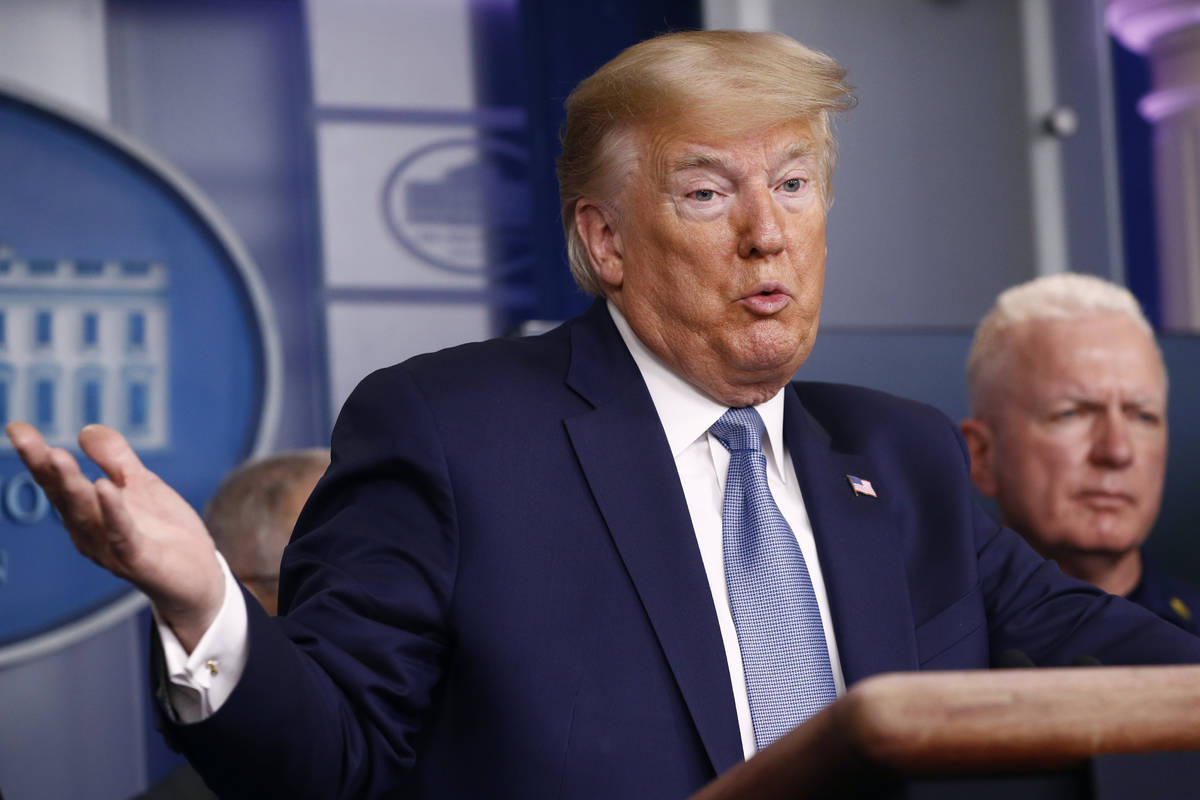 Every day, people in countries around the world bet on the upcoming U.S. presidential election.

But not in casinos in the United States.

Westgate sportsbook vice president Jay Kornegay would like to change that. The approval process won’t be easy, but he envisions a world in which people can bet on the race between Republican President Donald Trump and presumptive Democratic challenger Joe Biden instead of just arguing online.

Kornegay said he has been in discussions with senior executives at the Westgate about formally making a push to bring presidential election betting to Nevada.

“We’ve talked to people around the world,” he said. “The books that offer it say it outhandles the Super Bowl 10 times over. And it makes sense. Many more people have opinions about the election than about the Super Bowl.”

Nevada sportsbooks won $18.8 million on a handle of $154.7 million in wagers on February’s Super Bowl, according to the state Gaming Control Board.

The largest obstacle to the approval of election betting is the Nevada legislature. Control Board senior research analyst Michael Lawton affirmed in an email Friday that lawmakers, not just gaming regulators, would have to approve the change.

Attempts to persuade lawmakers in recent years have failed. Then-state Sen. Greg Brower, R-Reno, said in 2014: “Frankly, I think that something as important as elections, as opposed to games, should not be the subject of wagering in our state.”

Kornegay said he believes the climate has changed. He said the concern he has heard most was that betting might influence the election, but he pointed out that polls and betting odds about the race are already widely available.

Kornegay’s fellow bookmakers said they would welcome the chance to take bets on the presidential election.

William Hill sportsbook director Nick Bogdanovich acknowledged the legislative hurdles, but said that “if you could flip a switch (and have election betting), it would be great.”

“2016 was a bookmaker’s dream,” he said, referring to Trump’s victory as a heavy betting underdog over Hillary Clinton.

Circa Sports sportsbook manager Chris Bennett said he would “certainly be eager” to take bets on the election if Circa executives approved.

“Gaming has to be receptive to approving new gaming options,” he said, given the dearth of sporting events amid the coronavirus pandemic.

The response to the pandemic has certainly increased urgency among sportsbooks to find new options, but that concern was temporarily shelved after casinos shut down to help stem the rate of infection, Kornegay said.

The discussions about pushing for election betting happened between the time when most major sporting events were canceled or postponed and when the casinos shut down, he said.

The Westgate is not even operating its mobile app amid the shutdown.

“When everything changed, it’s not a top priority (anymore),” he said. “Maybe when things settle down, we’ll look at it. … We all understand that we have other things to deal with. We’re looking at the greater good.”

Meanwhile, in other jurisdictions, betting on the election continues. The Democrats were listed as -115 favorites over the Republicans (-105) to win the presidential election at the offshore sportsbook 5dimes on Saturday.