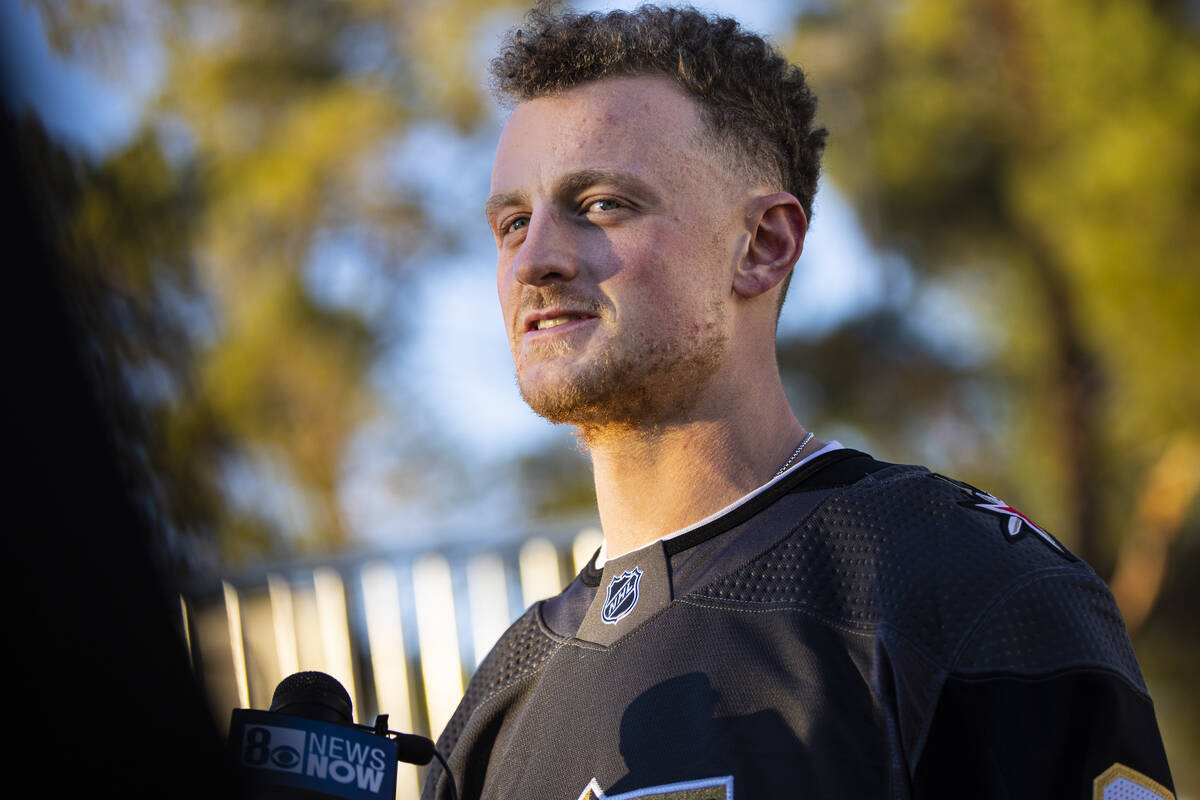 There could be a new face at Golden Knights practices soon.

Injured forward Jack Eichel is expected to arrive in Las Vegas this week, a person with knowledge of the situation said Monday.

Eichel is two months removed from undergoing artificial disk replacement surgery in his neck and has been rehabilitating in Charlotte, North Carolina, since the procedure.

“We’ll pick a time in January where our staff meets with Jack, his trainer and surgeon and coordinate a smooth transition of rehab from the group he’s been with to our own staff,” general manager Kelly McCrimmon said last month. “When we get to that point, he’ll then be part of our group every day and rejoin the team on a full-time basis. Then when he’s cleared to play and healthy to return, then he’ll return.”

Eichel sustained a herniated disk in his neck while playing for the Buffalo Sabres last season and underwent the procedure Nov. 12 in Denver. He originally was given a three- to five-month timeline for his return.

Video emerged of Eichel skating in Golden Knights gear at the start of December, less than three weeks after he became the first NHL player to have the ADR surgery.

He is cleared for most physical activities, but McCrimmon cautioned last month in an interview with the Review-Journal that determining when Eichel is ready for contact will be the most difficult decision and may take the most time.

Eichel, 25, was acquired in a trade Nov. 4 with the Buffalo Sabres in exchange for forwards Alex Tuch, Peyton Krebs and two draft picks. He hasn’t played since he injured his neck March 7 against the New York Islanders and remains on long-term injured reserve.

The Knights are set for a five-day break following Tuesday’s game against Toronto at T-Mobile Arena. The trip to Edmonton and Calgary that was originally scheduled for Friday and Saturday was postponed, but it’s not clear if Eichel will practice during that time.

As soon as Eichel returns to full strength, the Knights must determine how to fit his $10 million salary cap hit onto the roster. Winger Reilly Smith, a pending unrestricted free agent with a $5 million cap hit, is an obvious candidate to be moved.

But another solution the Knights reportedly are weighing is to acquire players who are on long-term IR and use those contracts to gain additional salary cap flexibility once Eichel is activated.

Tampa Bay is one team that’s effectively circumvented the cap that way and is using the $6.875 million cap hit from retired defenseman Brent Seabrook for that purpose this season.

Anaheim’s Ryan Kesler ($6.875 million cap hit) was one contract the Knights could take on, according to The Fourth Period. Kesler hasn’t played since 2019 because of hip injuries. His deal expires after this season.

The Knights have defenseman Alec Martinez ($5.25 million) on long-term injured reserve for the time being, and left wing Max Pacioretty ($7 million) is sidelined indefinitely after he had wrist surgery.

But based on timelines provided by coach Pete DeBoer, both players are expected to return at some point during the regular season and won’t be stashed on injured reserve until the playoffs when the salary cap is no longer in effect.