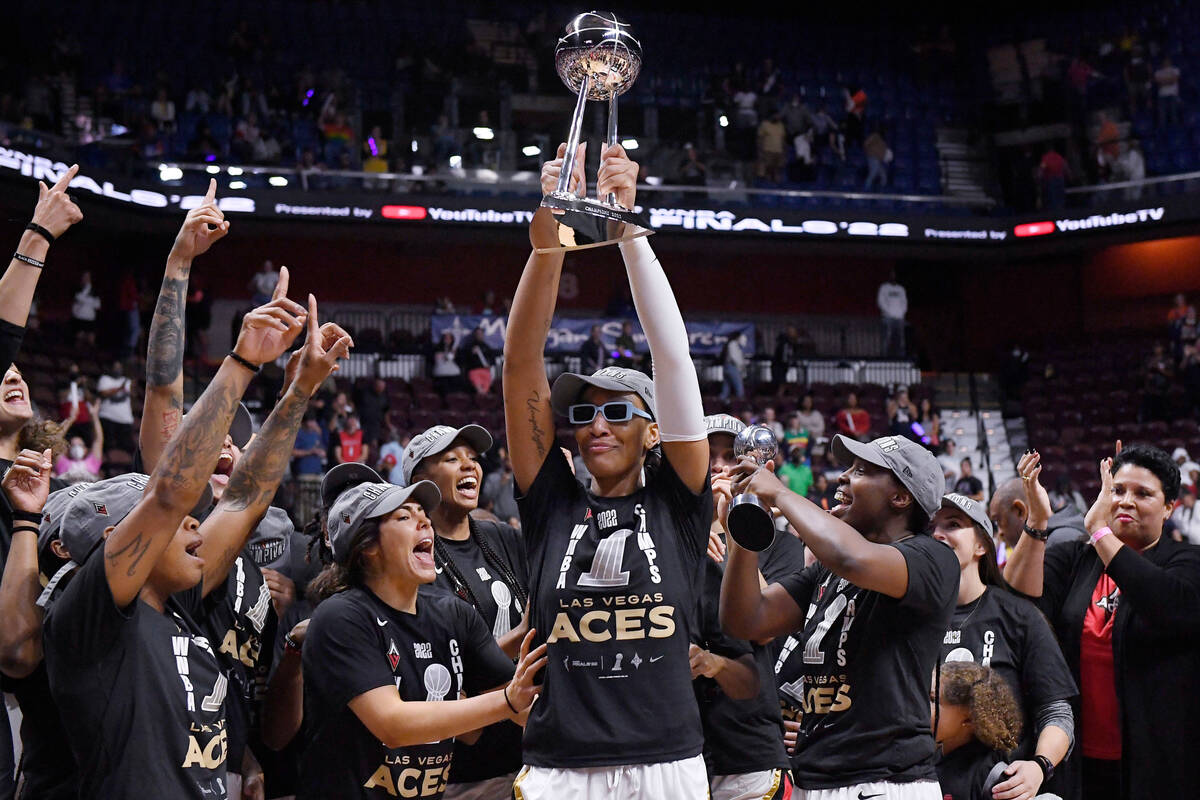 Las Vegas Aces' A'ja Wilson holds up the championship trophy as she celebrates with her team their win in the WNBA basketball finals against the Connecticut Sun, Sunday, Sept. 18, 2022, in Uncasville, Conn. (AP Photo/Jessica Hill) 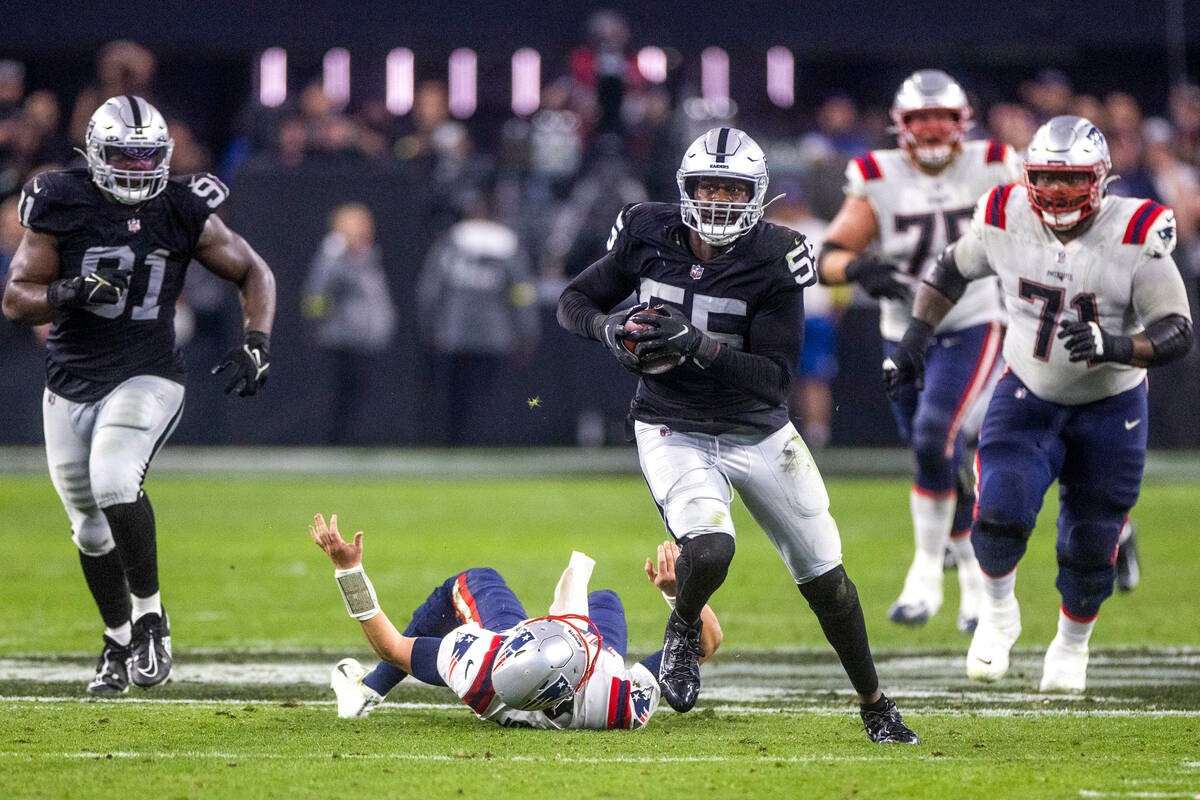 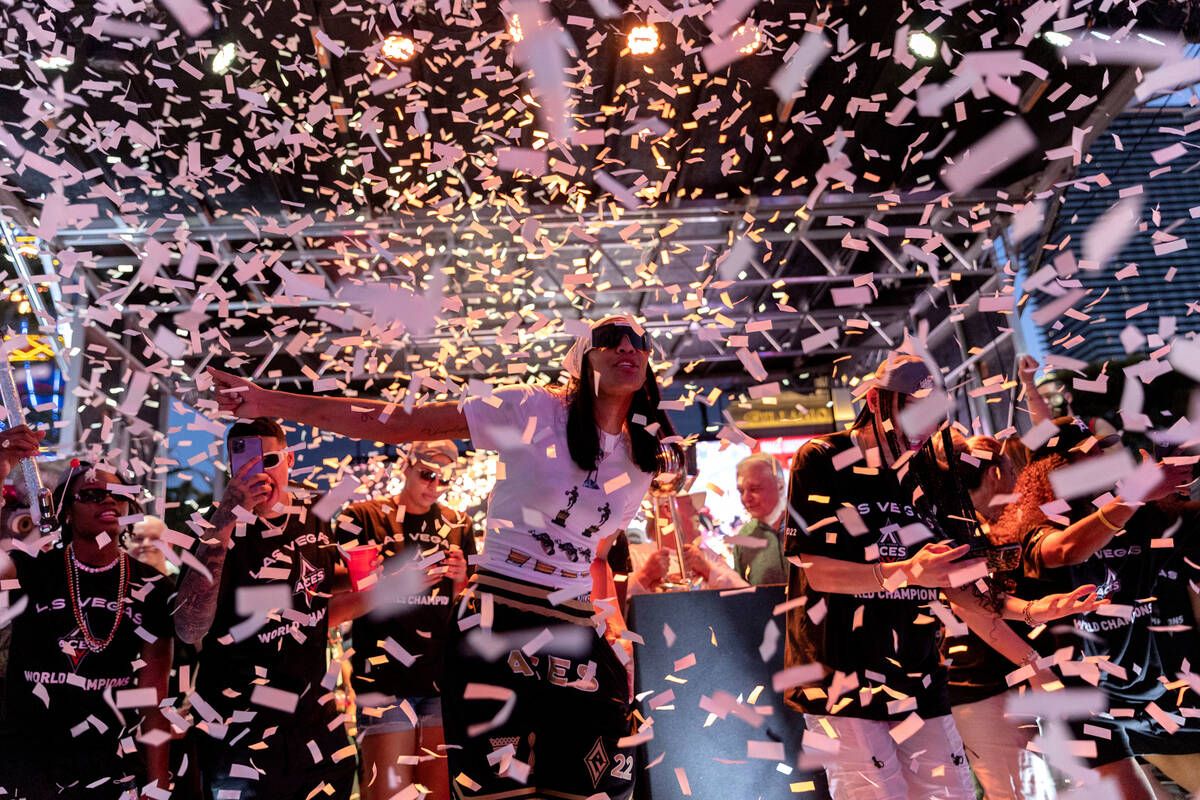 Confetti rains down on the 2022 WNBA Champions, the Las Vegas Aces, during a parade to honor the team, Tuesday, Sept. 20, 2022, on the Las Vegas Strip. (Ellen Schmidt/Las Vegas Review-Journal) @ellenschmidttt 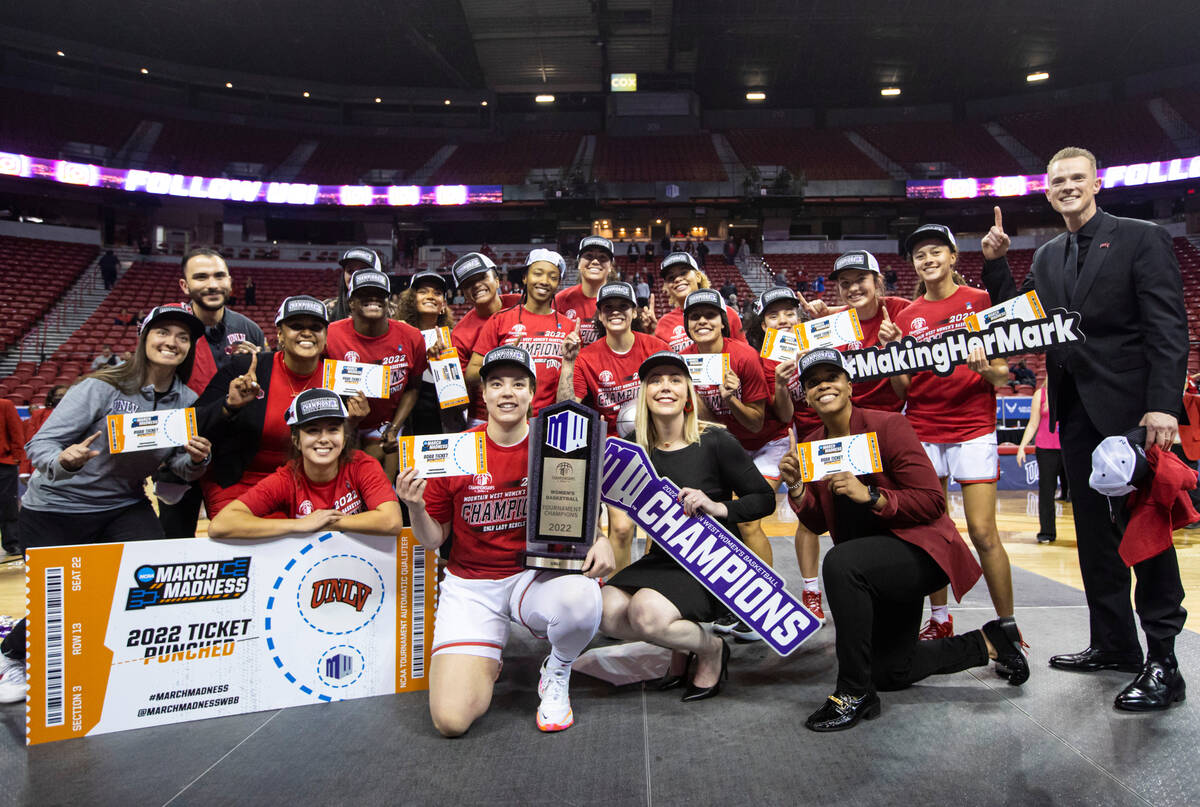 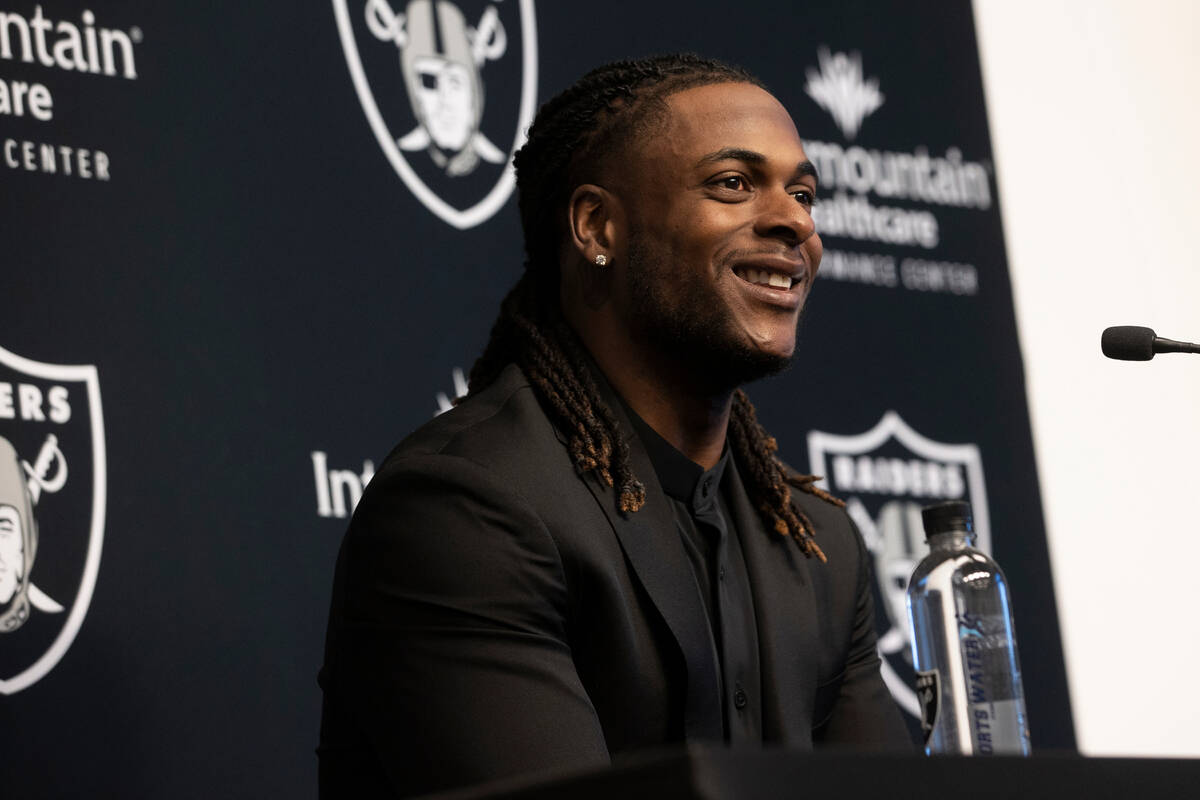 There is a case to be made that 2022 will be remembered as the year that launched Las Vegas into a new stratosphere as the unquestioned sports capital of the world.

Evidence to that effect has steadily accumulated over the last several years.

But this year took all of that to another level. It was almost surprising when major sporting events were announced for anywhere but Las Vegas, and that trend is only going to continue.

But there were also memorable moments on the fields of play this year, particularly the WNBA championship trophy won by the Las Vegas Aces.

Coach Becky Hammon guided the talented squad that dominated the awards circuit to a title and on a celebratory parade that won’t soon be forgotten. She was named coach of the year in her first season. A’ja Wilson earned her second MVP award in three seasons, Jackie Young took home the Most Improved Player award and Chelsea Gray was the Finals MVP. That doesn’t even include leading-scorer Kelsey Plum, whose fame soared this year.

They weren’t the only women’s basketball team that had a great 2022 in Las Vegas. Lindy La Rocque returned to her hometown to guide the UNLV Lady Rebels to their first NCAA Tournament appearance in 20 years and has them on track for a return visit this season.

The UNLV men’s team is also off to a great start in 2022 with a familiar face at the helm. Former Rebels guard Kevin Kruger led the team to an 11-1 non-conference record.

While the two local major franchises from the traditional leagues provided more forgettable moments that treasured memories, fans in Las Vegas did get to track the progress of two homegrown talents in Bryce Harper and Bryston Stott starting for the Phillies in a World Series loss to the Astros.

It was a pair of games that largely flew under the radar until they actually took the floor and captured the basketball world’s attention, with Henderson leading the G-League Ignite to a win in the opener and Wembanyama getting his revenge for Metropolitans 92. They will meet many more times over the years in the NBA.

Even the disappointing Raiders provided two memorable moments at Allegiant Stadium, as well as a monumental offseason acquisition when they acquired superstar receiver Davante Adams.

The first came back in January when they were able to outlast the Chargers in perhaps the best regular-season game of the 2021 season. In the final game on the league’s schedule, the Raiders needed just a tie to clinch a return trip to the playoffs only to do even better by making a field goal in the closing seconds of overtime to set off a celebration.

Eleven months later, they accepted a gift a week before Christmas when Chandler Jones snagged an inexplicable desperation lateral out of the air and ran over New England’s Mac Jones on his way to the end zone to score one of the most improbable walk-off victories in NFL history.

At some point, the baffling blunder by the Patriots will have a nickname that sticks like some of the other most famous game-winning plays in league history.

“Lateral Damage” could be a front-runner. “Hail Moron” seems even more appropriate. Eventually, there will be a consensus as the play will be remembered throughout NFL history.

One thing is for sure: With Las Vegas well on its way to even bigger things as a sports town, 2023 and beyond will be even more memorable.