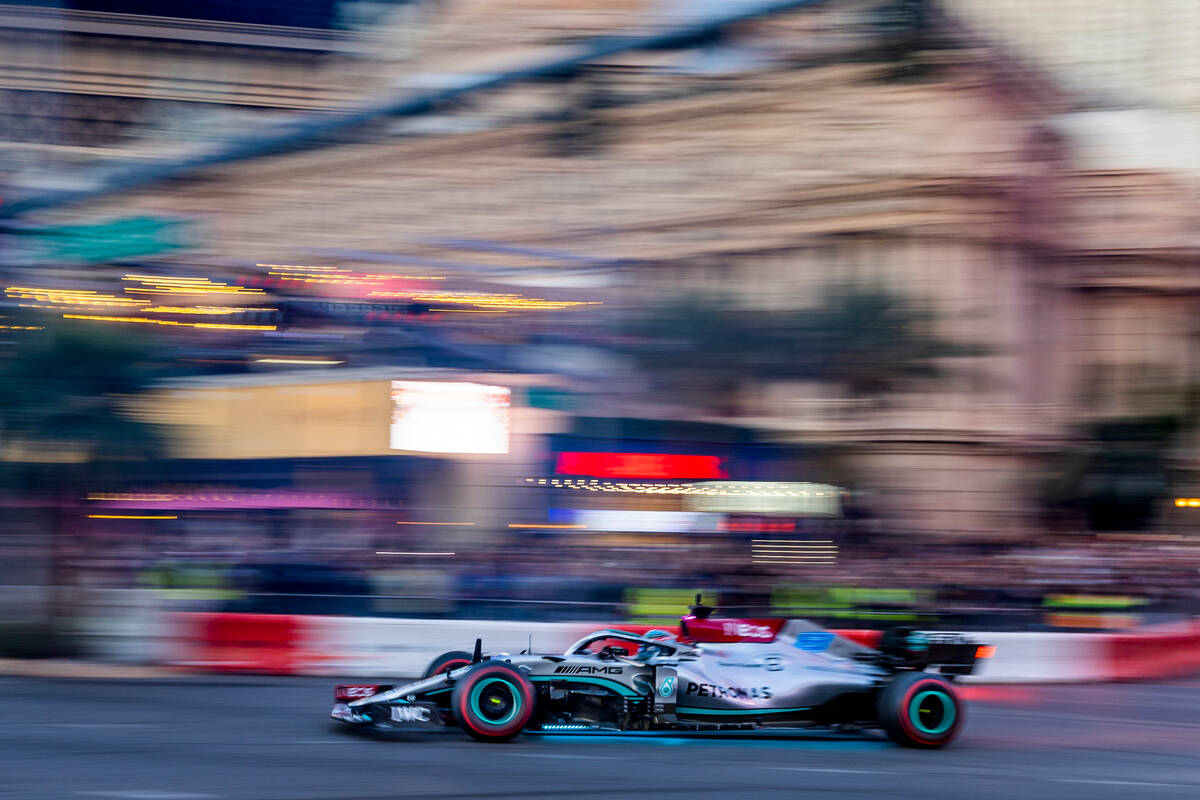 Racer George Russell turns out of the Paris while racing down the Strip during the Formula One Las Vegas Grand Prix Fan Fest on Saturday, Nov. 5, 2022, in Las Vegas. (L.E. Baskow/Las Vegas Review-Journal) @Left_Eye_Images 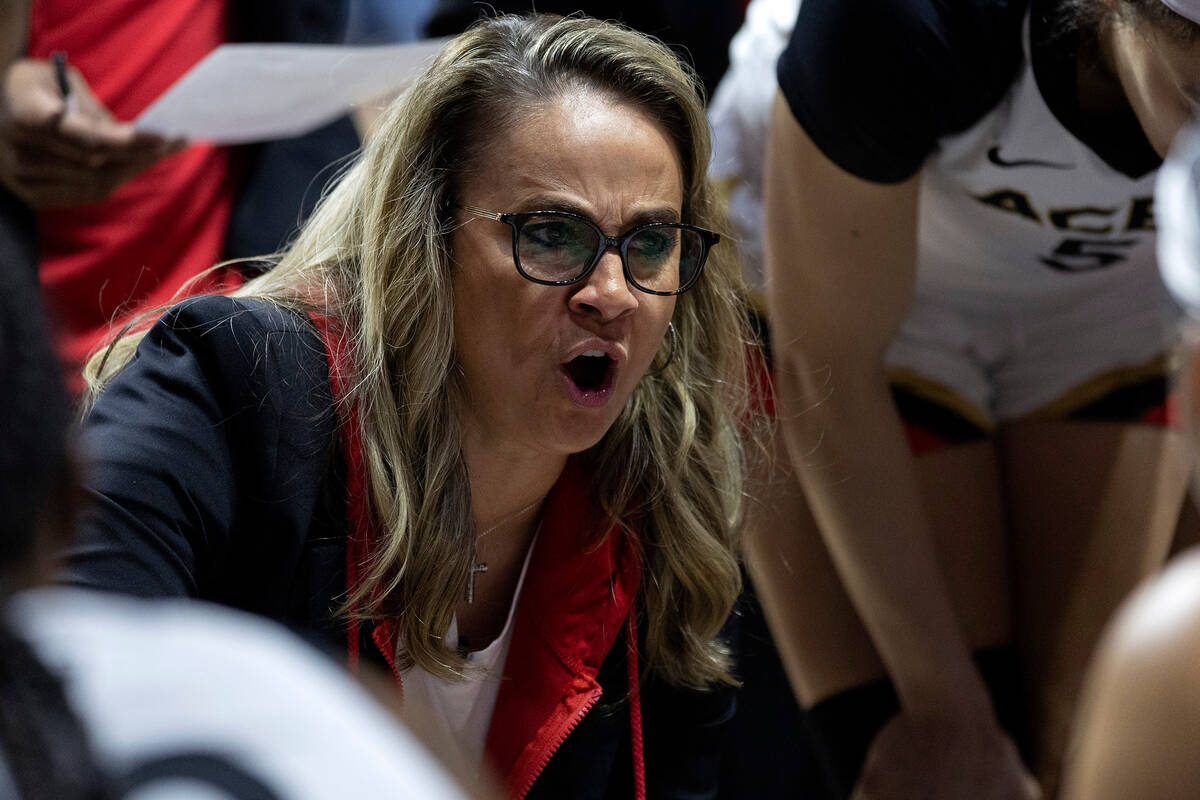 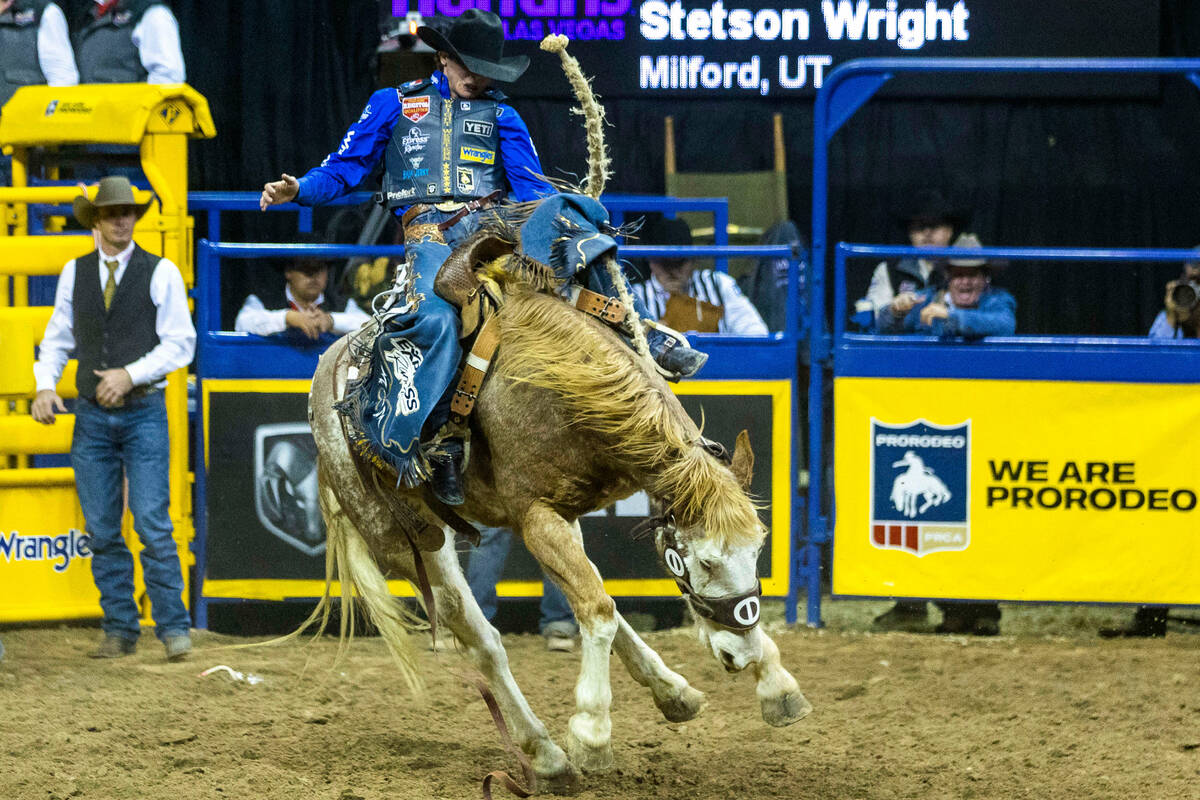 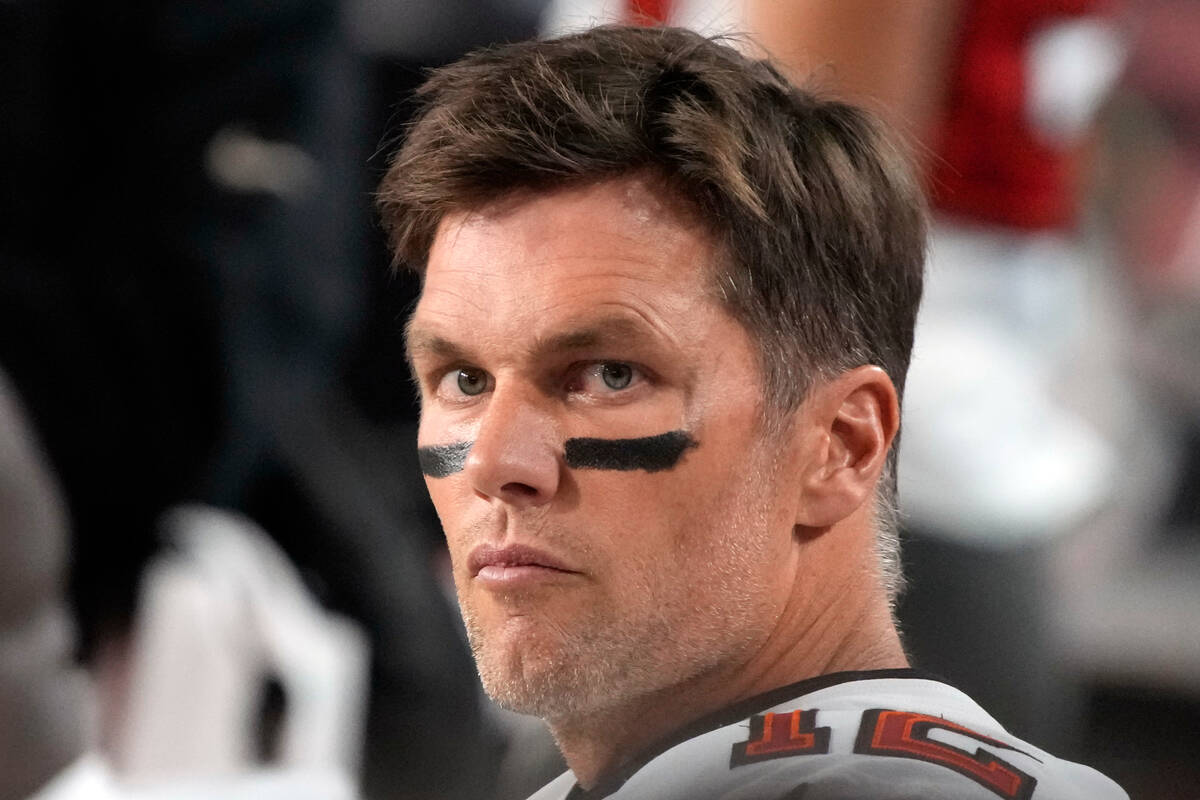 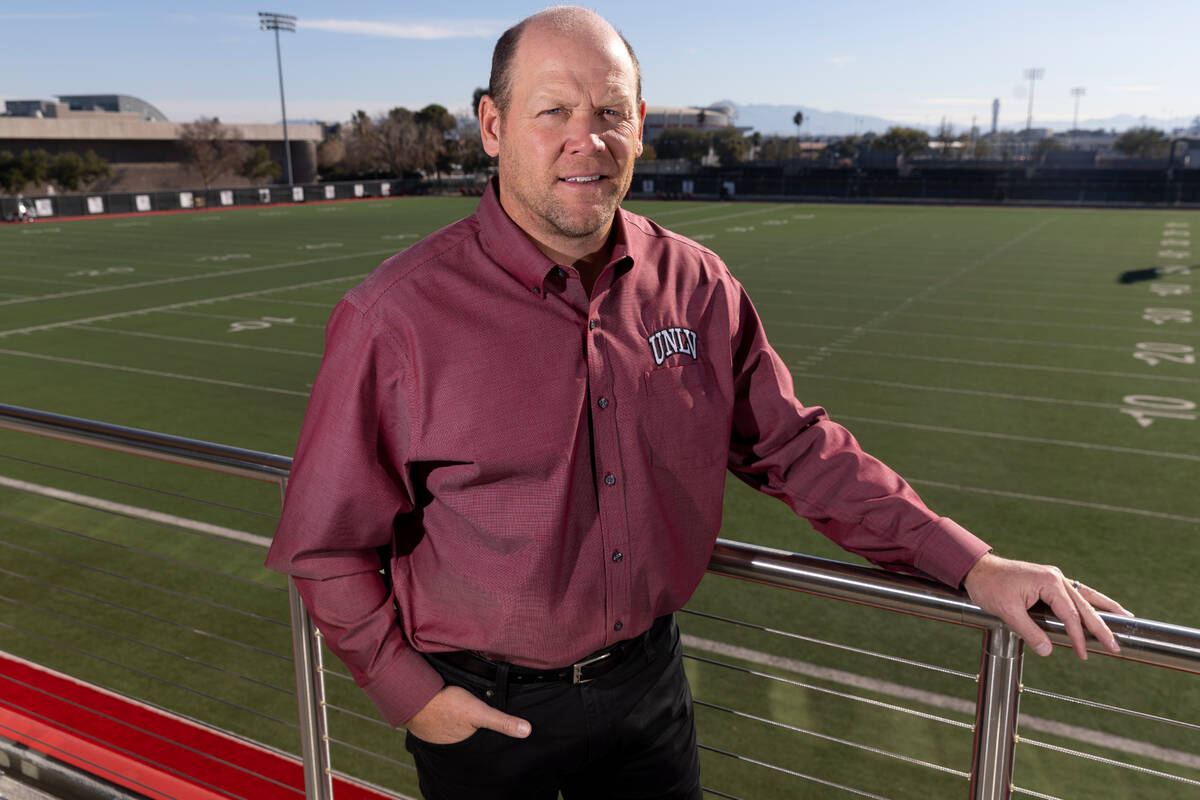 It’s not news. Has been the case for some time now.

That’s what happens when your town is granted a Formula One race in 2023, Super Bowl in 2024 and a Final Four in 2028. But those are global events.

Things are just as busy locally on an annual basis.

Here, then, are some storylines in alphabetical order to consider across Southern Nevada for the coming year of 2023.

ACES: The defending WNBA champions have the league’s best player (A’ja Wilson), point guard (Chelsea Gray) and coach in Becky Hammon — giving them one heck of a chance to repeat and build on the already palpable buzz created at Michelob Ultra Arena.

AUTO RACING: A major addition is the return of Formula One to Las Vegas after a 40-year sabbatical. Instead of navigating a temporary road circuit in the Caesars Palace parking lot, the world’s most highly developed race cars will speed up and down a 17-turn, 3.08-mile circuit Nov. 16-18 that will encompass the iconic Las Vegas Strip.

BIG LEAGUE WEEKEND: The Aviators announced a matchup between the A’s and Reds on March 4-5 at Las Vegas Ballpark.

BOXING: Canelo Alvarez may fight this May in the United Kingdom, opening up the coveted Cinco De Mayo date for another marquee fight here in Las Vegas. Plus, we’re looking at a potential Gervonta Davis/Ryan Garcia mega fight here in April, marrying two of the biggest stars in the sport in a bout that could generate more than 500,000 pay-per-view buys.

GOLDEN KNIGHTS: Playoffs. That would be a major leap back to relevancy after the team missed the postseason for the first time in franchise history last year. The Western Conference hasn’t proven all that powerful thus far, meaning the Knights seemingly have a solid chance under first-year coach Bruce Cassidy to challenge for a spot in the Stanley Cup Final.

IGNITE: The city’s G-League team plays out of the Dollar Loan Center and its regular-season schedule runs through March. Check out several players who have NBA futures, including guard Scoot Henderson (when healthy), the likely No. 2 overall selection in this year’s draft.

(OAKLAND/LAS VEGAS) A’s: The baseball team’s Las Vegas relocation efforts will approach the two-year mark in May, with the team being down to two potential Southern Nevada ballpark sites for the past several months. One is on land where the Tropicana is located. The other is the Las Vegas Festival Grounds on the north end of the Strip. Despite the A’s mulling over the two sites since the summer, neither has emerged as a favorite.

The A’s are interested in a public contribution of some sort, locally or at the state level, a source told the Las Vegas Review-Journal. But elected leaders in Clark County and Nevada don’t have the appetite for that.

Once Gov.-elect Joe Lombardo is sworn in on Tuesday, replacing Gov. Steve Sisolak, his stance on public funds and pro sports ventures should come to light.

LVMS: The Speedway will have a different look this year in terms of two popular names.

Kurt Busch, the older of Las Vegas’ two NASCAR racing brothers and 2004 Cup Series champion, suffered a serious concussion in a qualifying crash in July that sidelined him for the remainder of the 2022 season and hastened his retirement from full-time competition at age 44.

Meanwhile, younger brother, Kyle Busch, the 2015 and 2019 Cup Series champion, will be switching teams — from Joe Gibbs to Richard Childress Racing. Busch’s longtime sponsor, Mars, Incorporated. pulled out of the sport at the end of the 2022 season, prompting the 37-year-old star driver’s change in scenery.

MARCH MADNESS: Call it an appetizer to that main event of a Final Four being hosted at Allegiant Stadium.

The NCAA’s West Regional will play out March 23 and 25 at T-Mobile Arena, where the region’s Sweet 16 and Elite Eight of the men’s tournament will be decided.

MMA: Hold on to your Octagon. It is believed 2023 will at some point include the return of UFC champions Jon Jones and Conor McGregor.

NFR: If 2023 is anything like 2022, it should be all about the numbers at the National Finals Rodeo.

The 10 performances at the cowboy Super Bowl attracted 173,350 paying spectators, up from 169,539 in 2021. The crowd for the final round was 17,788 — the highest single-day attendance since 2014 when the Thomas & Mack Center was renovated, reducing seating capacity.

The NFR also ran its streak of consecutive sellouts to 350.

PREPS: High school sports in Southern Nevada will look different after the new realignment cycle for the 2023-24 school year. The Nevada Interscholastic Activities Association’s goal is to create better competitive balance in all sports across the state in the next two-year cycle.

The most noticeable change is coming to football, where the NIAA Realignment Committee gave preliminary approval to a six-team Open Division — that would include Bishop Gorman — for the playoffs next season. The proposal still needs final approval from the NIAA Board of Control.

RAIDERS: The No. 1 offseason question will be who the Raiders will have at quarterback next season.

If Derek Carr isn’t around, and he certainly appears headed elsewhere after being benched for this season’s final two games, could Tom Brady be an option in Las Vegas? He loves slot receivers and tight ends and the Raiders have talented bodies at each spot. Brady, however, has certainly regressed and the Raiders’ offensive line remains average at best. The defense needs major upgrades at key spots.

SILVER KNIGHTS: It hasn’t been the greatest of starts this season for the town’s American Hockey League team, but there’s always a chance (a great one, in fact) to see those prospects that have or will join the Golden Knights up Highway 215.

Men: If non-conference play and an 11-1 record told us anything, it’s that Kevin Kruger’s second UNLV team should be good enough defensively to have a chance at contending in the Mountain West. This, despite a loss at San Jose State to open league play.

Sophomore guard Keshon Gilbert took a massive step forward ahead of his second season in Las Vegas, and Kruger recruited a group of savvy, veteran players from the transfer portal in EJ Harkless, Luis Rodriguez and Elijah Parquet to bring experience and an NCAA Tournament pedigree to the Thomas & Mack Center.

Women: Now in her third season, Las Vegas native and coach Lindy La Rocque is aiming to guide the women back to another Mountain West title and second consecutive appearance in the NCAAs.

The Lady Rebels had their best start in 32 years to begin this season, keeping a perfect record through their first seven games despite La Rocque missing a few following the birth of her first child. UNLV hasn’t been to consecutive NCAA Tournaments since taking three trips between 1988-91.

It will be Year No. 1 of the coach Barry Odom Era, and we’ll get to see how his defensive expertise — along with the offensive mind of new coordinator Bobby Petrino — fares. One key non-conference game is Sept. 9 at Michigan.

XFL: The Vegas Vipers are coming to a (yet to be named) location near you beginning in February.