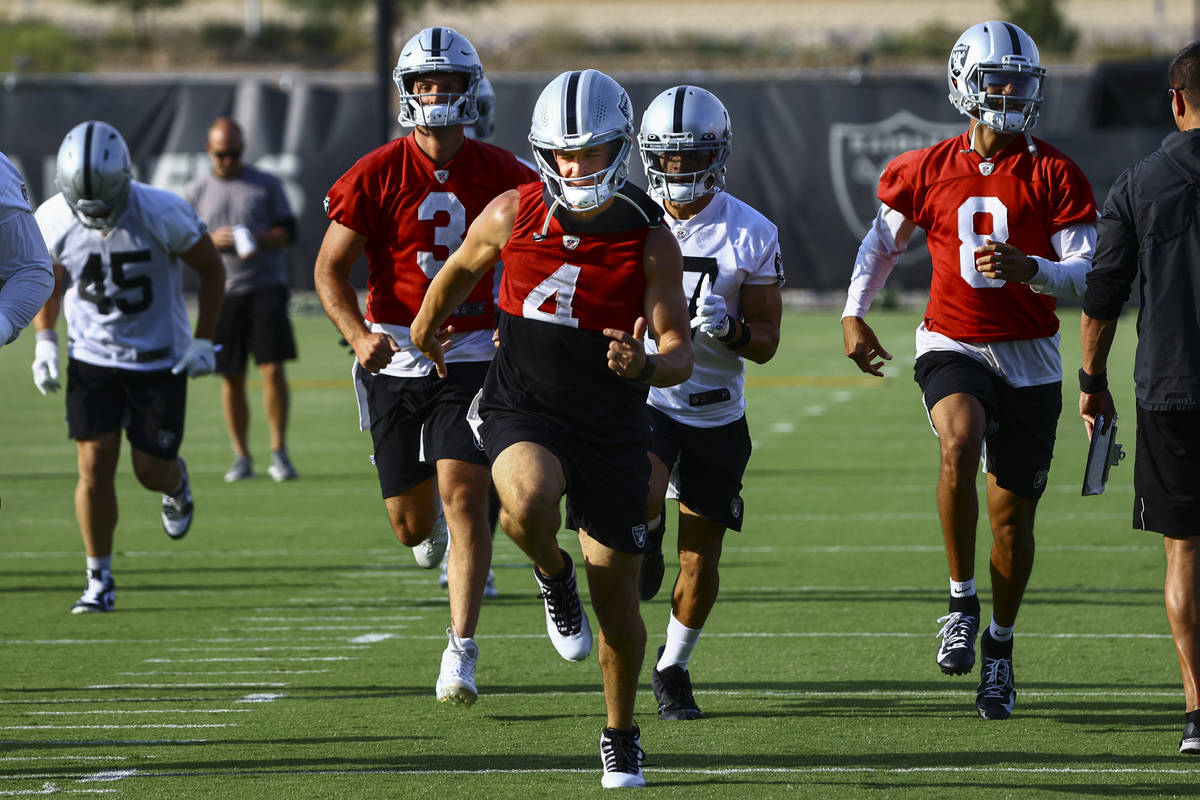 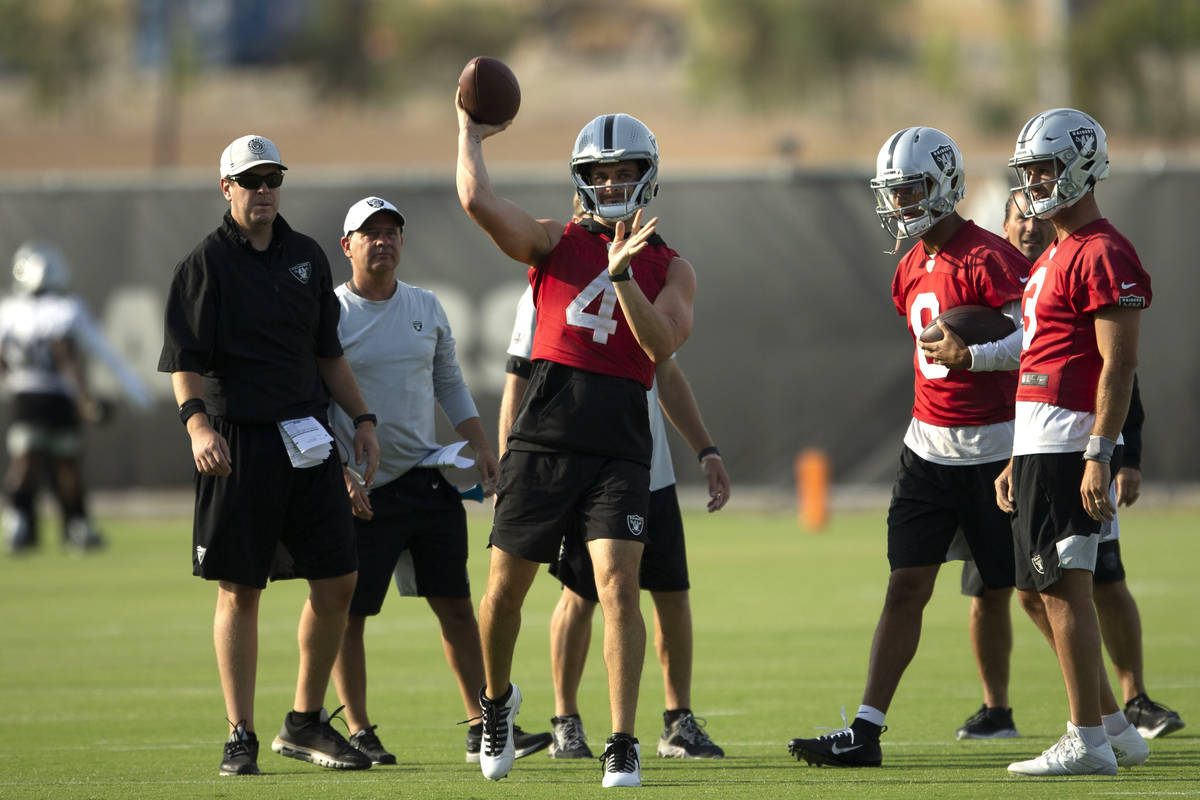 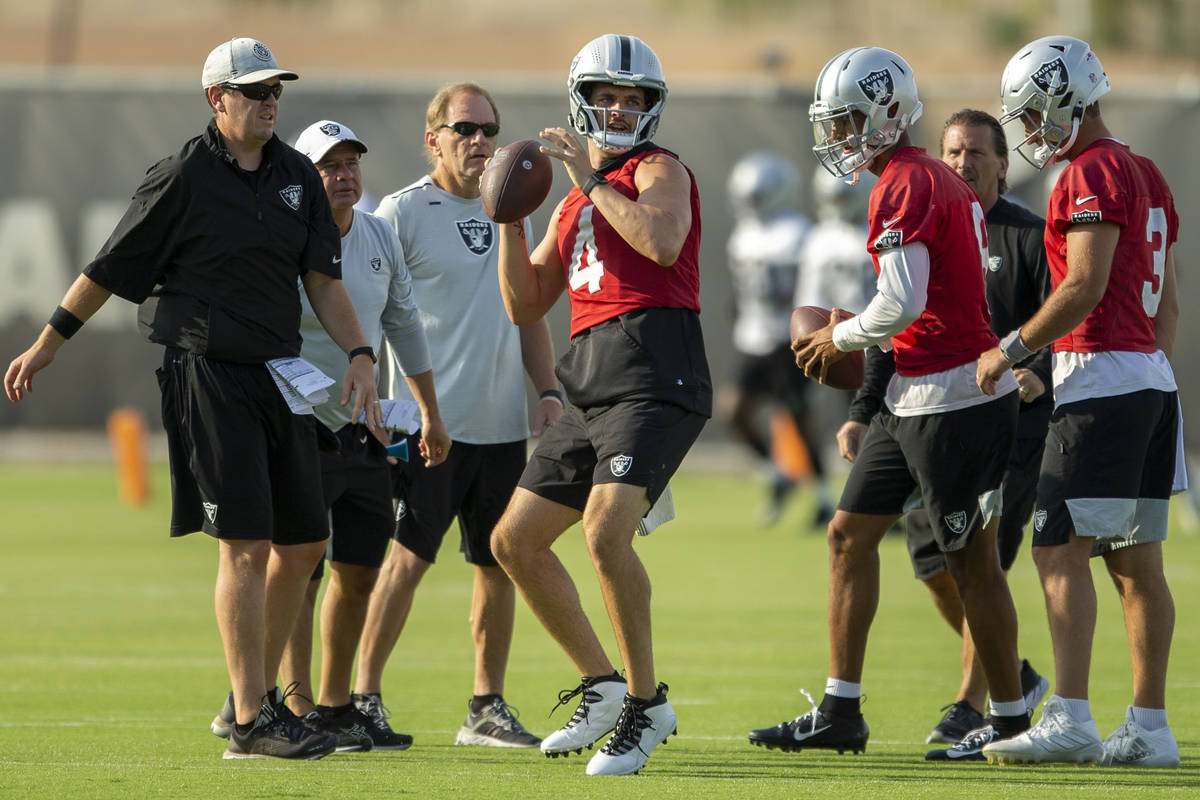 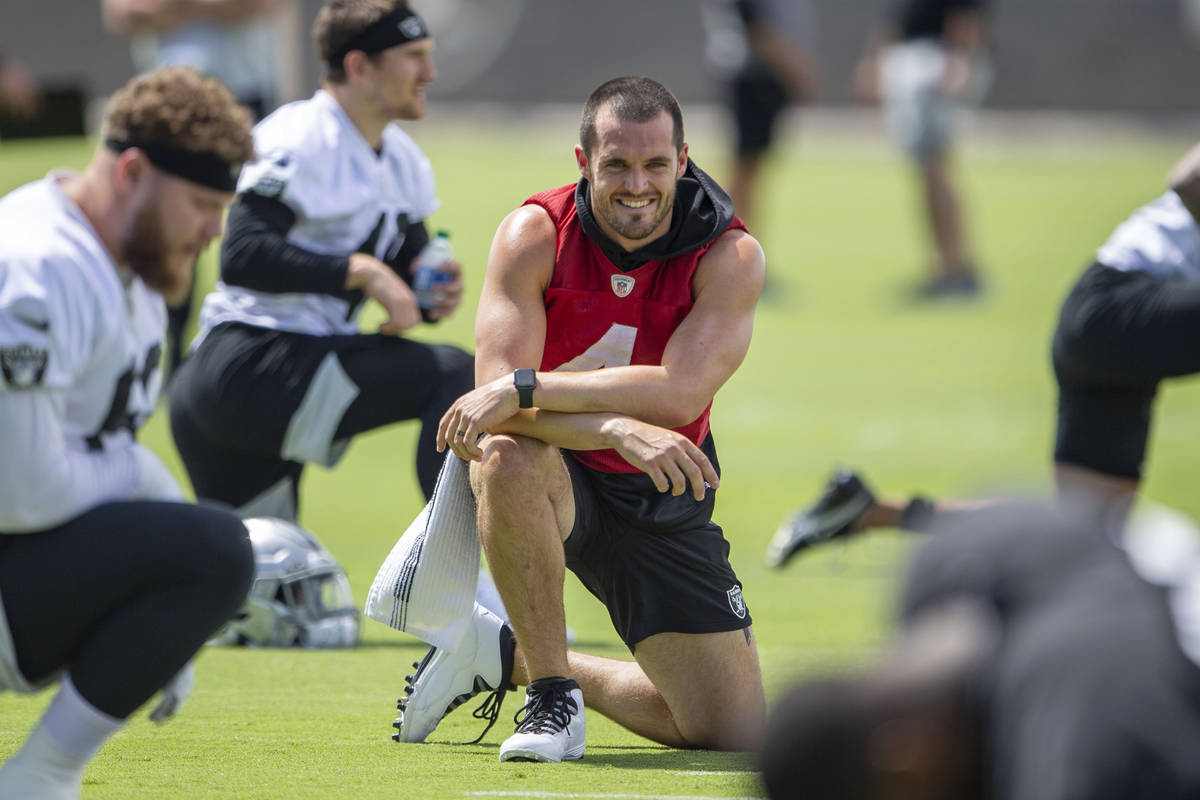 Speaking to the media for the first time this offseason, quarterback Derek Carr said he’d rather “quit” than play for anyone other than the Raiders.

“There’s still more and I want to do it here,” Carr said when asked why he hasn’t joined the chorus of NFL quarterbacks publicly complaining about their situations this offseason. “I don’t want to do it anywhere else. I’ve said it over and over. I’d probably quit football if I had to play for somebody else.

“I am a Raider for my entire life. I’m going to root for one team for the rest of my life and that’s the Raiders. I just feel that so strong in my heart. I don’t need a perfect situation to make things right.”

“I just think personally that would be a better story for my life,” he said. “For other people, if they want to do other things, that’s great. I’d rather go down with the ship if I have to. That’s just my personality.”

After Carr spoke via zoom with the media, he gave an exclusive interview to the Las Vegas Review-Journal.

Here is the conversation edited for clarity and length:

Vincent Bonsignore: You are heading into the last two years of your contract. Are you interested in doing a contract extension, and at what point would you like to get something done?

Derek Carr: That’s something that I know coach Gruden and my agent and Mr. Mayock, they’ve had those discussions. … If they can get something done, and they can bring it to me, awesome. That would be awesome. But it’s such a non-issue and such a non-topic for me because my mind is fixed on winning a championship, and that’s it.

VB: Across all sports, more and more players are beginning to wield their power in order to dictate their futures. Has it ever crossed your mind to do something similar?

DC: I’d be lying to you if I said I haven’t had guys on other teams that have been on perennial Super Bowl-contending teams that have called. … I’ve probably had 20 conversations like that with multiple people on teams where they’re saying “come be our quarterback’’ and those kinds of things. But again, I don’t think this ship is going down, but if it does I’d rather go down with it. That’s just how I grew up.

This will be my eighth year here. The Raiders have been great to me. So I haven’t had any problems. … I want to win a championship, don’t get me wrong, I want to do that. I’ve already made money, I can go play golf the rest of my life if I want to. But that’s not what drives me. What drives me is holding up that Lombardi Trophy as the Raiders’ quarterback.

VB: You are now heading into Year Four with Jon Gruden, which might actually be a surprise to some people who predicted he’d go in a different direction at quarterback when he got hired. How is that relationship?

DC: What people don’t understand is how close we are. Not just football, but off the field. Whether it’s him texting videos of his dog and what they’re doing, and I’m sending him videos of my kids hitting baseballs in their first game. People don’t understand that. And we’re going on four years together … But we honestly care about one another. We love one another. We grind together. He pushes me. I push him. It’s a great relationship. And I told him, man, I don’t want to play for anybody else. I’m playing for you. This has been the most fun playing quarterback I’ve ever had.

VB: What are your thoughts on wide receiver Henry Ruggs as he heads into his second season?

DC: Man, he’s been impressive. The way he’s running routes. He’s being violent in his cuts. I think something clicked in his head. Just like with everybody, you play a season in the NFL, you go back and watch the tape and you’re like “Wow, I know what it takes now.” And you either do it or you don’t. And he’s showing already that he said,”Nah, I’m going to do it.” And it’s been so impressive.

Even what he did last year, with no OTAs, was impressive. Maybe he didn’t have a breakout season, a thousand-yard season or anything like that. But things he did for us in certain moments, it was impressive. So now he knows the offense, he knows the quarterback, he knows who’s around him, all those things. He’s working with me after practice. I’m very excited for Henry. Now he’s gotta go do it.

VB: You talked about how important it was last year to convert that last-second two-point conversion to beat the Broncos in the season’s last game, especially after failing in that same situation the year before, and how it could set the stage coming into this year. Has that carried over?

VB: The Raiders made some surprising moves on the offensive line by trading veterans like center Rodney Hudson and guard Gabe Jackson. In their place are young guys like Andre James and Alex Leatherwood. Your thoughts on those changes?