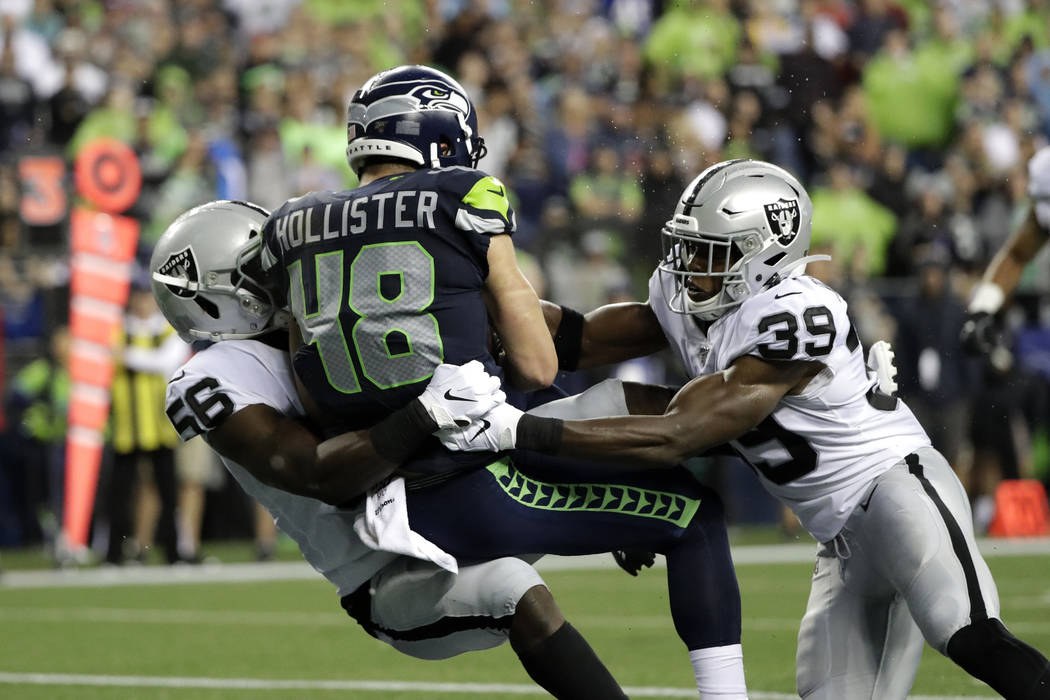 Seattle Seahawks tight end Jacob Hollister (48) scores a touchdown after a reception as he is tackled by Oakland Raiders' Te'Von Coney, left, and Jordan Richards, right, during the first half of an NFL football preseason game Thursday, Aug. 29, 2019, in Seattle. (AP Photo/Elaine Thompson) 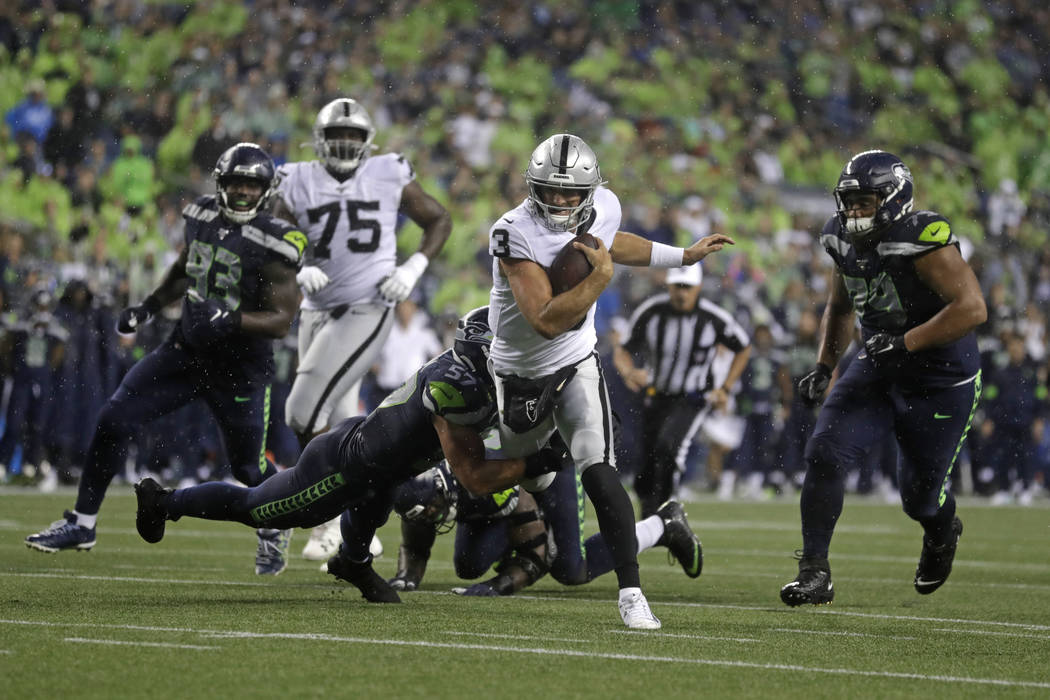 ALAMEDA, Calif. — The final episode of “Hard Knocks” generally centers on cutdown day and the emotional conversations between coaches and the players they are sending to the unemployment line.

There wasn’t much of that on Tuesday night as it would appear the Raiders were more restrictive than teams in past years about where cameras were allowed and how much of that process could be shown.

Several other stars of the show also had their fate revealed as the five-episode season came to an end.

Here are five takeaways from Tuesday’s episode of the HBO documentary:

So much of the show has been centered on the star receiver’s foot issues and helmet problems.

While there was a little more of that on Tuesday, highlighted by his teammates and coaches chirping him about his new headgear, viewers were reminded of exactly why people care so much about Brown.

He can do amazing things on the football field.

An early montage showed Brown making several nice plays, including an acrobatic catch where he somehow tapped his frostbitten toes inbounds as he corralled a juggled ball along the sideline.

Raiders fans hope to see a lot more of that now that the offseason drama seems to be in the past.

One of the main storylines of training camp was the backup quarterback competition between Nathan Peterman and Mike Glennon.

While both quarterbacks were kept on the initial roster, Peterman headed to injured reserve and DeShone Kizer was brought in.

Gruden told reporters Monday that Peterman suffered an elbow injury during the final preseason game that wouldn’t require surgery. The show revealed exactly when it happened.

Peterman took a third-quarter sack from cornerback Akeem King, fumbling on the play. He tested his arm on the sideline, but felt a twinge in his right throwing arm.

He finished the game, nearly leading a comeback, but the damage was done.

3. Marshall could read the tea leaves

When the veteran linebacker and Las Vegas native was released by the team last week, the move was generally met with surprise.

He had been working with the starters throughout training camp and provided not only a veteran presence, but a coverage ability the unit sorely lacked last season.

Even his teammates expressed shock at the team’s decision during one locker room scene shown Tuesday night.

But the producers cut together several clips of Marshall telling teammates he wasn’t secure with his spot on the roster after missing time in the offseason and taking time to work back from a knee injury.

One thing that was learned about Marshall was the role Peyton Manning had in getting him from the practice squad to the active roster in Denver.

The UNR and Cimarron-Memorial alum said his standout performances on the practice field inspired Manning to tell coaches he deserved a promotion. It finally came when Von Miller headed to injured reserve late in the 2013 season.

Jon Gruden may make $10 million per season, but even he has a tough time with the cost of living in the Bay Area.

An early scene shows Gruden joking about gas prices in the area being the reason he and defensive coordinator Paul Guenther carpool to work together.

The interaction also provided a glimpse into the eclectic musical taste of Gruden whose giddiness over a track by Lifehouse is surpassed only by his unadulterated joy when Metallica’s “Wherever I May Roam” hits the speakers.

There was a noticeable absence of references to the Raiders future in Las Vegas.

That finally changed in the final five minutes of the last episode.

A feature on Mark Davis honoring his late father by keeping his office intact at the team’s headquarters transitioned to Davis speaking at the Allegiant Stadium topping off ceremony in Las Vegas.

It seemed only fitting to end the season with a nod toward the team’s future home.

4
Raiders, NFL playing more and more by the numbers

5
Trayvon Mullen vs. Julio Jones a key matchup vs. Falcons 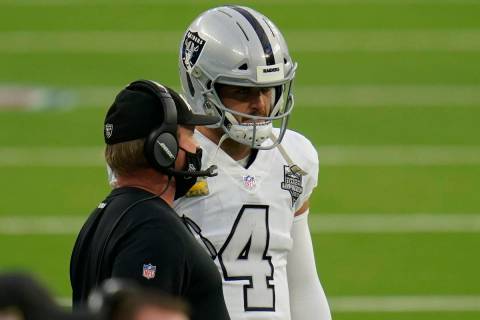 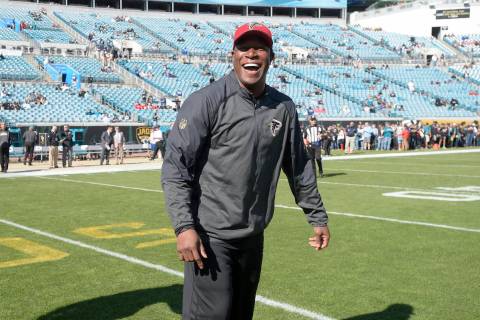 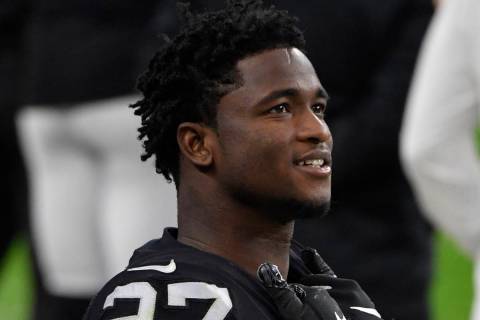 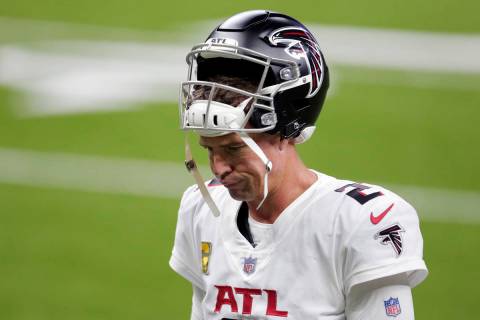 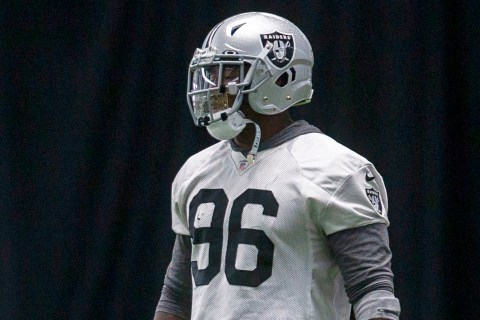 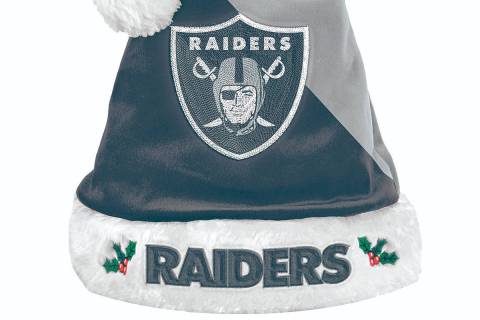