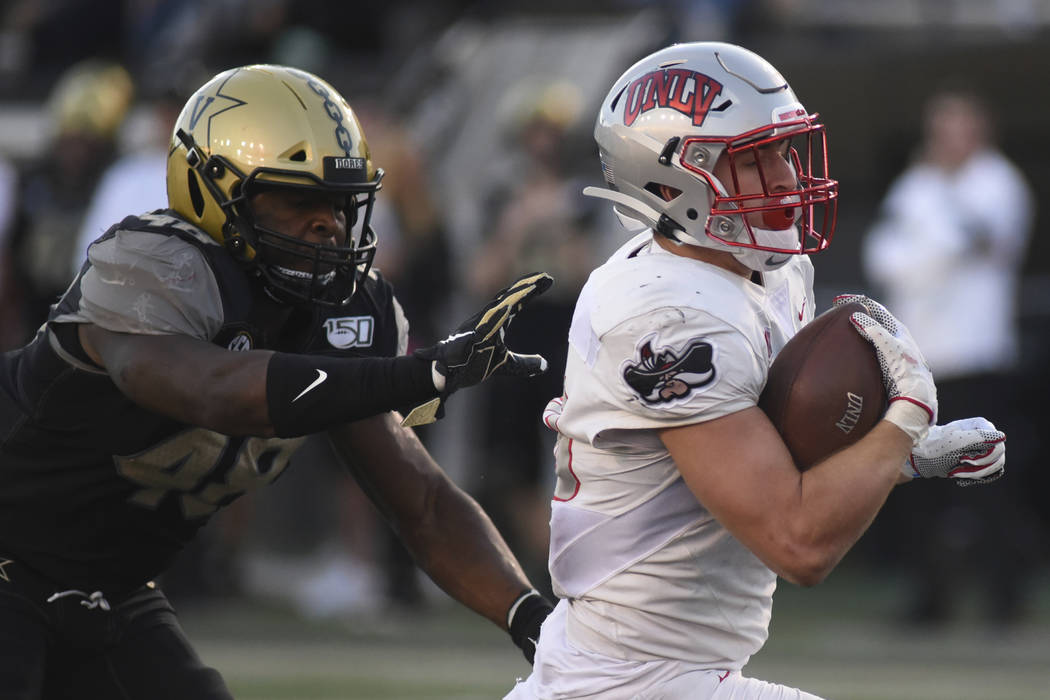 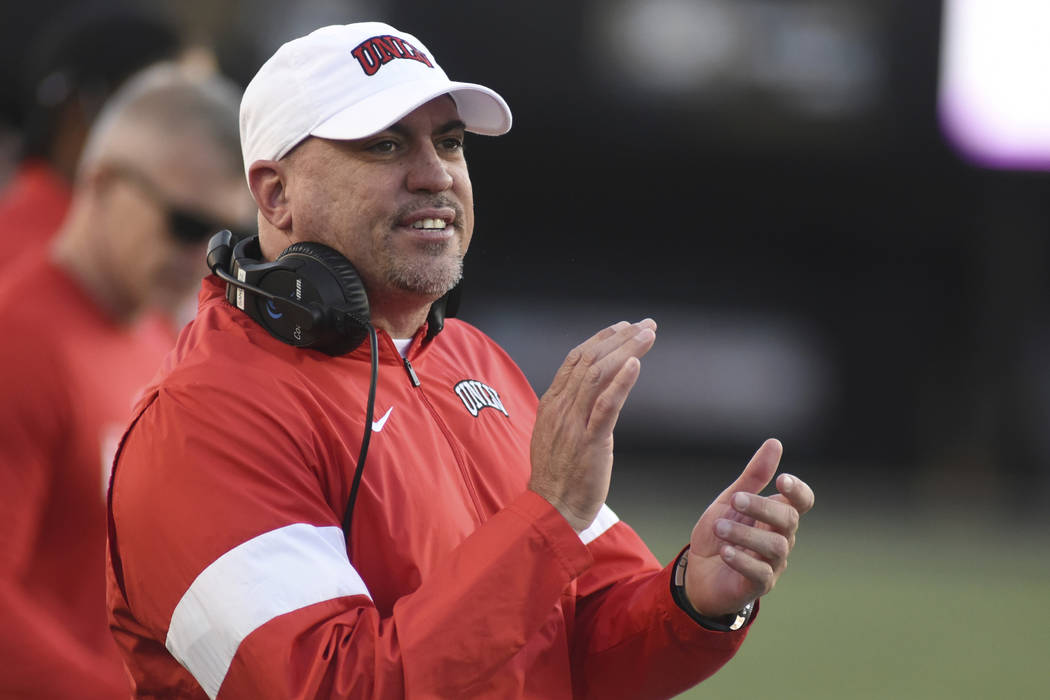 This is not an entirely new place for UNLV.

The Rebels have pulled off startling victories and often struggled to build on them.

To make Saturday’s 34-10 upset victory at Vanderbilt truly count, the Rebels (2-4, 0-2 Mountain West) need to make sure it’s not a one-off and instead creates momentum for a strong second half of the season. UNLV’s first chance to make that happen is at Fresno State (2-3, 0-1) at 7 p.m. Friday.

“There are a lot of things to build on,” coach Tony Sanchez said Monday. “We played well, but now we’ve got to continue to do it. I think that’s the biggest thing.”

If the Rebels are to build on the victory at Vandy, they will need to buck their history.

UNLV registered victories over ranked teams in 1981, 2003 and 2008 that created hope in each of those seasons. But instead of rolling to eight- or nine-win seasons, the Rebels won six games twice and five the other time, failing to make a bowl each year.

The one notable exception also was the most recent. In 2013, an 0-2 UNLV team rallied from 21-0 down to defeat Central Michigan and begin a four-game winning streak that ultimately helped put the Rebels in the Heart of Dallas Bowl.

That stretch of games also saved coach Bobby Hauck’s job. At least for a year.

Sanchez is in a similar spot for UNLV. Athletic director Desiree Reed-Francois let it be known after last season that she expected the Rebeils to qualify for a bowl game this season. That means the Rebels need to win at least six games.

UNLV can find reasons why it can beat any of the remaining teams on its schedule. The Rebels won at Fresno State two years ago, beat San Diego State last season, play at a Colorado State team that is 2-5, have beaten Hawaii at Sam Boyd Stadium the past five times, beat San Jose State at home two years ago and beat UNR last season.

As for the arguments against, Fresno State is the two-time West Division champion, San Diego State is 5-1 and receiving votes in both major polls, UNLV hasn’t won at Colorado State since 2002, Hawaii is 4-2 with a strong passing game, San Jose State won at Arkansas, and UNR won the most recent meeting in Reno.

How much the pressure to win weighs on Sanchez is difficult to know. He keeps an optimistic attitude whenever asked about his status. He has taken a similar approach when it comes to trying to make a bowl.

Effort hasn’t been a question for his players. They’ve played hard even as the early losses piled up. They finally saw the benefits at Vanderbilt.

“It’s not talked a lot by our guys,” Sanchez said of trying to make a bowl. “Obviously, we talked in the beginning of the year about 13 (victories). We talked last week about that window gets smaller. But you saw the way our guys played. They played loose and were having fun. They were fighting their tails off, and they’ll continue to do it every week.”