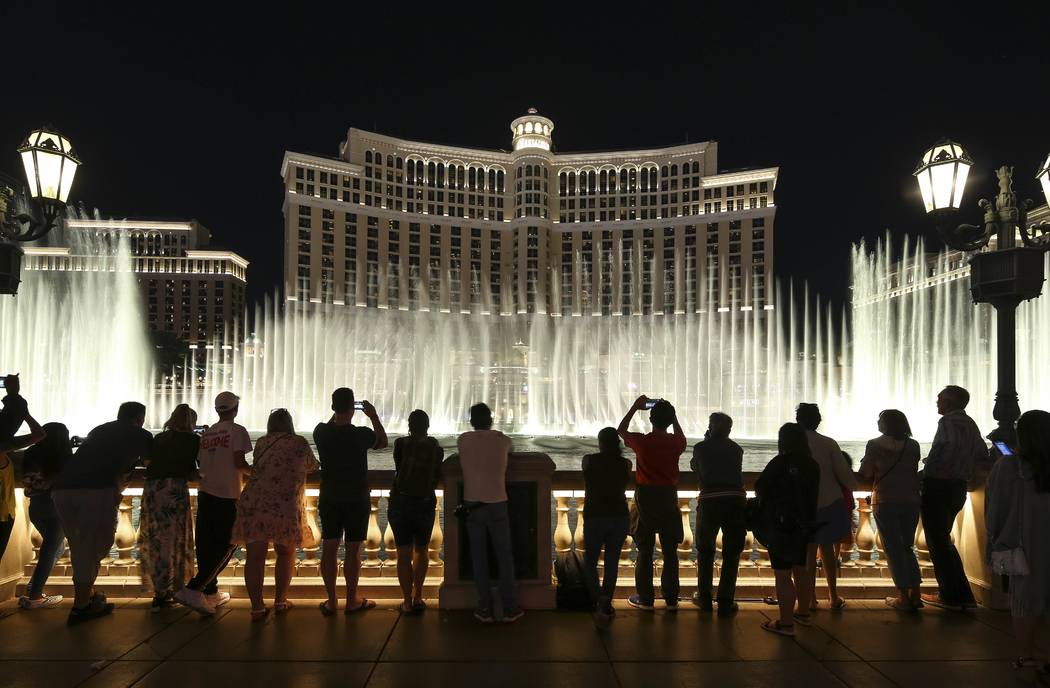 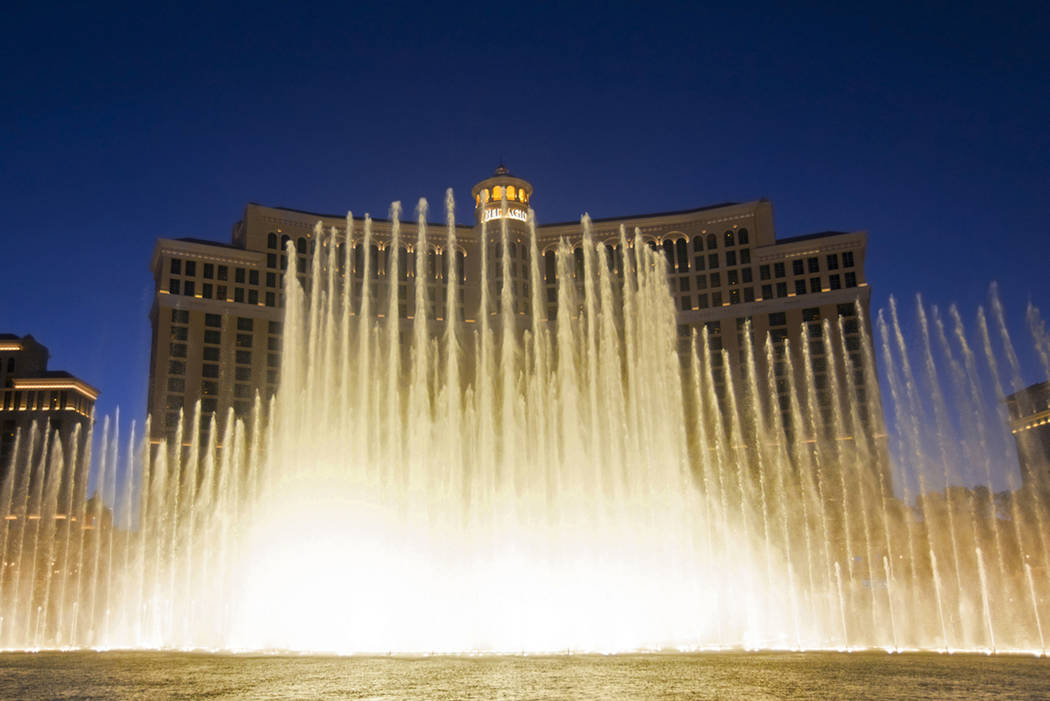 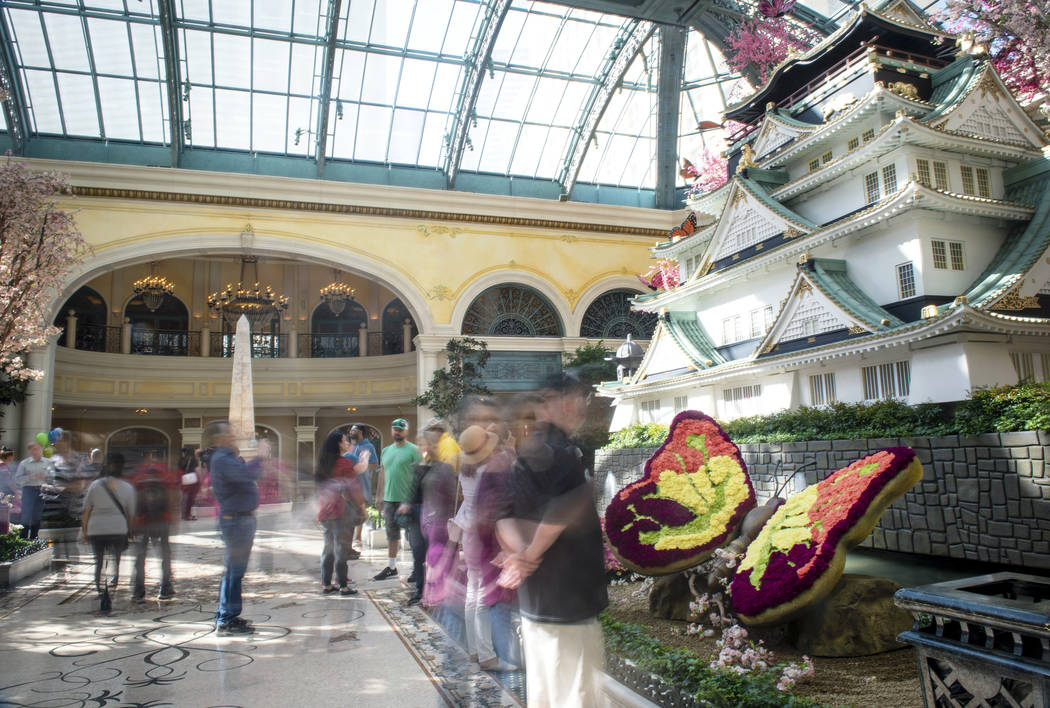 MGM Resorts International is selling the Bellagio property and leasing it back, giving the casino operator a cash infusion of more than $4 billion.

Las Vegas-based MGM announced Tuesday that it reached a deal with New York financial giant The Blackstone Group that calls for their joint venture to acquire the Bellagio’s real estate and lease it back to MGM for an “initial” annual rent of $245 million.

MGM will receive a 5 percent ownership stake in the joint venture and around $4.2 billion in cash, the company said. The deal is expected to close this quarter.

Blackstone, led by billionaire Stephen Schwarzman, has been on a real estate buying spree in Las Vegas for years, and its purchase of the Bellagio makes it the landlord of a high-profile resort that has been one of MGM’s biggest moneymakers on the Strip.

MGM announced the deal just minutes after it said it is selling Circus Circus for $825 million to Treasure Island owner Phil Ruffin. Collectively, MGM said, the two transactions would let it “build a fortress balance sheet and return capital to shareholders.”

The Bellagio features more than 3,900 rooms and 155,000 square feet of casino space and sits on 77 acres of land, according to a securities filing. It draws plenty of tourists to its outdoor fountain shows and indoor floral displays.

MGM spokeswoman Debra DeShong said there would be “no changes” to the Bellagio’s operations from the deal.

“MGM Resorts will continue to operate the resort as we do for other properties that have been sold into real estate trusts,” she said in an email. “Guests and employees should see no difference in their experience as a result of this transaction.”

MGM Chairman and CEO Jim Murren said in a phone interview that the deal “unlocks a tremendous amount of undervalued real estate in our portfolio.”

Combined with the Circus Circus sale, MGM can reduce debt and “redeploy capital to higher-return investments” such as its pursuit of a project in Japan, sports betting and nongaming entertainment, he said, adding the company is moving toward a “more nimble, asset-light” operation.

Under the deal, MGM has a 30-year lease with two 10-year extension options, Murren said.

The sale was not a surprise: Bloomberg reported last month that MGM was in advanced talks to sell the Bellagio and the MGM Grand to Blackstone and lease them back.

Murren declined to comment on whether the talks with Blackstone included the MGM Grand.

Blackstone said in a news release Tuesday that MGM Resorts will continue to operate the Bellagio and “be responsible for all aspects of the property on a day-to-day basis,” including capital expenditures.

Blackstone President and Chief Operating Officer Jon Gray said in the statement, in part, that company officials are “big believers in MGM Resorts and Las Vegas.”

Over the past several years in Southern Nevada, Blackstone has acquired cheap homes in bulk to turn into rentals, the 68-acre Hughes Center office park for $347 million, The Cosmopolitan of Las Vegas for more than $1.7 billion and downtown’s 5.4 million-square-foot World Market Center furniture-showroom hall for an undisclosed sum.

It also has spent hundreds of millions of dollars buying local apartment complexes.

A Blackstone spokeswoman said company officials weren’t available for an interview on the Bellagio deal.

The Bellagio, at Las Vegas Boulevard and Flamingo Road, was developed by Steve Wynn and opened in 1998.

The company now known as MGM Resorts International acquired the hotel-casino in 2000 as part of its $4.4 billion buyout of Wynn’s company Mirage Resorts.