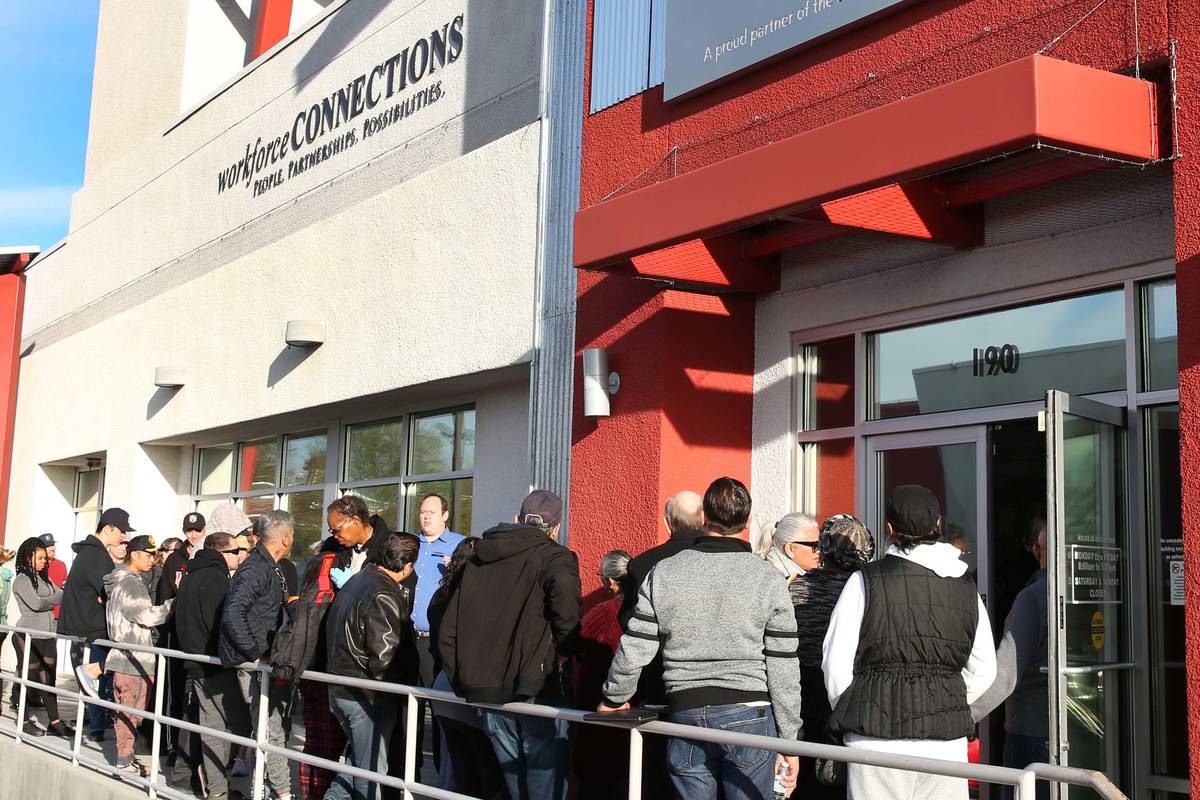 The unemployment rate in Las Vegas remained the highest in the state last month, even as the local economy adds more jobs, a new report shows.

The Las Vegas metropolitan area’s jobless rate in December, 10.4 percent, dipped from November’s 11.8 percent rate, according to the Nevada Department of Employment, Training and Rehabilitation. The area’s unemployment rate is 7 percentage points higher now than it was a year ago, at 3.5 percent.

And Las Vegas isn’t adding as many jobs as other major U.S. areas: The U.S. Bureau of Labor Statistics reported this month that of the 50 metropolitan areas, Las Vegas, in November, saw “the largest over-the-year percentage decreases in employment.”

Still, tourism-dependent Las Vegas added 6,800 jobs since November 2020, with trade, transportation and utilities sectors growing the most by 3,500 jobs, according to the report.

“Unemployment rates continued to improve in most areas of the state since November, however, overall unemployment remains particularly high in Las Vegas at 10.4 percent, compared to 5 percent in Reno and 3.5 percent in Elko,” Schmidt said.