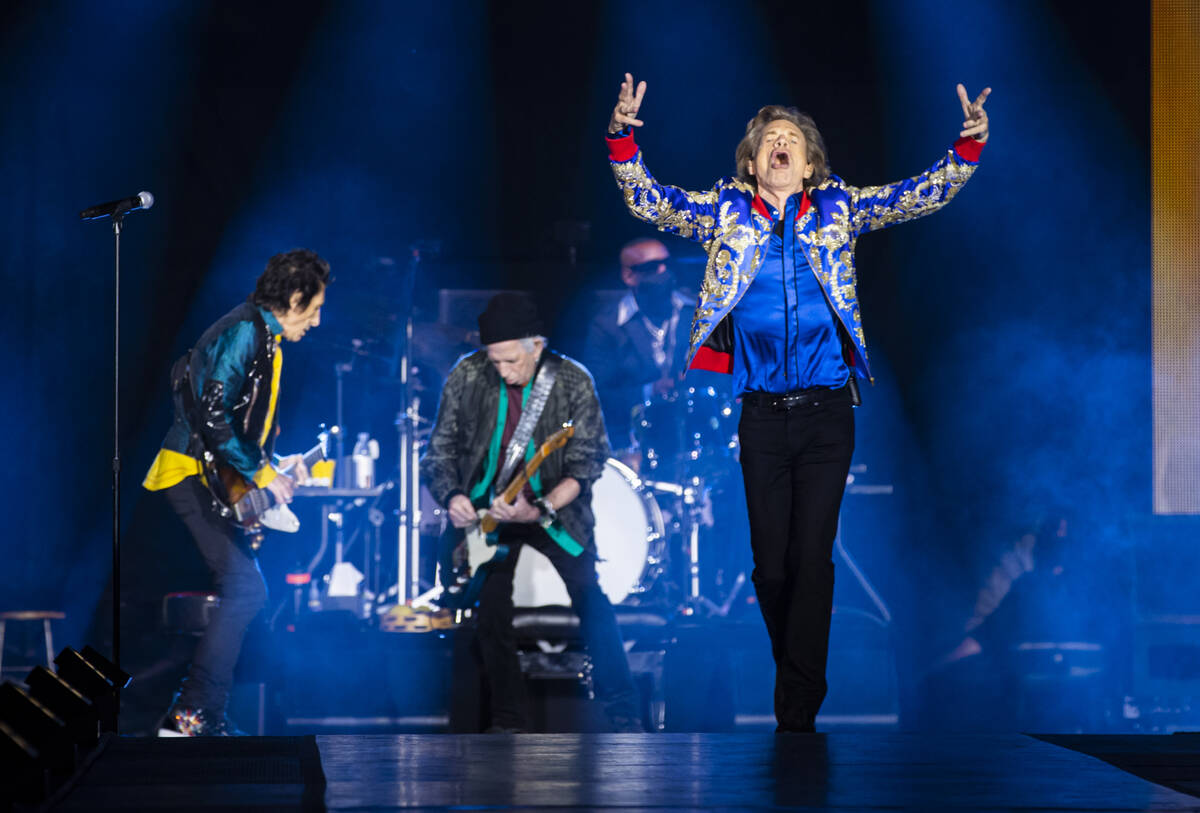 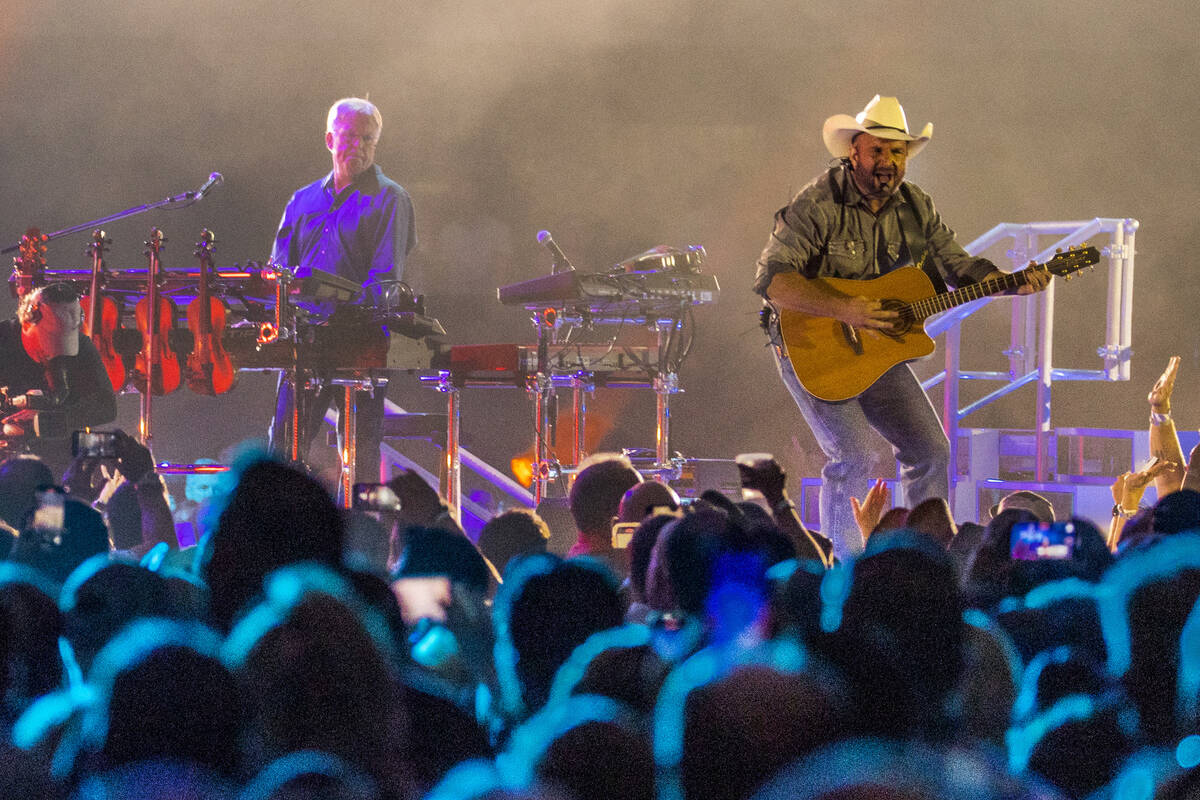 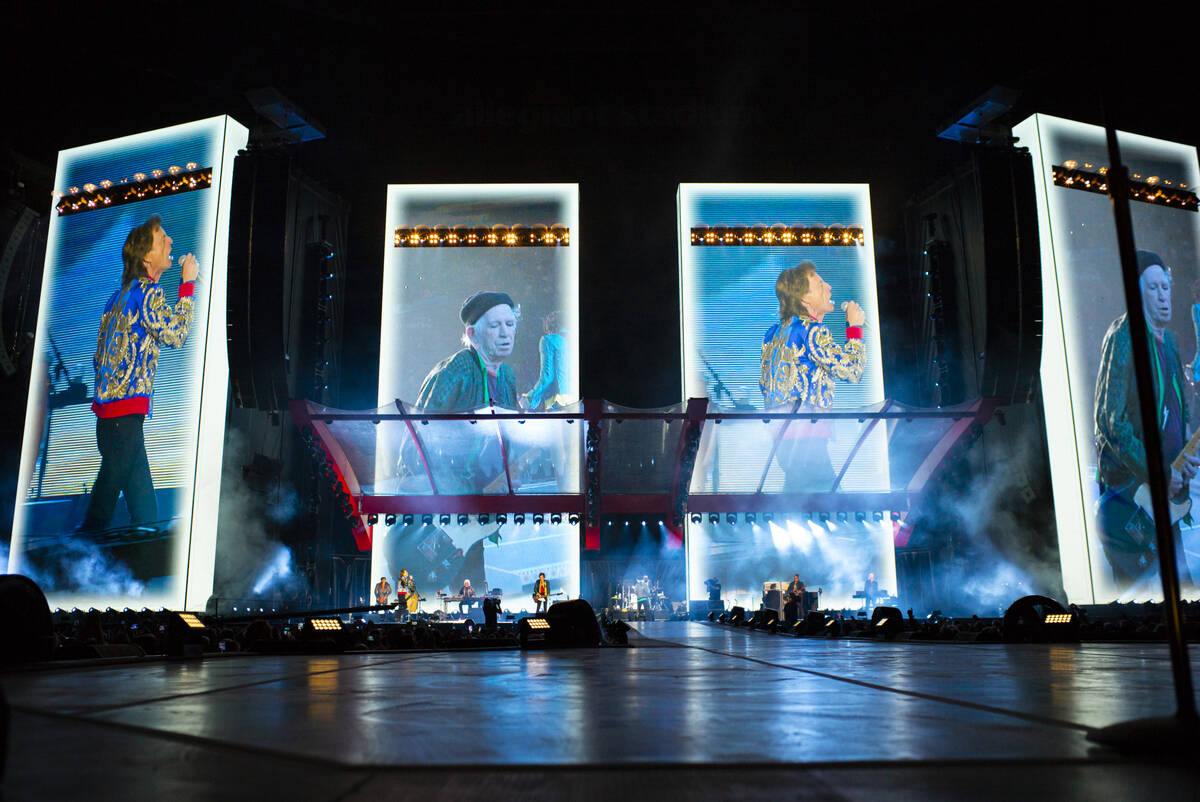 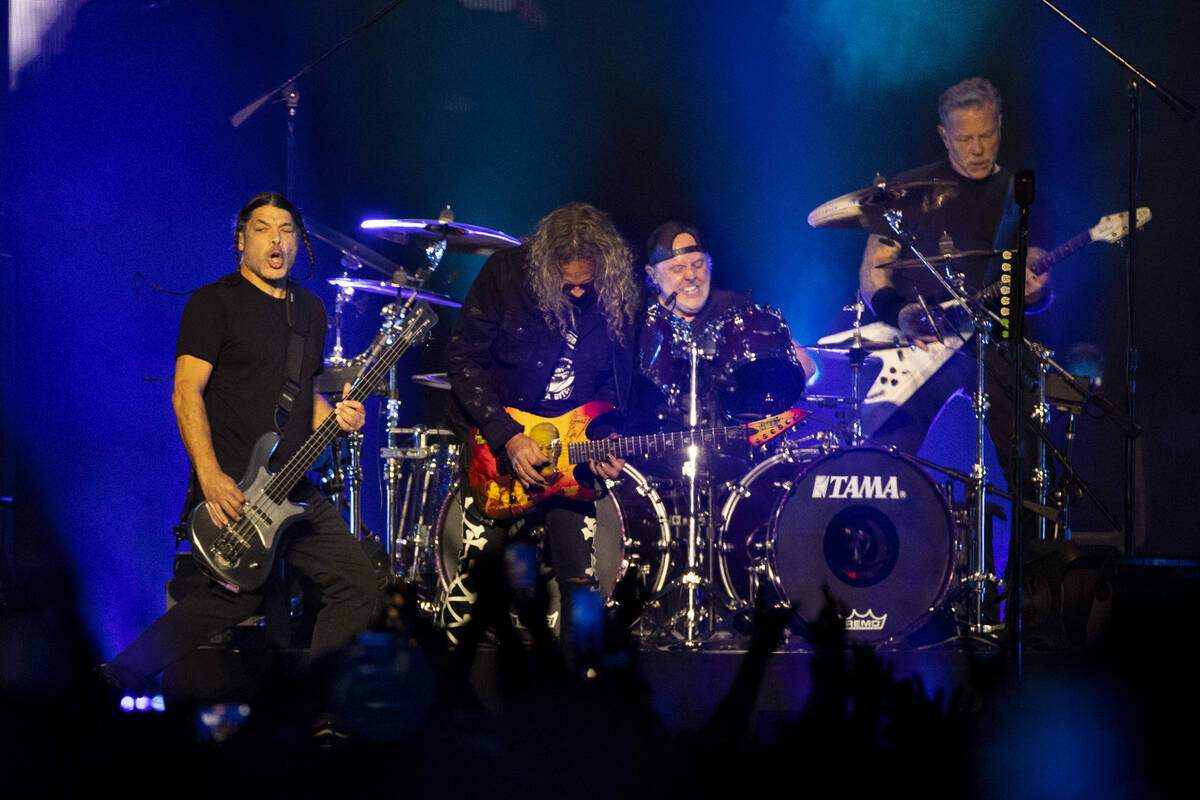 When tickets for K-pop sensation BTS’ four April concerts at Allegiant Stadium went up for presale, every seat sold in less than two hours — a testament to the boy band’s tremendous popularity.

It also marks just the latest success for the programming of concerts and special events at Allegiant Stadium, where performances and special events are outperforming every projection made prior to the $1.9 billion building’s construction, quieting the naysayers who doubted that a $750 million public investment was a good idea.

“I took a fair amount of criticism at the point when I was doing the economic and fiscal impact analysis of Allegiant Stadium,” said Jeremy Aguero, formerly a principal with Las Vegas-based Applied Analysis who lobbied to build the 65,000-seat stadium. Aguero is now chief operations and analytics officer for the Las Vegas Raiders.

When Aguero was advising the Southern Nevada Tourism Infrastructure Committee and later the Las Vegas Stadium Authority, officials cautiously suggested that financial needs could be met if the stadium could host around 46 events a year, including Raiders and UNLV football games.

That made assumptions that hotel occupancy rates and the average daily room rate from which a 0.88 percent room tax would be collected would remain stable.

Even though the COVID-19 wreaked havoc on occupancy and room rates, the successes of Allegiant Stadium event programming have been undeniable.

“Here I now am five years on the other side of that and I think we are exceeding by a wide margin, at least at the outset, every estimate we had. It’s just incredible to be a part of,” Aguero said.

The earliest projections on room-tax revenue suggested that bonds could be paid off and a waterfall fund to pay for other expenses could be built if between $4 million and $5 million in room taxes were collected every month.

In the early days of the imposition of the tax, the generation of $4 million a month was relatively easy.

But two years ago, when hotels and their casinos were shut down by COVID-19 restrictions, tax collections collapsed and Clark County had to dig into a reserve fund to pay off bonds.

It wasn’t until July 2021 — the second full month after resorts were fully reopened — that room-tax collections began surpassing the $4 million level.

In the last six months of 2021, room tax collections averaged $4.1 million a month, a sign that visitation was on the road to recovery.

Steve Hill, who worked with Aguero as chairman of the Infrastructure Committee and the Las Vegas Stadium Authority and is president and CEO of the Las Vegas Convention and Visitors Authority, said projecting 46 events was a conservative play.

“We thought those 46 events would draw 1.9 million people,” Hill said. “We’re well ahead of that pace and the number of people who are coming to Las Vegas because of the events in the stadium looks like it’s going to turn out to be at least twice what we had expected when we modeled the stadium five years ago.

“I would have expected it to outperform our projections,” he said. “We said then that we thought we were relatively conservative, but we didn’t think we’d be at 45 percent of what actually happened, that’s for sure.”

Much of Allegiant Stadium’s entertainment programming successes have come from solid bookings of talent capable of filling large numbers of seats.

Booking country star Garth Brooks for the first major concert at Allegiant was a no-brainer. So was landing The Rolling Stones for a sold-out show in November. More recently, the stadium scored again by bringing in Metallica and piano man Billy Joel — on consecutive nights in February.

But possibly the biggest coup was programming two groups to multiple nights in the venue, BTS for four nights in April and Puerto Rican rapper Bad Bunny for two nights in September.

“I’d heard of them,” Hill ventured about BTS, which is bringing its “Permission to Dance on Stage” tour to Allegiant April 8, 9, 15 and 16.

BTS sold out all four shows in presales within an hour and a half.

“They’ve been kind of a sensation in Korea, and then they broke out of Korea and have become an international big deal,” Hill said. “It’s not that I’ve got all the music from all the groups that are going to be at the stadium on my playlist, but yes, we had heard of them.

“They’ve been a big hit for the past couple of years. I would not have expected them to be able to come to the stadium four nights and sell out four nights. That’s quite an accomplishment for any music group, no matter who they are and how popular, famous or what they’ve accomplished in their careers. If you can sell out four nights, that is remarkable.”

“We’ve had more than 1 million people come to an event at Allegiant Stadium,” he said. “That includes someone from every state in the United States and 91 separate countries of origin. And that’s just since July.”

Stadium programming is under Allegiant Stadium General Manager Chris Wright, who made the move from Oakland Coliseum and Oracle Arena in 2019. Wright credits his team and the attributes of Las Vegas for some of the stadium’s early successes.

“It’s an amazing city with so many entertainment options,” Wright said of Las Vegas. “It’s a great destination with a large home market that supports the events, but then you have the additional attraction of people coming to Las Vegas as a destination for what’s playing here.”

Wright maintains a solid relationship with the Raiders and acknowledges that the team reaches out to its fans, Raider Nation, for support in filling the building for concerts in addition to the team’s home games.

He said his strategy has been to stay in contact with the agents of performers doing stadium tours and to negotiate dates with them as they move from city to city.

Wright said it helps that most performers enjoy making a stop in Las Vegas and that the reputation of Allegiant Stadium as a venue with relatively easy staging access has grown.

Stadium designers, knowing that Allegiant would be a concert venue in addition to a football stadium, built widened access points within the interior of the building to make it easier for big rigs to drive in and unload to build a stage for a concert stop.

The stadium also has valuable partners in sports, tourism and resorts, he said.

“Look at LVCVA for example. They’re looking for destination events, whether it be soccer or rugby or whatever it would be. They’re just a great partner to help market events,” Wright said. “The casino properties are great partners as well. They help us market events and attract things to come to Las Vegas.

“When it’s on a scale that fits the stadium, it just fits perfectly. There are so many artists out there today that are looking at stadium dates in ’22. Having all those great partners means that we leverage and maximize the share of those events that we get.”

Not viewed as competition

Resort properties are eager to collaborate because they see an uptick in hotel bookings and casino play whenever a special event is booked in town, and it doesn’t matter if the event isn’t at their own performance venues.

Alan Feldman, a distinguished fellow at UNLV’s International Gaming Institute and a former executive with MGM Resorts International, said Allegiant Stadium as a performance venue isn’t regarded as competition because the scale isn’t anywhere close to various arenas around the city.

“That was probably the one missing piece of the entertainment profile in Las Vegas,” Feldman said of the addition of Allegiant. “It was a major talking point that was at the time when we were talking to community leaders, state legislators and county commissioners about the need for this.

“We had arenas, we had the Thomas &Mack, we had the Orleans, we had the MGM Grand (Garden). This was all before T-Mobile (Arena),” Feldman said. “We already knew what the booking pressure was on those kinds of arenas, but up to that point, we were really out of the running for major concerts unless we wanted to just bite the bullet and pay the price to get a Rolling Stones concert to come inside the MGM Grand. We only had 18,000 seats, but they were going to need 60,000-70,000-seat stadiums.”

With the addition of Allegiant Stadium to the Las Vegas landscape, multiple events can occur over the same weekend, he said.

“That actually works out better overall for the community for two reasons,” he said. “It marks a huge event over the weekend. You can create a whole weekend around a single event at Allegiant. It also frees up time in those other arenas. So just as you may have Billy Joel at Allegiant, you can have a (Vegas Golden) Knights game at T-Mobile. You begin to get this multiple layer of programming and, from a community point of view, that’s like turbocharging what goes on here.”

Feldman said he wasn’t surprised with BTS selling out quickly, but he noted the fan base for the group may not be quite as favorable to casino resorts because the BTS fan base skews younger than the legal gambling age in Nevada. But because it’s at Allegiant and not a property arena, it works out well.

“Unless there are parents coming with and some confidence that you’re going to get adults in the mix as opposed to 19- and 20-year-olds, that may or may not be the greatest event to have on a property,” he said. “But to have it at Allegiant? Perfect.”