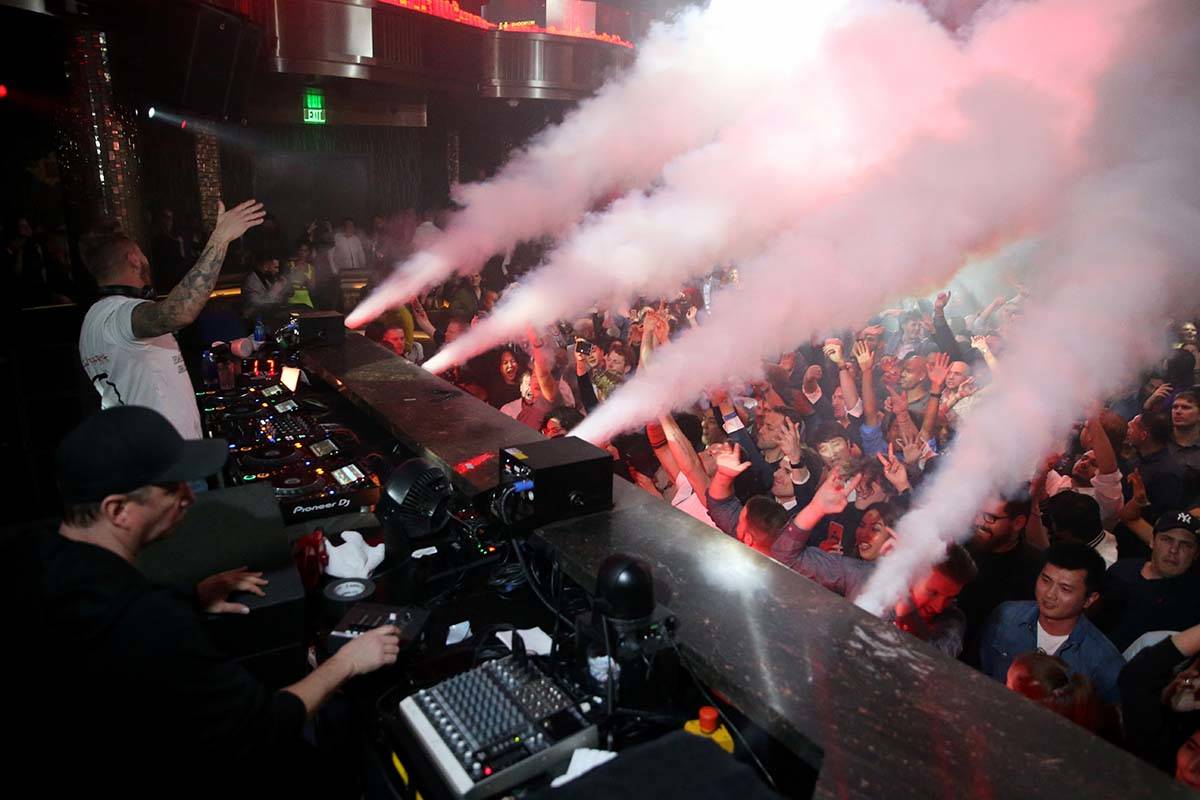 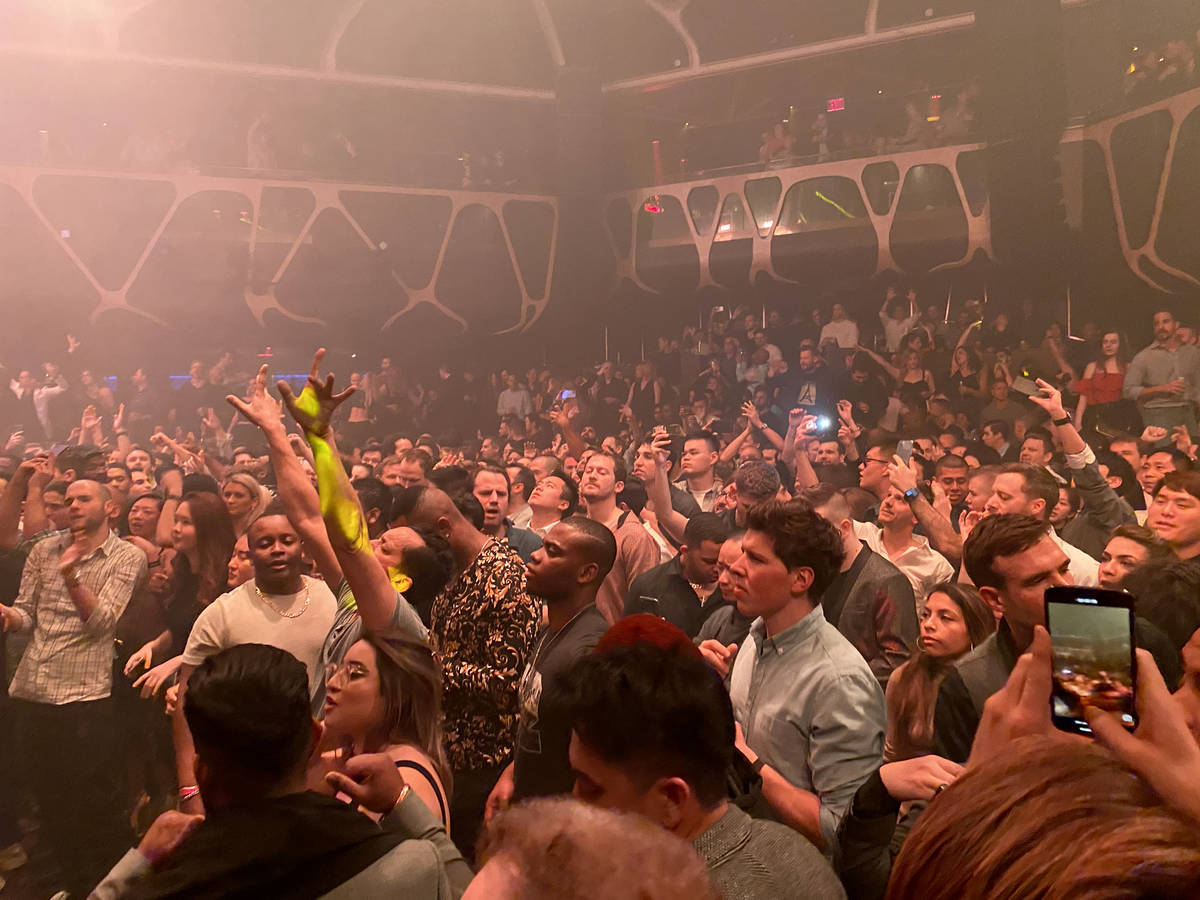 CES conventioneers and clubgoers dance to Tiesto during the DreamlandXR Closing Night Party at Hakkasan Nightclub at the MGM Grand on the Las Vegas Strip in the early morning hours of Friday, Jan. 10, 2020. (K.M. Cannon/Las Vegas Review-Journal) @KMCannonPhoto 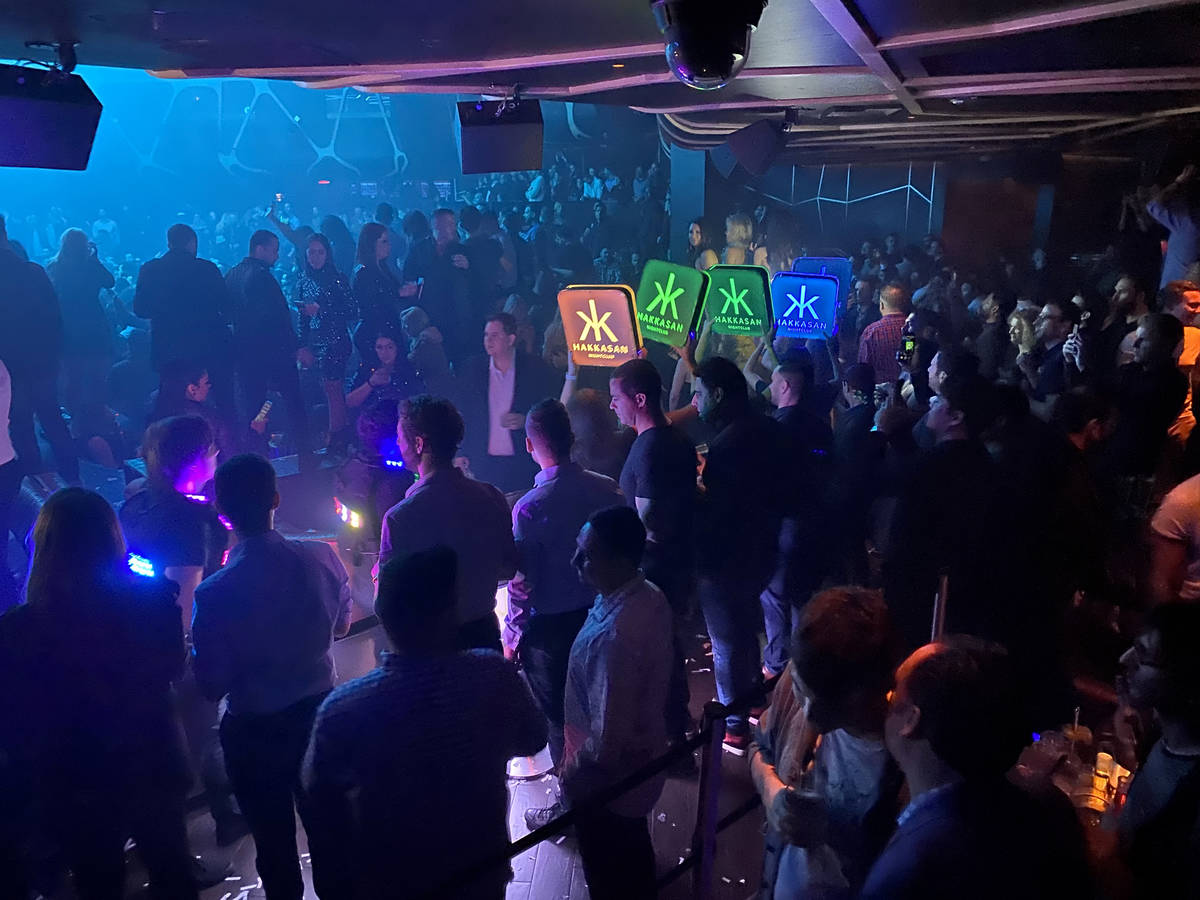 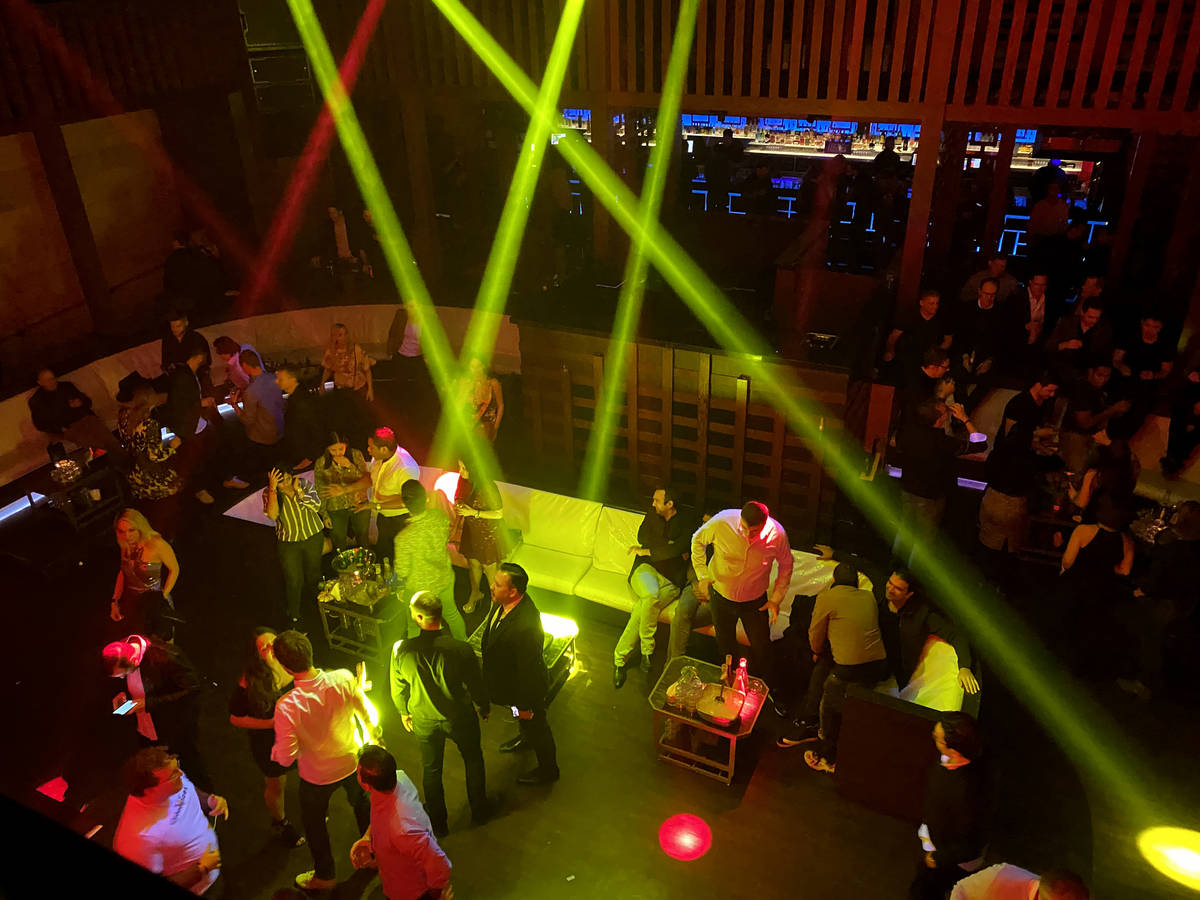 CES conventioneers and clubgoers during the DreamlandXR Closing Night Party at Hakkasan Nightclub at the MGM Grand on the Las Vegas Strip in the early morning hours of Friday, Jan. 10, 2020. (K.M. Cannon/Las Vegas Review-Journal) @KMCannonPhoto 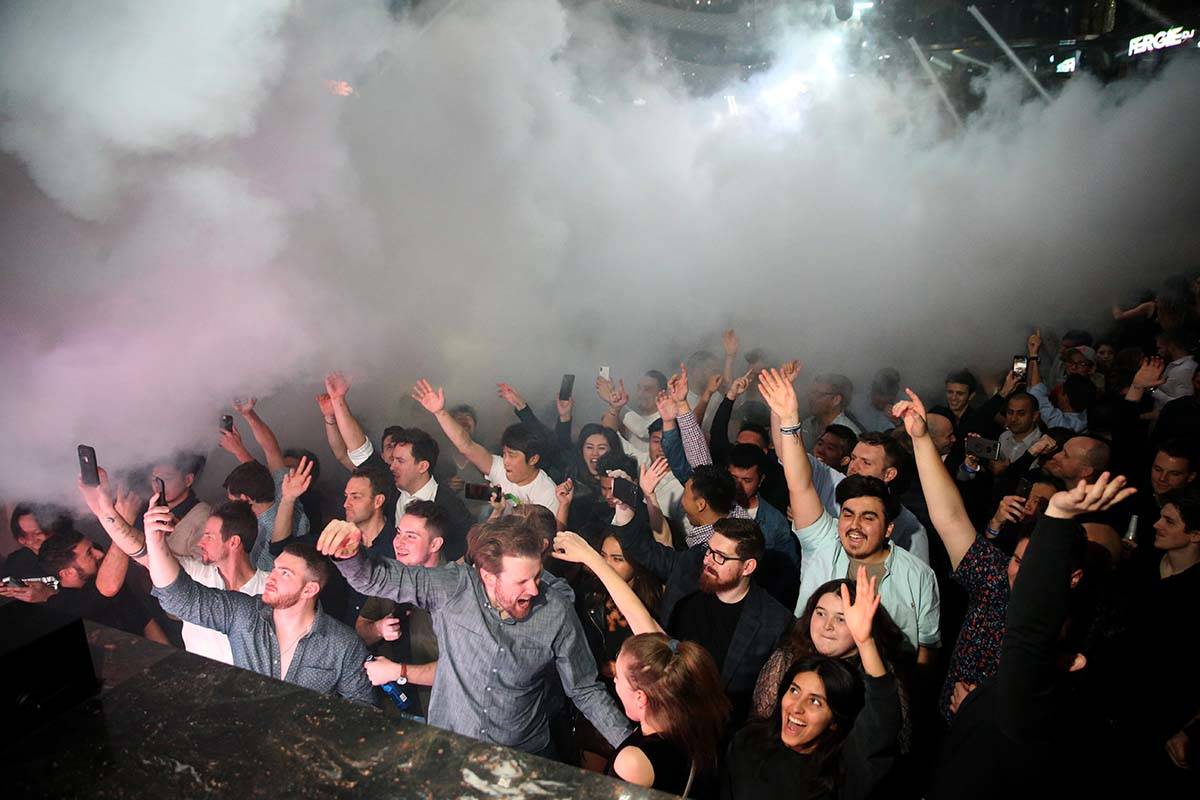 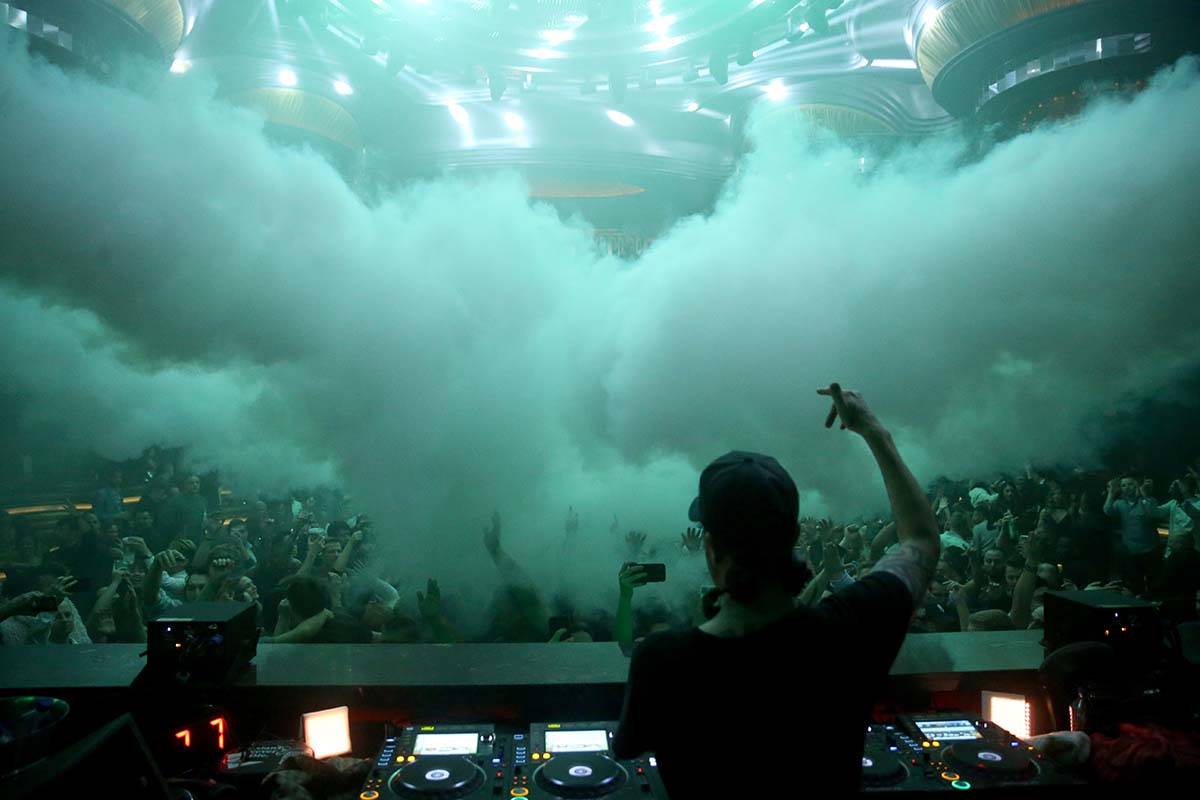 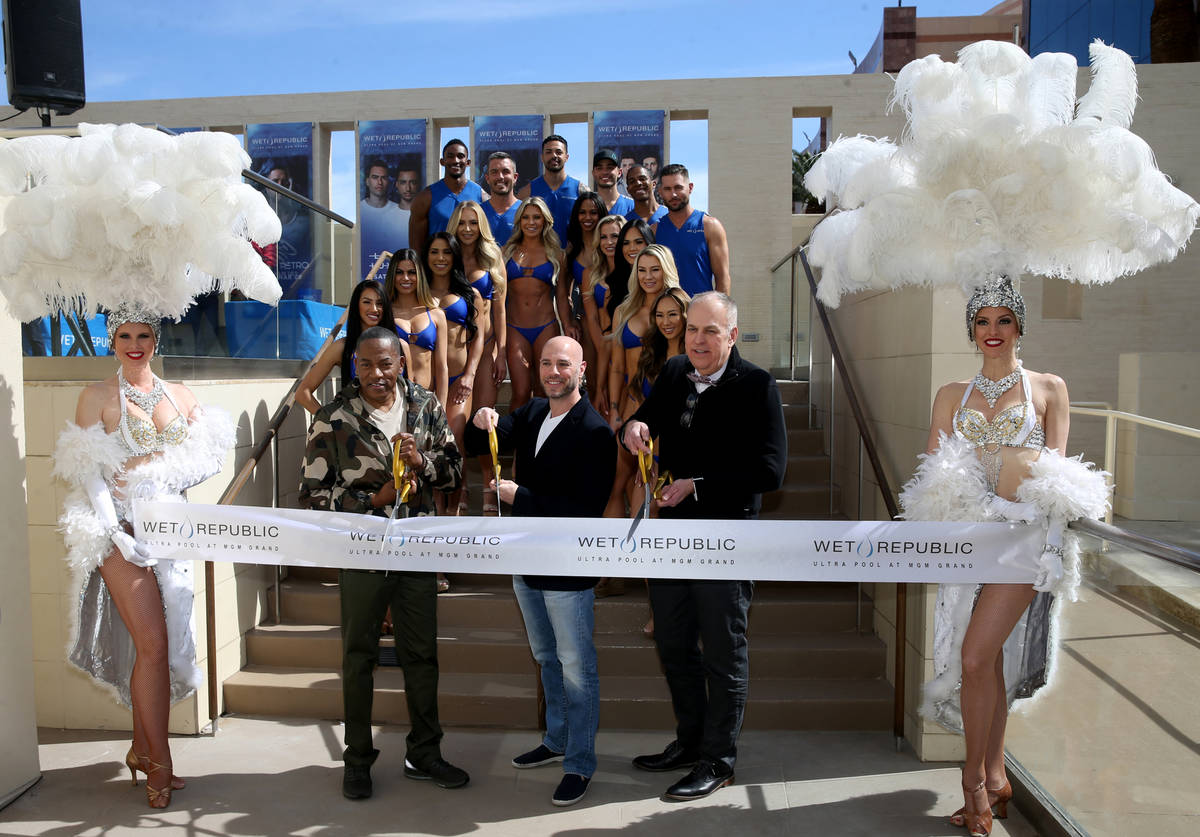 Hakkasan Group, which operates such nightclub fortresses as Hakkasan Nightclub at MGM Grand and Omnia Nightclub at Caesars Palace, has laid off all but its senior-management team. Hakkasan Group Chief Financial Officer Michael Ryan-Southern issued the widespread terminations Friday via companywide email.

“Every painful decision that has been made during this time has been made with an attempt to secure the long-term future of the business. All deliberations and conclusions have been made with a heavy heart, and regrettably with our understanding that our decision will have significant effects on you as an individual and your dependents,” Ryan-southern’s memo read. “We sincerely hope that these impacts will be temporary. I would like to pass on my personal thanks for the dedication you have shown the business throughout your tenure and appreciate your understanding in these unprecedented times.”

Those without work receive two weeks pay. The company did not offer those who were laid off the opportunity to collect any unused paid time off. They do qualify for unemployment compensation. Former employees retain current benefit coverage through the end of this month.

Along with its MGM Grand and Caesars Palace nightclubs, Hakkasan Group manages Jewel Nightclub and Liquid Pool Lounge at Aria, Wet Republic Ultra Pool and Level Up at MGM Grand.

Wet Republic, which opened in 2008, had just relaunched this month for summer pool season after a multimillion-dollar renovation.

Hakkasan Group issued a companywide statement Monday morning: “The long-term impact of the COVID-19 virus on the travel, tourism, entertainment and hospitality industry remains unclear. Given these circumstances, we have taken decisive actions to preserve the long-term stability of our business that include conducting layoffs and furloughs due to the temporary suspension of our venue operations in the US and in many of our international locations.

“We are doing all that we can to protect our team members where possible, all while remaining focused on getting our operations running again soon.”