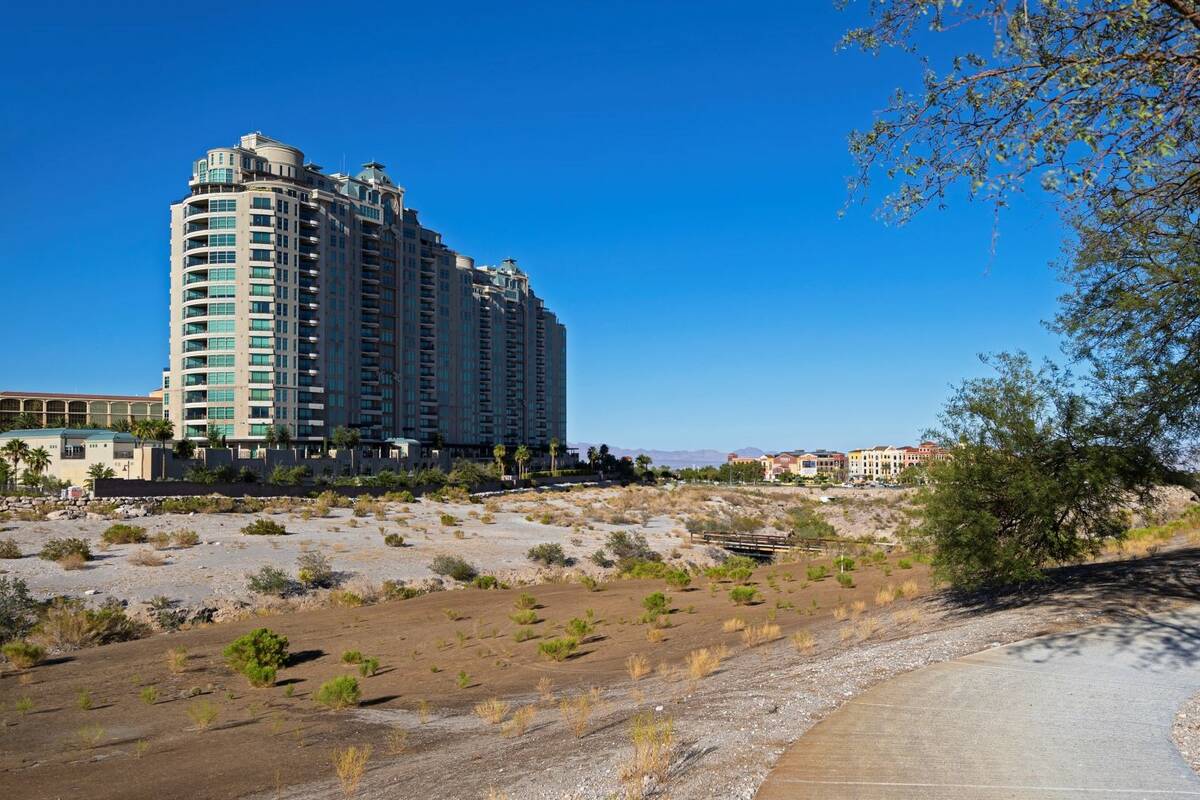 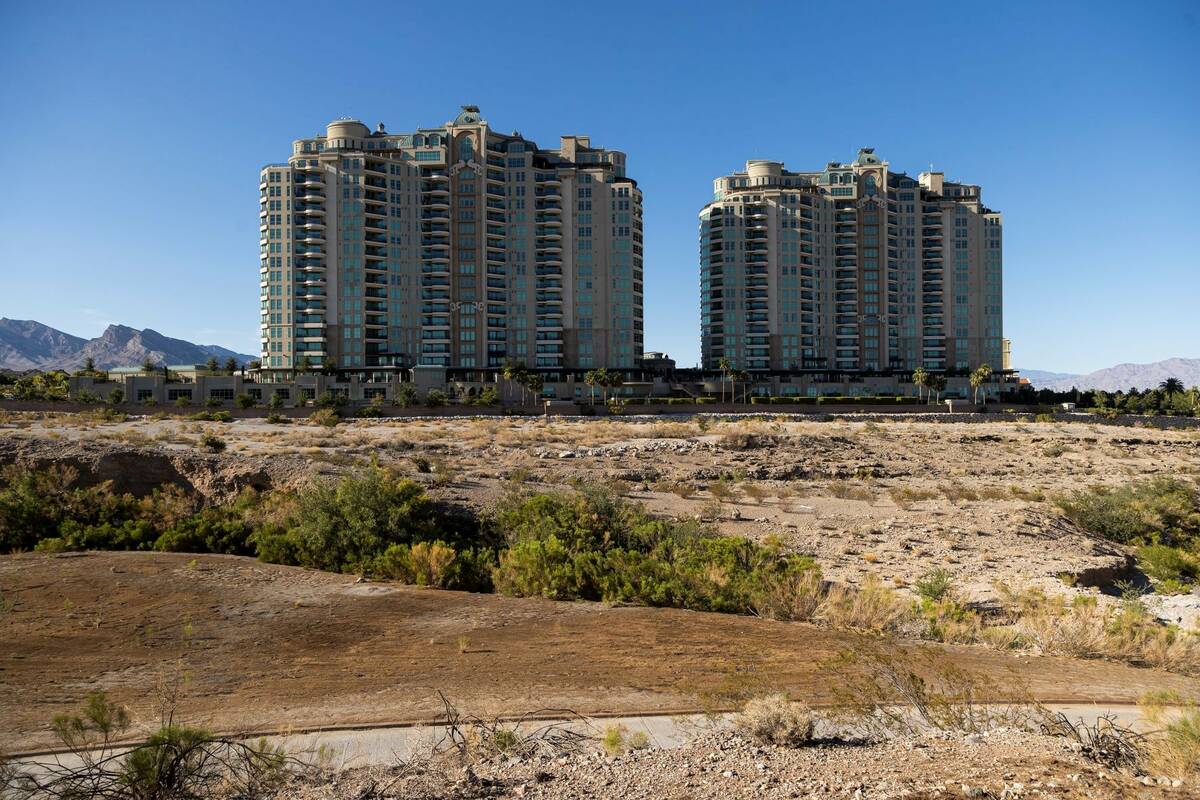 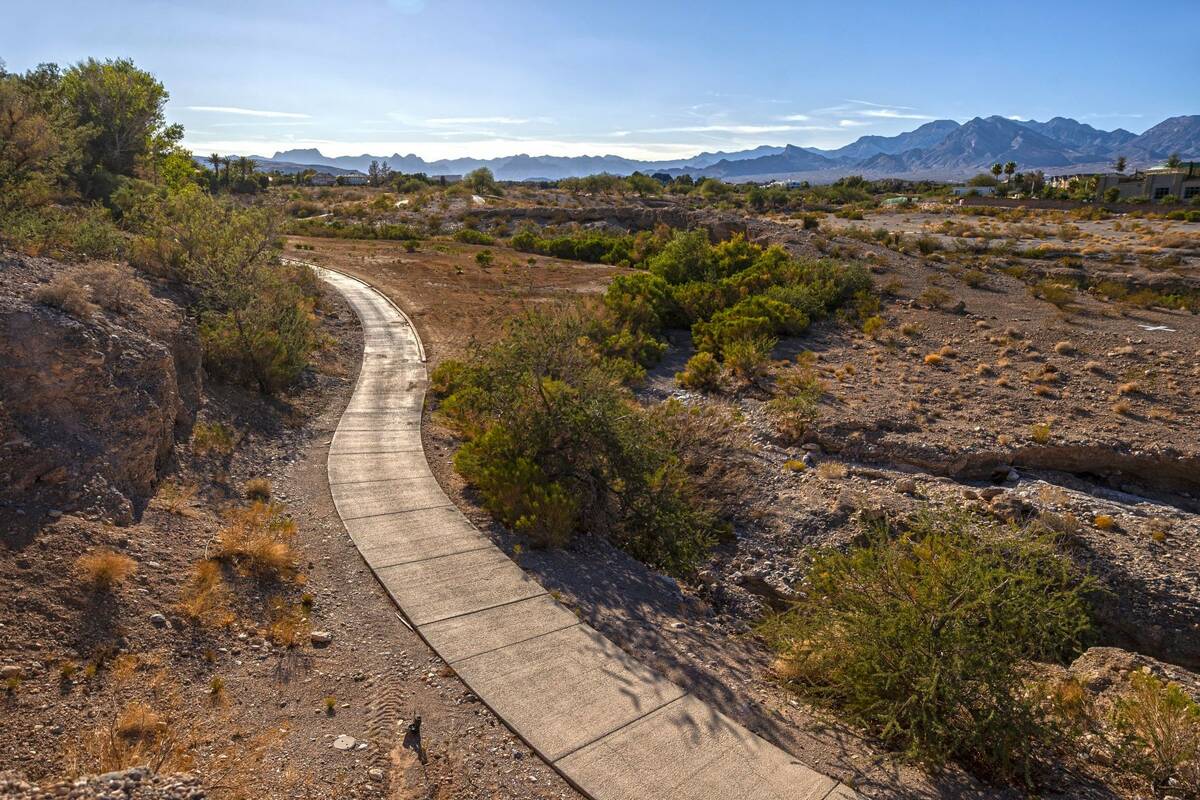 The development company behind a stalled plan to build homes on the defunct Badlands Golf Club near Summerlin is ready to settle its longstanding legal dispute with the city of Las Vegas for $64 million, according to agenda documents for an upcoming City Council meeting.

The proposed resolution is up for possible discussion at City Hall on Wednesday, according to the agenda item. If approved, the settlement would resolve four active lawsuits and release the city from liability, the document said.

“This dispute has gone on far too long,” Councilwoman Victoria Seaman, who submitted the item for possible action, wrote Sunday in a text message to the Las Vegas Review-Journal. “We must end this now, and we have that opportunity on Wednesday.”

An attorney representing 180 Land Company LLC, a subsidiary of EHB Cos., which bought the 250-acre plot of land in 2015, said the developer welcomed the potential resolution.

“We never wanted to litigate,” attorney Elizabeth Ghanem said Sunday. “We want to build; we always wanted to build.”

“We’re never going to be compensated for time and market loss,” she added. “Litigation is costly and it’s damaging in every way possible.”

The proposed monetary settlement would include $49 million from a court-issued judgement in favor of the developer, which accused the city of taking a 34-acre plot of land — an appeal by the city is pending in the Nevada Supreme Court — and the construction of drainage facilities at the property that would not exceed $15 million, according to a summary included on the council’s Wednesday agenda.

It was not clear what future projects the developer would seek the city’s approval to build, but Ghanem reiterated the company intends to build on the land.

If the settlement is approved, the developer would seek to also dismiss three separate lawsuits over other Badlands parcels that are pending in Clark County District Court, according to documents.

District Court Judge Monica Trujillo ruled late last month that the city’s rejection of development plans for a 65-acre parcel of land was an unlawful taking under the Fifth Amendment. Damages for that ruling were expected to be decided at a future hearing.

Seaman, who represents the area, said lawmakers have the opportunity to “fix previous mistakes and end the pain that has been put squarely on the shoulders of our taxpayers,” adding that the suits continue to accrue fees that can likely increase the taxpayer “burden” if a resolution is not reached.

EHB Cos., led by CEO Yohan Lowie, bought the shuttered golf course with the intention to build housing.

But the development proposal drew opposition from a coalition of residents of the upscale Queensridge neighborhood, which surrounds the course. They said they feared high density and dwindling property values.

The plans stalled at City Hall over disagreements about whether zoning allowed for housing development. The issue sparked a political upheaval as well, as former Councilman Bob Beers — who favored allowing development in the area — was ousted by ex-Councilman Steve Seroka, who campaigned against allowing development. A bitter legal dispute ensued, and talks between the city and the developer seemed to falter as late as 2021.

Seroka resigned in 2019 amid a recall effort, and Beers is seeking to return to the council this year, albeit from Ward 4 and not Ward 2.

Lowie said in December that city officials had sought to settle the lawsuits, and had invited the company to file applications to construct at the land, offering discounts on fees with the caveat that certain conditions were met, which included holding a public meeting for each planned project.

He told the Review-Journal then that he wanted entitlement to build, and not just approval to apply, as well as reimbursements for unspecified costs.

Ghanem said that “what’s on the table” is not much different than what the developer has asked for all along.

“It’s just that politics got in the way,” she said, citing the city’s “fiscal responsibility to the taxpayers.”

“I hope they’re still not politically motivated and that they follow the court and the law,” Ghanem added.