RJ App
Vegas News, Alerts, ePaper
OPEN
It was announced that three-time all-star center Liz Cambage re-signed with the Las Vegas Aces on Friday which was welcome news for the team and their pursuit for the WNBA championship. (Heidi Fang/Las Vegas Review-Journal) 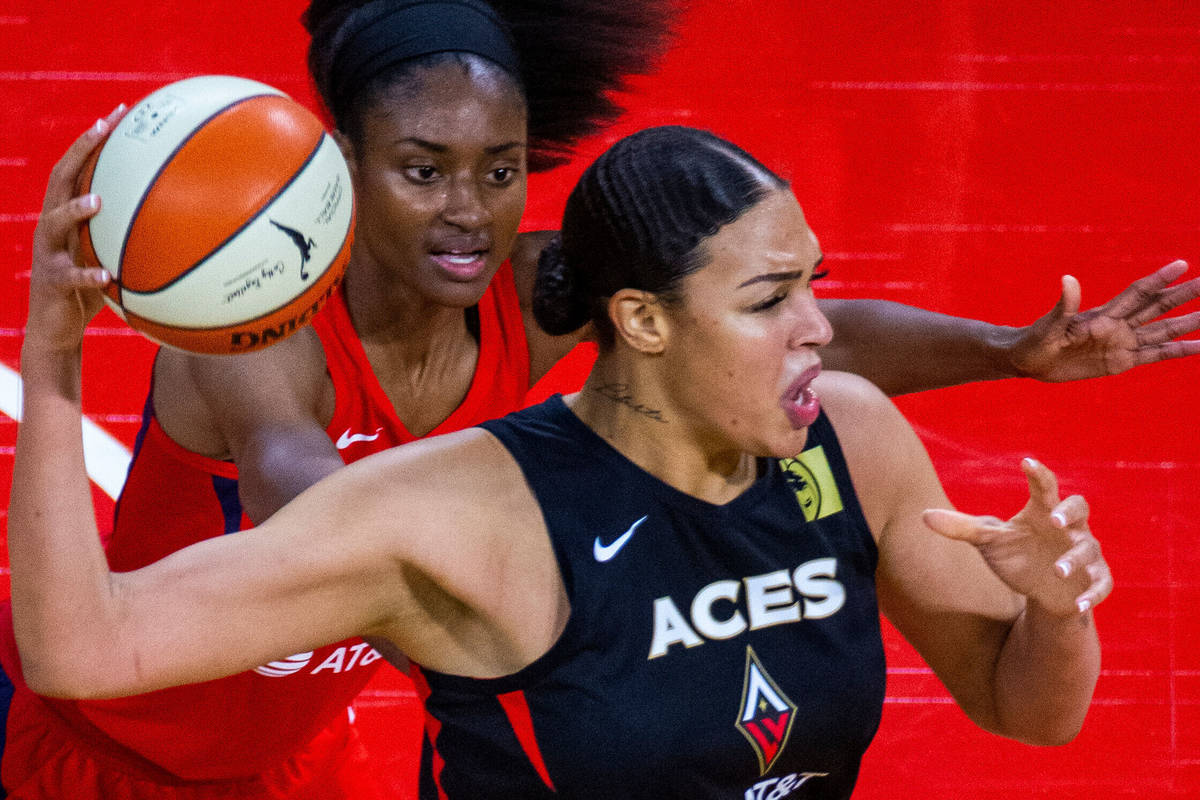 Re-signing Liz Cambage was not unexpected, but still welcome news for the Aces and their chances to win the WNBA championship.

The three-time All-Star center is a critical player on a team that will head into the season with arguably the league’s best roster.

Cambage opted out of last season because of the COVID-19 pandemic.

“I don’t know how (opponents) are going to play defense on us,” Cambage said Friday. “We’re too strong inside and outside at the moment. I’m so excited to get on court and start playing with these girls.”

Terms of the deal were not disclosed, but coach Bill Laimbeer said the Aces’ roster was “set up for the long term.”

At 6 feet 8 inches, Cambage is a matchup problem for most opponents. Paired with reigning league MVP A’ja Wilson, the Aces have a dominant frontcourt.

The Aces made the WNBA Finals last season, but were swept by the Seattle Storm in three games. This season, the Aces — on paper, at least — have an even stronger team.

“It was clear in the Finals that we had to have Liz to compete against Seattle,” Laimbeer said.

Guard Kelsey Plum, who tore her left Achilles tendon in June, also missed the season and returns to the team.

Then this offseason, the Aces added point guard Chelsea Gray from the Los Angeles Sparks, giving them four starters who have been All-Stars. They also added 3-point specialist Riquna Williams, also from the Sparks.

“I think that we can put multiple combinations out there across the board this year that we couldn’t do last year,” Laimbeer said. “Last year, I had to mix and match units, but I think this year it’s going to be hard to guard us. With A’ja and Liz, you’re going to have double team them. If you double team them, we have shooters on the perimeter.”

Then came last season’s decision to opt out. She took advantage of that time, working on her game in Los Angeles with basketball trainer Chris Johnson.

“If COVID had never happened, I probably would have never spent a month on court with him,” Cambage said. “So COVID was a blessing. It’s taken my game to a whole other level. I’m excited to apply that with the Aces this year.”