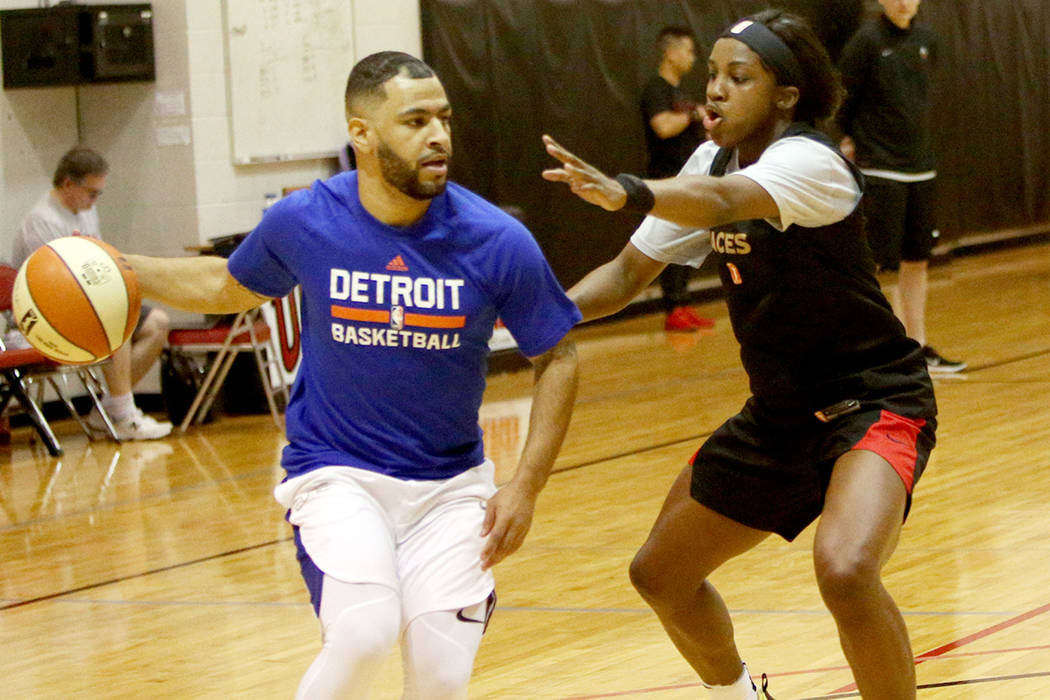 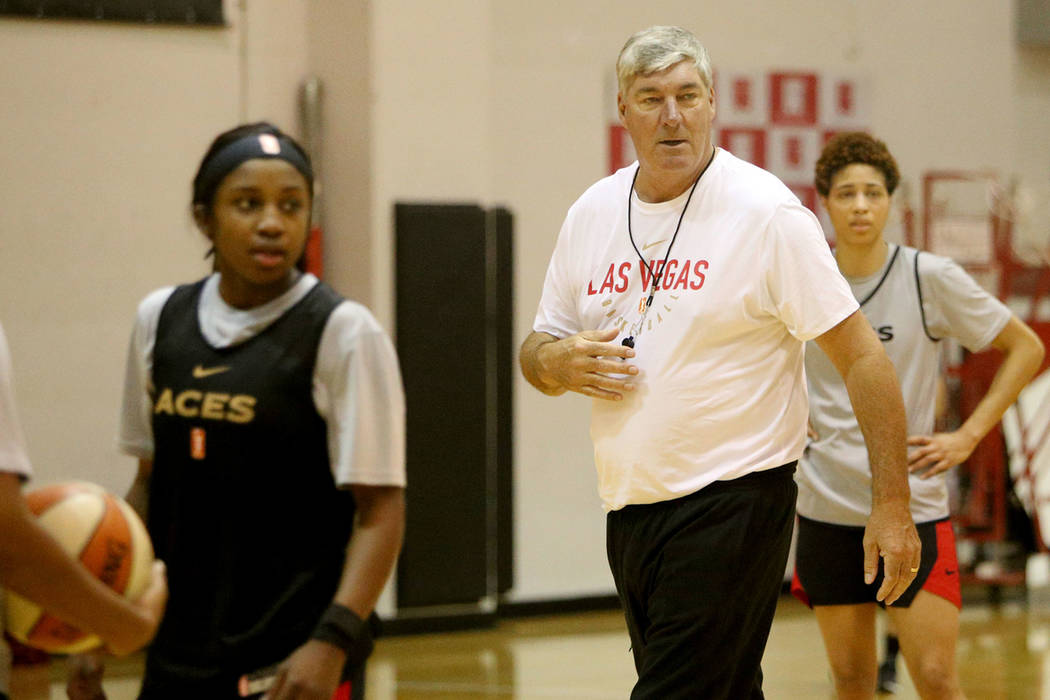 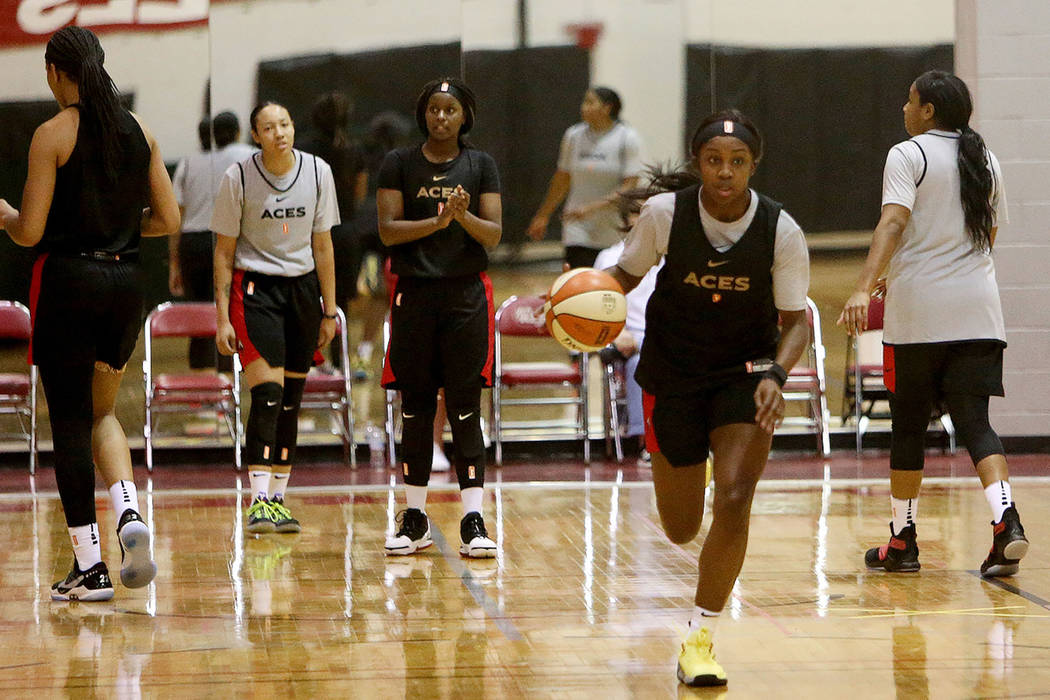 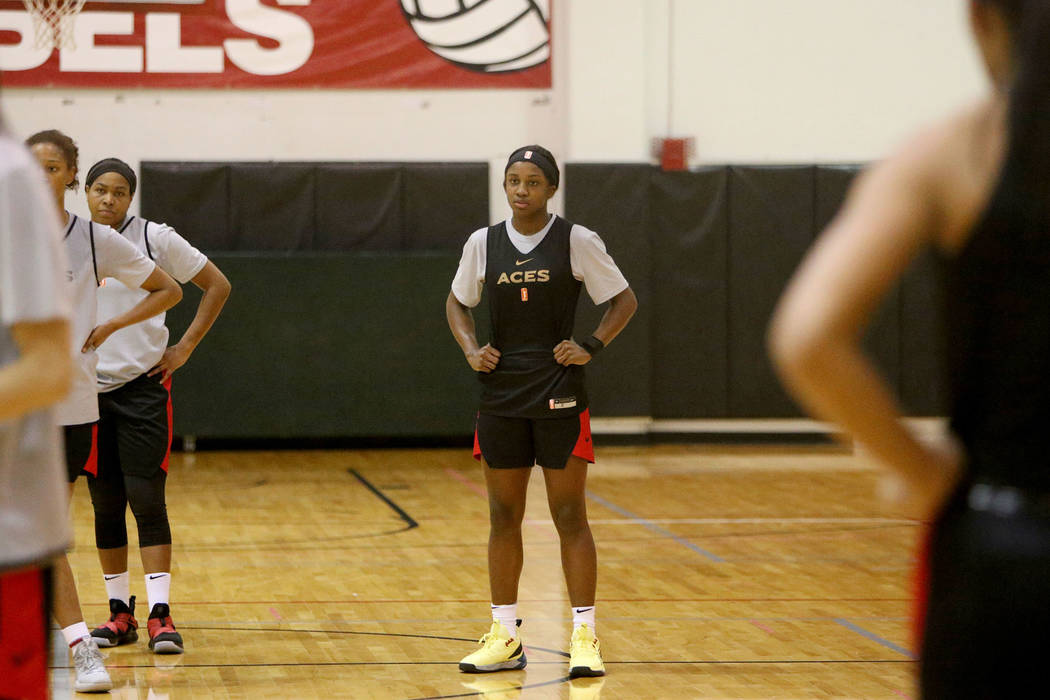 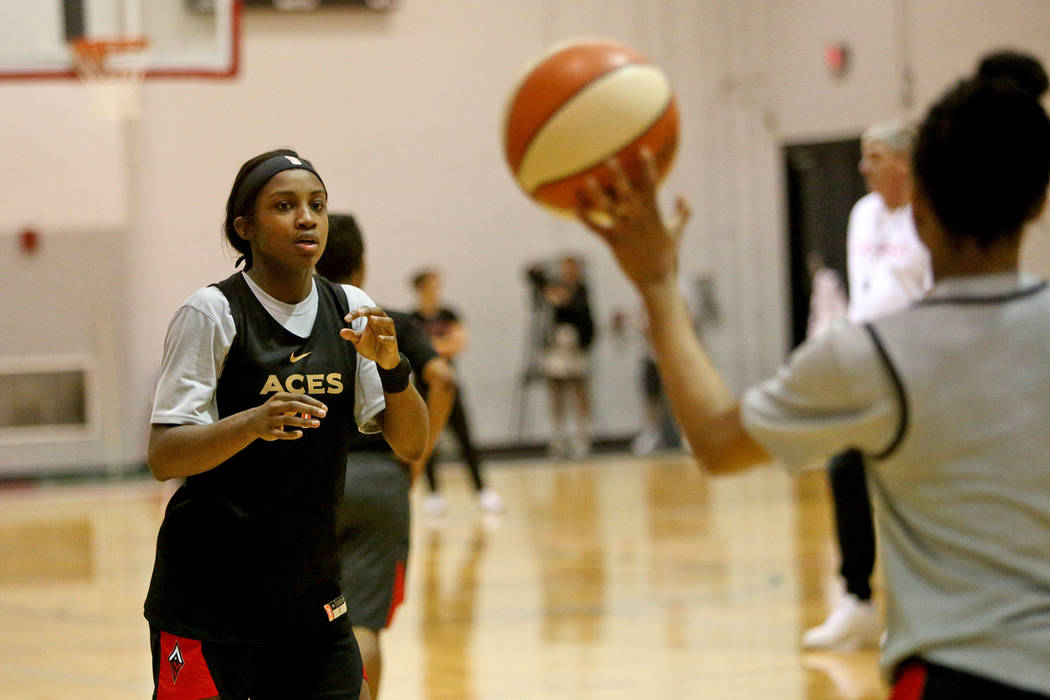 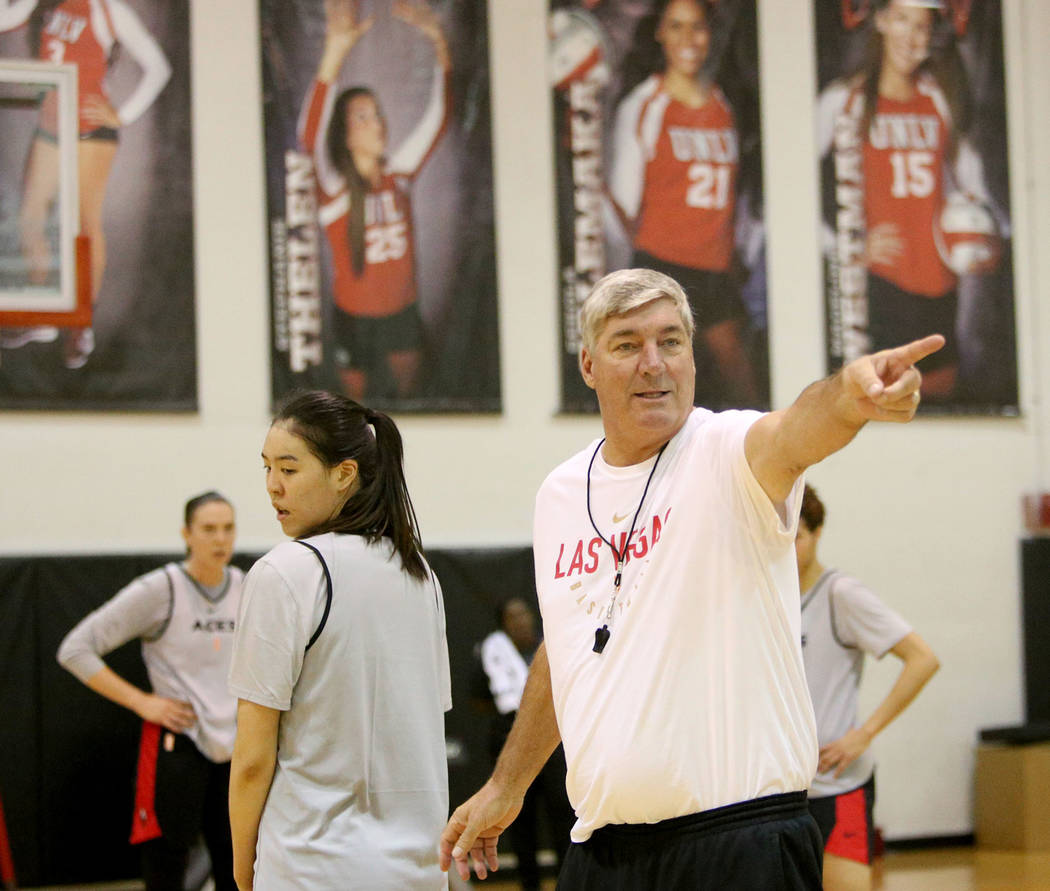 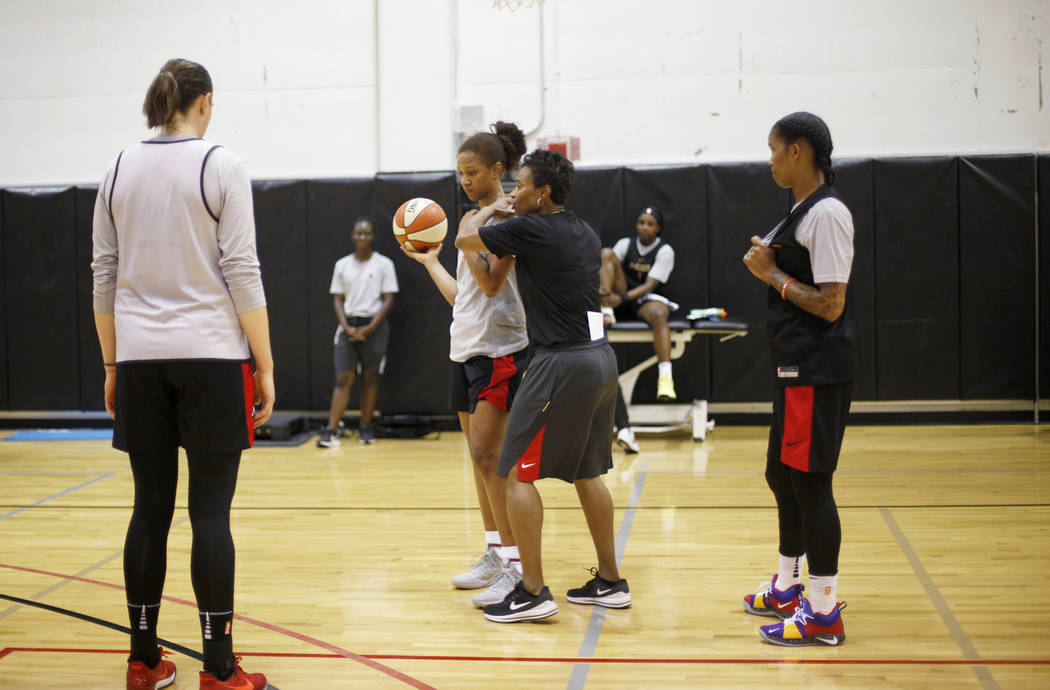 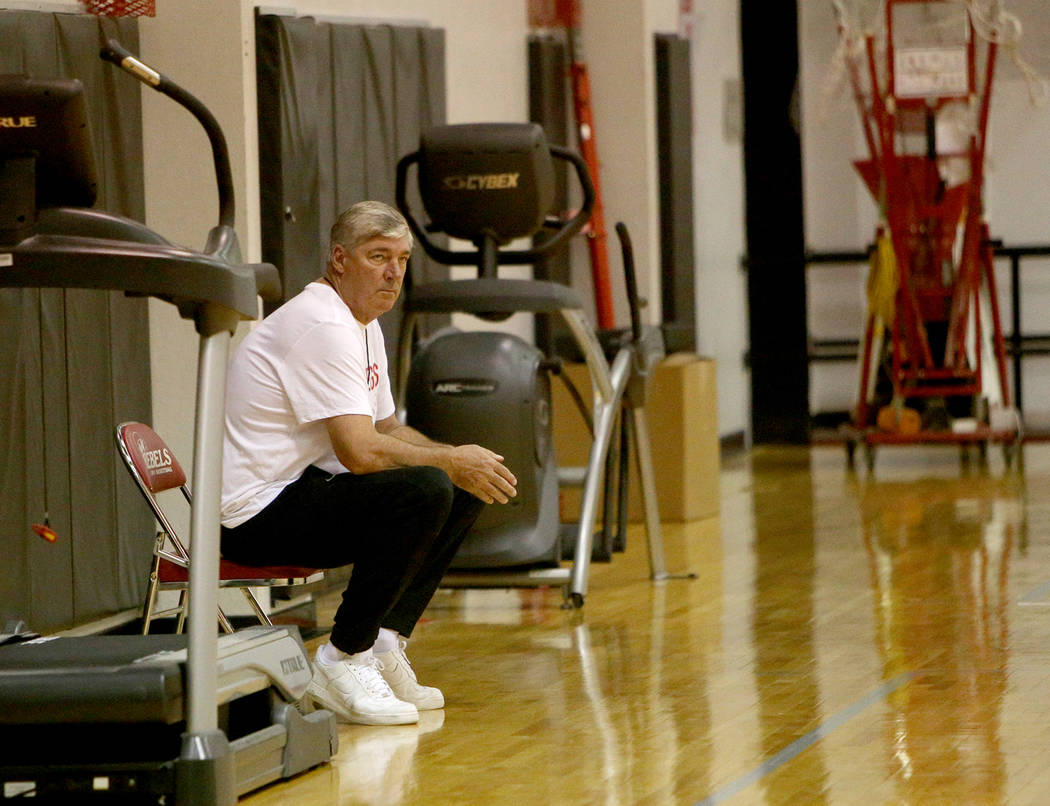 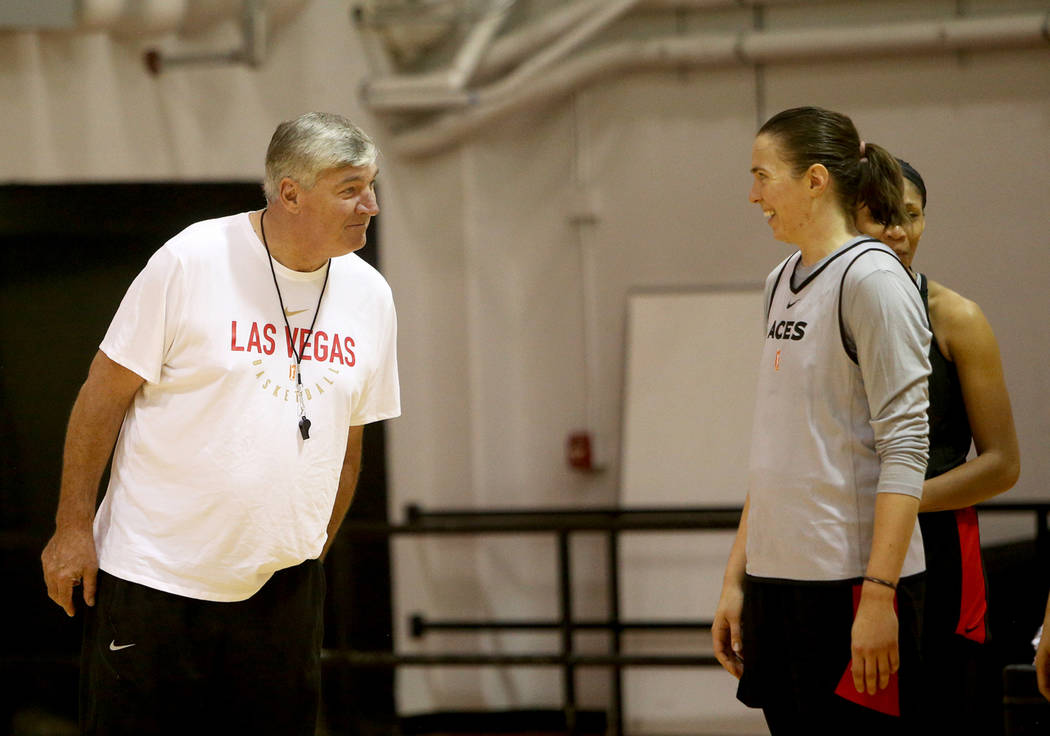 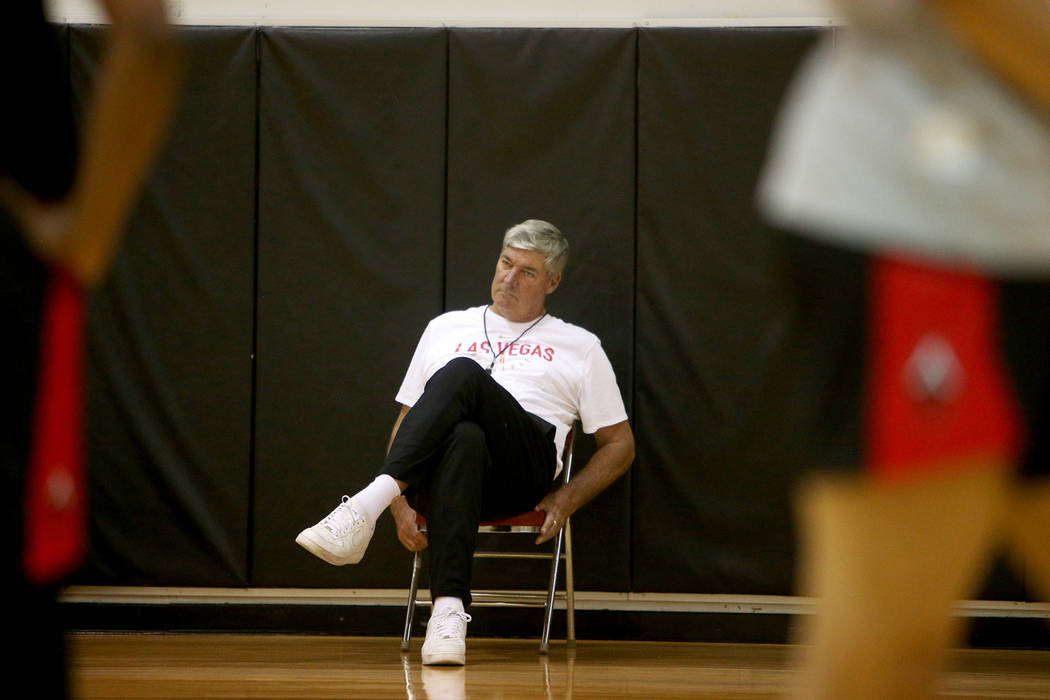 She made it seem effortless on Sunday.

Young and the Aces opened their second training camp with a pair of practices at UNLV’s Cox Pavilion. The 21-year-old, drafted No. 1 overall last month out of Notre Dame, worked as a lead guard and played with several lineups during a variety of installations and drills.

Aces coach Bill Laimbeer said Young will run the point this season instead of Kelsey Plum, who will become a secondary ball handler and be relied upon for more scoring.

But so far, so good.

“She’ll be fine. Seems to pick up things well,” Laimbeer said of Young. “I thinks she has poise. … She’ll be a tough guard for anybody in this league, no matter at (point guard), (shooting guard) or (small forward). That’s what we’re going to try and take advantage of.”

Young said her first practice went well, and she’s determined to learn as much as possible before the Aces’ season-opener May. 26. She excelled during team scrimmages in recent weeks, but noted the physicality and new terminology as early challenges.

Laimbeer says training camp figures to include a lot of teaching on both ends of the floor, though a majority of the roster has already played for him at one point or another.

The Aces are rife with rangy, athletic individual defenders, but struggled in their inaugural season as a cohesive unit and finished in the bottom half of the league in defensive efficiency.

“We’re talking about preparing for a championship this year. Championships start with defense, something that we kind of lacked last year,” Tamera Young said. “If we keep our energy high and make sure we’re communicating out on the floor, I think it’ll help better with our defense.”

Third-year point guard Lindsay Allen is out for the season following surgery to her right knee, the Aces announced. Allen played professionally in Australia during the WNBA offseason and had surgery after her year there concluded.

Allen played in 24 games for the Aces last year, averaging 3.1 points and 2.9 assists.