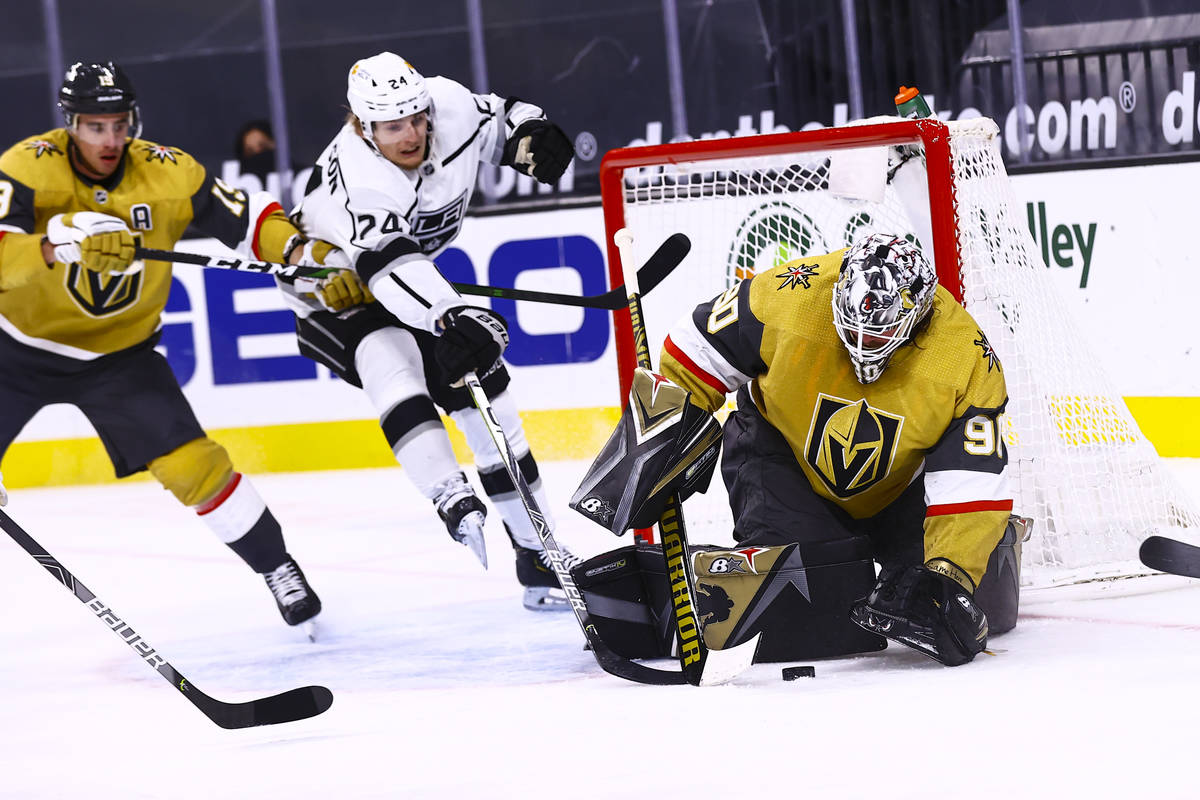 Goalie Robin Lehner was activated from long-term injured reserve by the Golden Knights on Tuesday, according to the NHL media website.

Forward William Carrier also was removed from injured reserve a day after he was added.

The Knights host the San Jose Sharks on Wednesday night at T-Mobile Arena.

Lehner last appeared in game Feb. 7 and was a late scratch from his start Feb. 11 with an upper-body injury. DeBoer said Lehner needed to become “symptom free” before he could be cleared, and he practiced with the Knights on Monday at City National Arena.

He practiced with the minor league Silver Knights on a conditioning loan last week.

Carrier missed the past four games with an undisclosed injury. He has no goals and two assists in 22 games.

Defenseman Alex Pietrangelo is expected to be placed on long-term injured reserve, which would give the Knights the salary cap space to recall players before Wednesday’s game.

Pietrangelo is out for the “foreseeable future,” according to DeBoer, after he blocked a shot with his left hand/arm in the closing stages of a victory over San Jose on March 6.