The Golden Knights' game Thursday against the St. Louis Blues was postponed after a player and an additional member of the Knights' coaching staff entered the league's COVID-19 protocols. (Cassie Soto/Las Vegas Review-Journal) 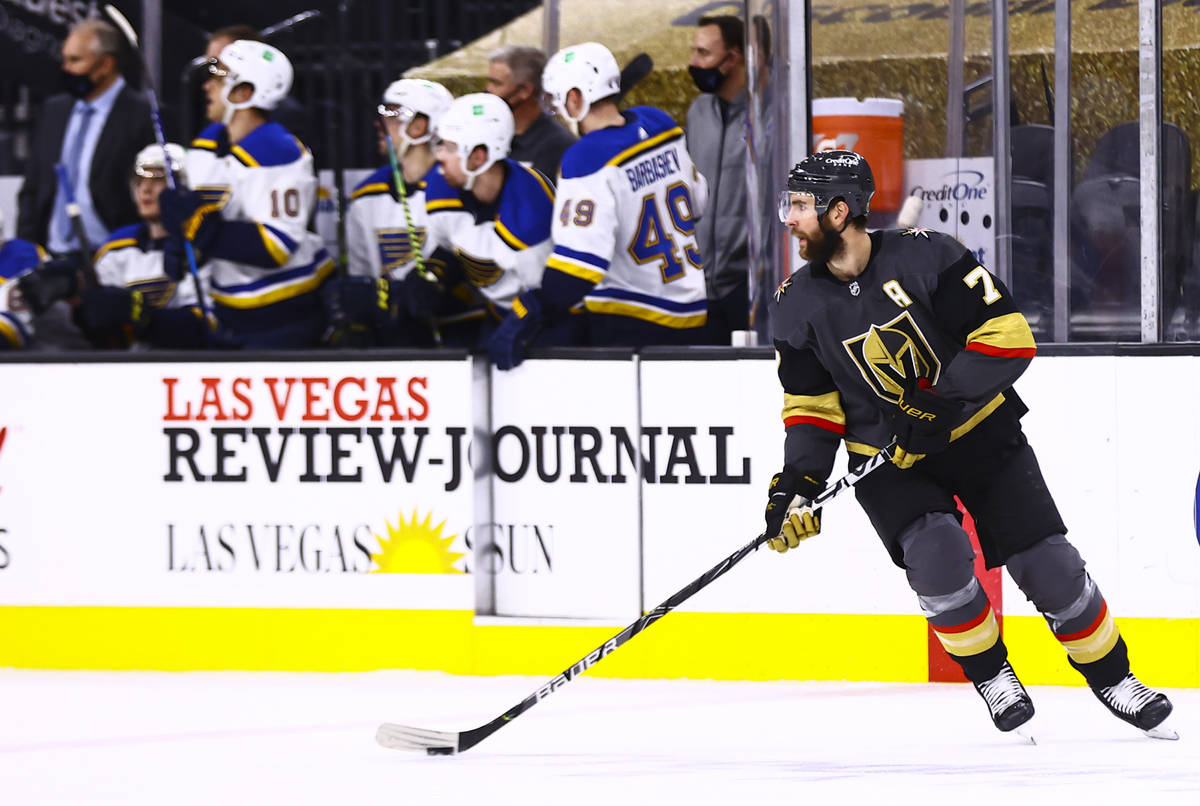 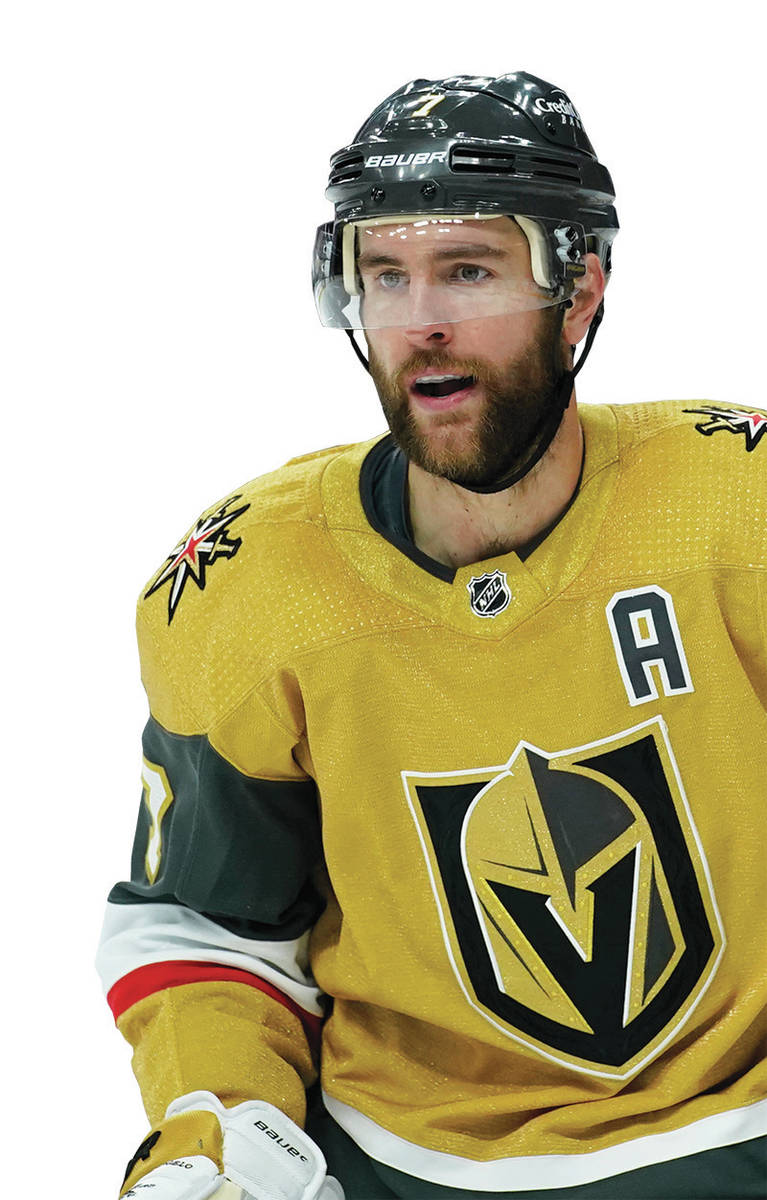 The Golden Knights’ COVID-19 issues escalated Thursday, resulting in the postponement of their game against the St. Louis Blues.

Defenseman Alex Pietrangelo was included Thursday afternoon on the NHL’s daily list of players unable to practice or play because of the league’s COVID-19 protocols, hours after the decision was announced. The NHL said Thursday morning the postponement came after a Knights player and another coach entered the protocols. A coach tested positive Tuesday before a 5-4 shootout loss to the Blues at T-Mobile Arena.

The NHL’s policy is to not give the exact reason a player is unavailable or how long he might be out. The factors that led to Pietrangelo’s appearance on the list will determine the length of his absence.

The Knights’ facilities at City National Arena will be closed until further notice, and Friday’s practice was canceled. The team is next scheduled to play the San Jose Sharks on Monday and Wednesday in Glendale, Arizona, and the Los Angeles Kings on Feb. 5 and 7 at T-Mobile Arena. The league said a decision on next week’s games will be made within 48 hours.

The Knights have been dealing with COVID-19 for months. Four players tested positive in November, and all recovered.

The team then had issues again Tuesday when the staff member tested positive, soon after two games at Arizona on Jan. 22 and Jan. 24, the first road trip of the season. Arizona has the highest case and death rate in the nation. The positive test forced the Knights’ coaches to self-isolate, but the game was played with general manager Kelly McCrimmon and Silver Knights coaches Manny Viveiros, Joel Ward and Jamie Heward behind the bench.

The Tuesday game was Pietrangelo’s first against St. Louis since signing a seven-year, $61.6 million contract with the Knights in October. The 31-year-old spent the first 12 years of his career with the Blues and was the team’s captain for four seasons. He led the franchise to its first Stanley Cup championship in 2019.

After the game, McCrimmon said the Golden Knights would close their facilities Wednesday. The team did not have a player appear on the league’s COVID-19-related absences list until Pietrangelo.

The Knights were scheduled to have a 10 a.m. skate Thursday at City National Arena, but it was canceled shortly before the league postponed the game. The Blues were practicing at T-Mobile when the NHL made the announcement. No St. Louis players appeared on the league’s COVID-19-related absences list.

The Knights are not the first NHL team to have COVID-19 issues this season. The start of the Dallas Stars’ season was delayed after 17 players tested positive. The Carolina Hurricanes had four games postponed.

Knights left wing Max Pacioretty said after Tuesday’s game that he was surprised the team had a positive test for a coach.

“We take this very seriously and almost take pride in the fact that we’re trying to do whatever we can to limit exposure,” Pacioretty said. “It was a bit of a shock to hear that because of how hard we’re working to do so, but it’s just something you cannot control.”

The Knights are scheduled to play St. Louis six more times. They finish the regular season with back-to-back home games against the Blues on May 7 and 8.