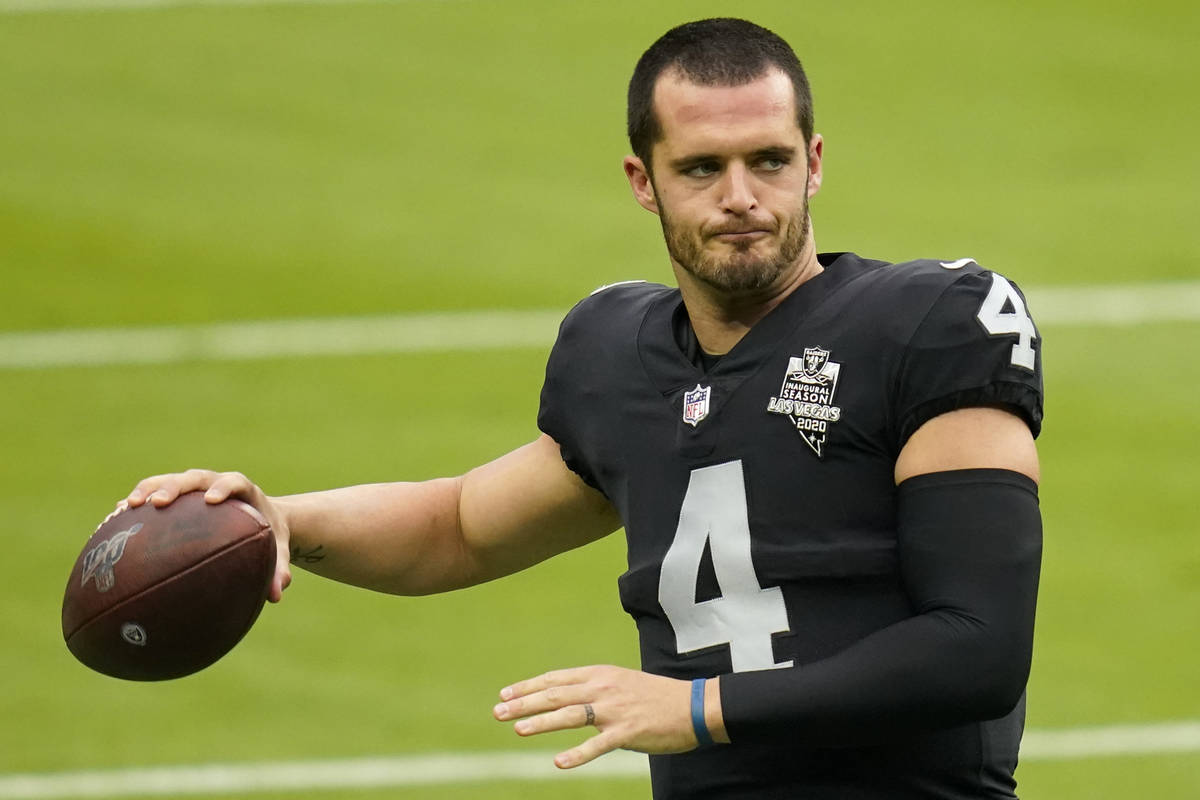 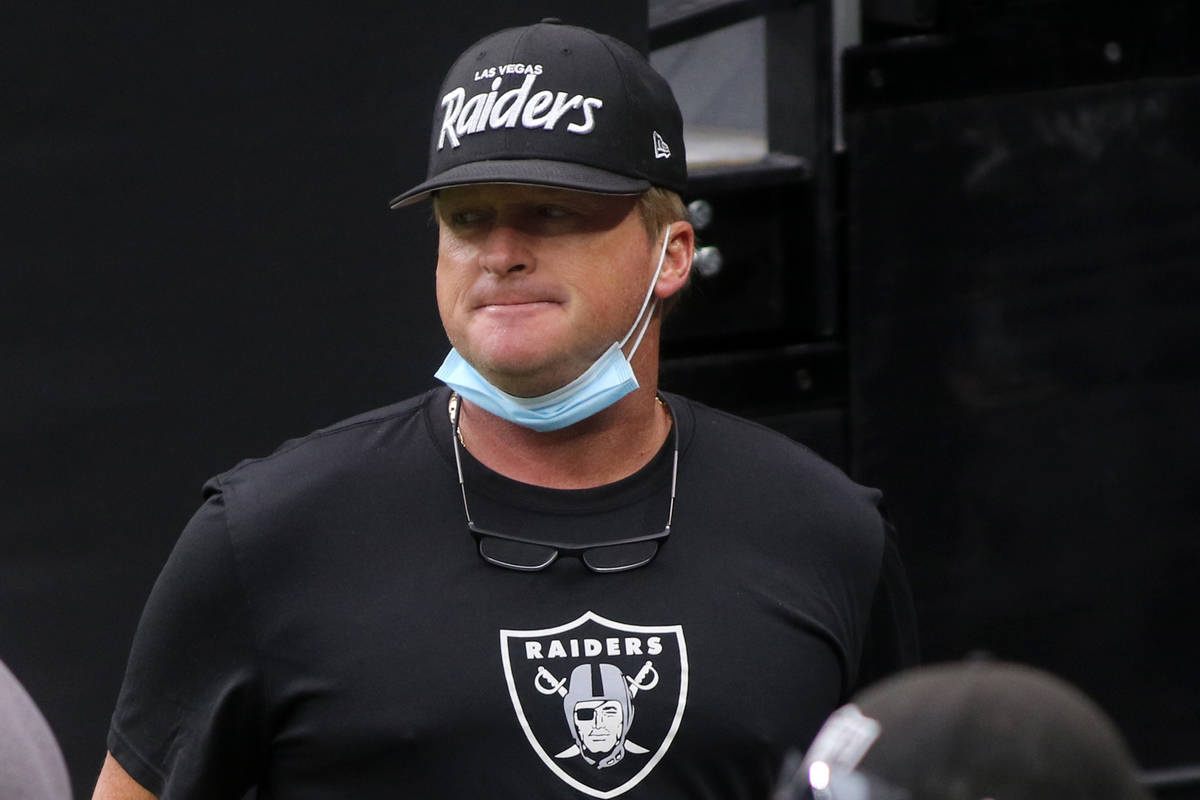 The Raiders open their season at the Carolina Panthers at 10 a.m. Sunday.

Here are highlights of what Gruden and Carr said:

On preparing for a Carolina team under a first-year coach in Matt Rhule: “We watched (his previous coaching jobs at) Temple, we watched Baylor, we watched anything we could get our hands on. It’s a little bit like when you’re a high school coach. You just drive across the county to exchange films. But unfortunately their coach never showed up, so you don’t get any tape to look at. It’s a challenge, no doubt.”

On whether the staff knew backup quarterback Marcus Mariota, who is on injured reserve, was banged up when the Raiders signed him: “We knew he had some injuries, and this injury is not related to the injuries that he had. We felt that he would be ready to go with a good, solid training camp. He was off to a good start. This is a setback for him and for us, but we’re excited when we can get him back. He still can play.”

On his offensive line facing two tough Panthers defensive ends: “In our division, we play some serious pass rushers. It’s been that way since my rookie year. With our offensive line, I always feel confident.”

On traveling for the first time with COVID-19 protocols: “I have family members all in the South that want to come to the game. They obviously can’t come to the game, and I obviously can’t go to dinner with them on Friday night. I can’t see them. It’s a different year. At the same time, we’re just playing a game. I think we all have hearts for people that are out of their jobs right now. I think there are way more important things than just the football aspect of things, but hopefully we handle it the right way and do it the right things. That way we can maybe bring some joy to some people.”