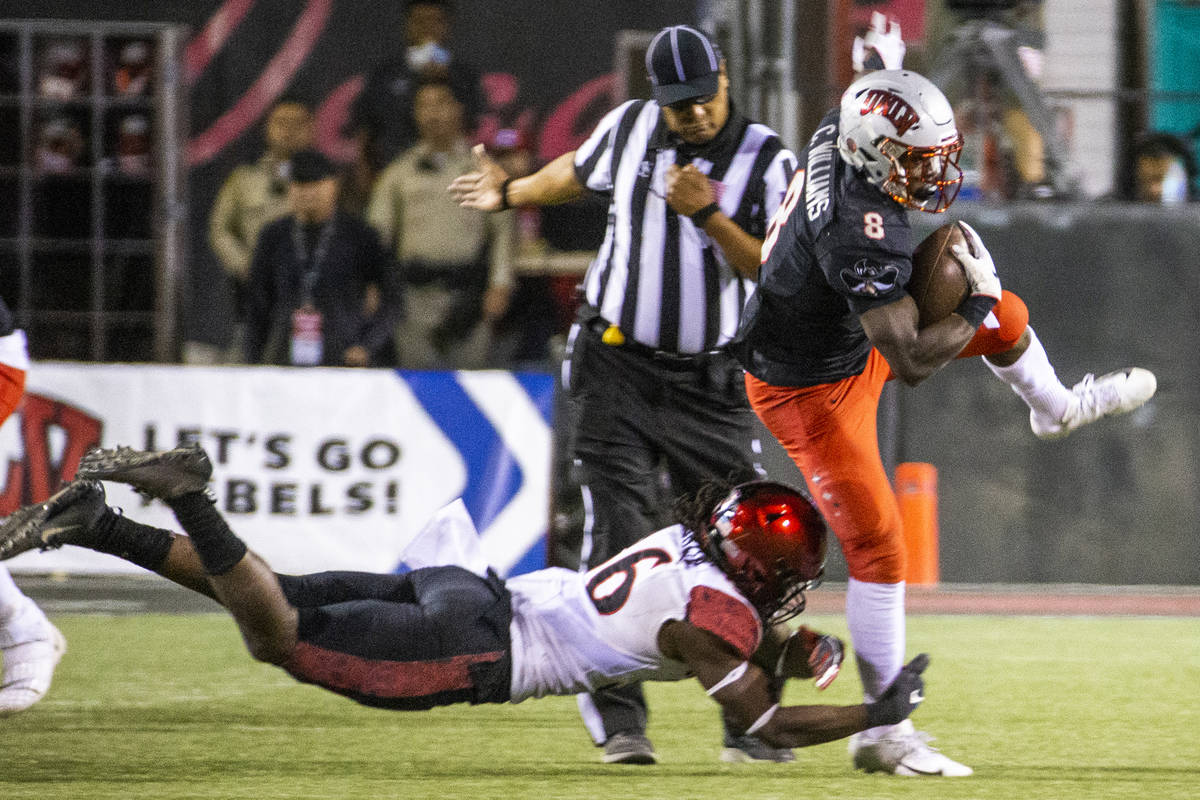 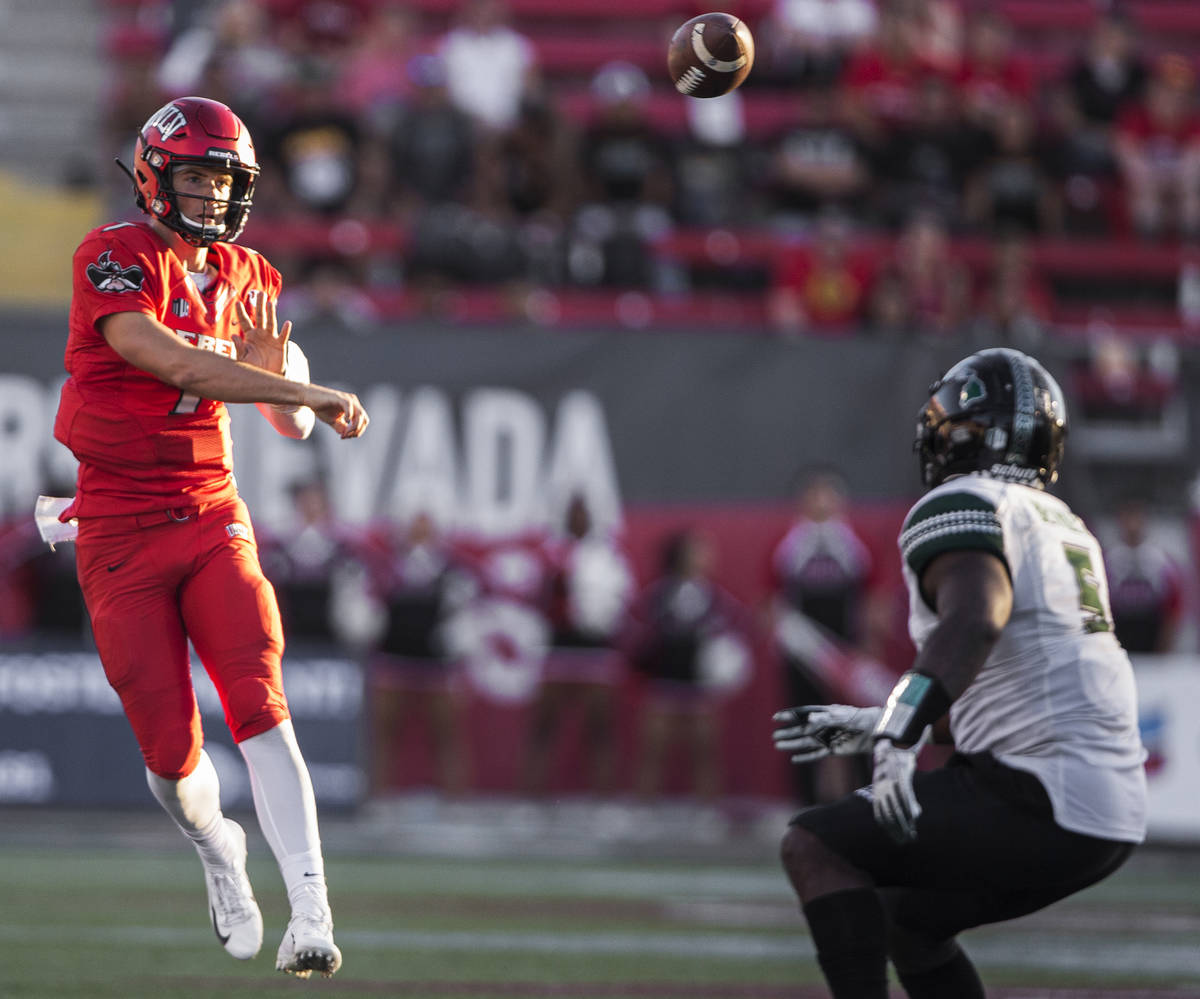 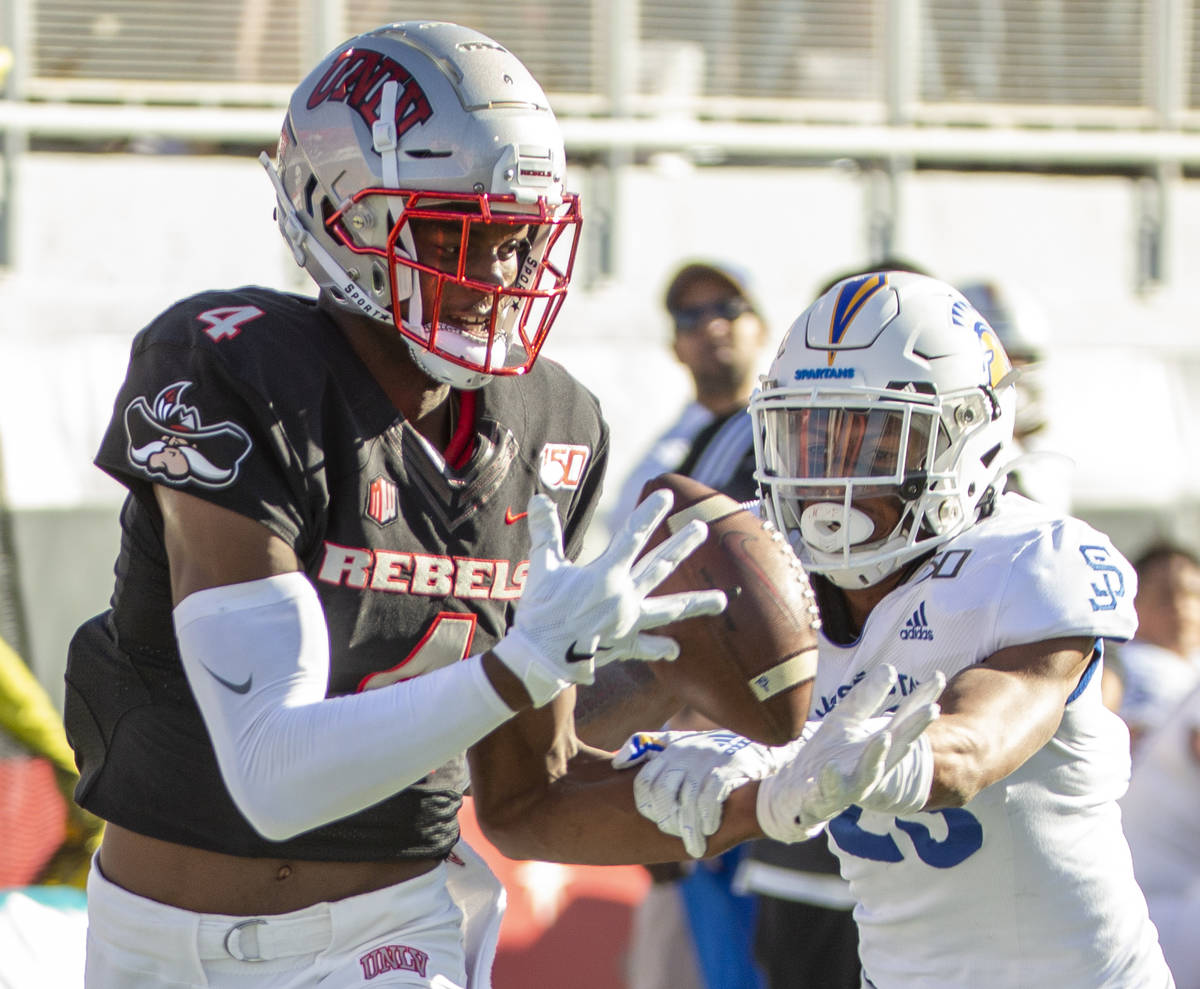 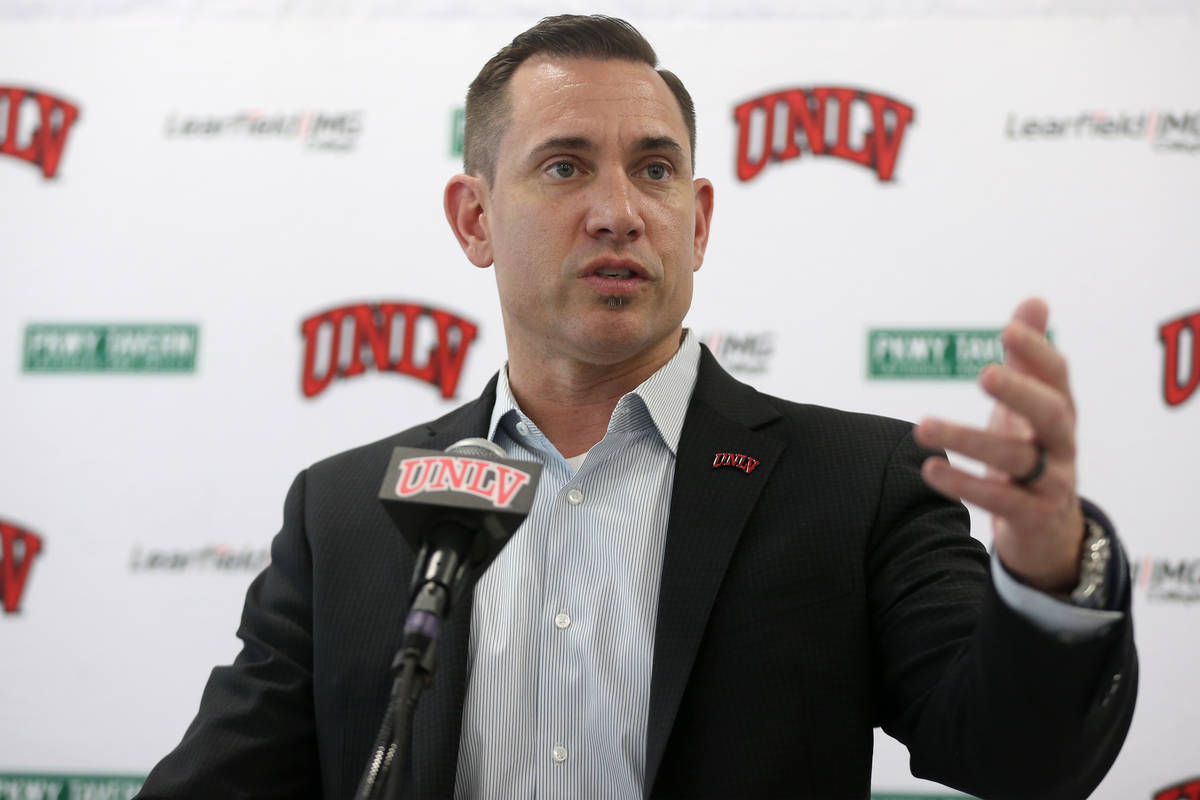 Nothing has come easily for Marcus Arroyo since he was named the 11th football coach in UNLV history in December.

Arroyo, Oregon’s offensive coordinator for the past two seasons, had a limited time to put together his first recruiting class. The COVID-19 pandemic forced spring ball to be canceled, leaving players to try to learn new offensive and defensive schemes largely on Zoom calls.

The Mountain West decided it would play next spring before reversing course and allowing for an eight-game, conference-only season — with the lone exception of Air Force having defeated Navy 40-7 on Oct. 3 in a nonconference game — to start Saturday.

Then there has been the issue of the program having to manage positive COVID-19 tests, a reality for many teams around the country, within the past week with its opener looming against San Diego State on Saturday in Carson, California.

Arroyo has been enthusiastic about his first head-coaching opportunity, but he admits the pandemic has made getting started more difficult than under normal circumstances.

“In whatever line of work you’re in, you prepare for (this opportunity), and none of us at any level in any profession had a pandemic folder we could pull out and go to,” Arroyo said. “We talk about program plasticity, the ability to move around and be creative and understand it’s a little different. I’m really thankful to our staff for the experience they have that has enabled me to get this done in a first at-bat as a head coach.”

Arroyo took over for Tony Sanchez, who was fired in November after a 20-40 record in five seasons. The Rebels haven’t had a winning season since going 7-6 in 2013.

Arroyo’s opening statement was a strong one, overcoming a lack of time to put together a 28-member recruiting class that was ranked No. 1 in the Mountain West by Rivals.com and No. 2 by 247Sports.

The Rebels have been on the practice field for the past three weeks, but that time is limited. Because the fall camp is taking place during an academic period, teams must abide by the NCAA’s practice rule of 20 hours a week.

That means fewer reps than usual, and they have fewer bodies than normal, too. Arroyo said in a normal camp, teams will have 105 to 110 players. The Rebels have 80 to 90, he said, and it’s a delicate balance between trying to get players their reps while making sure nobody is overworked.

“A lot of the focus right now is on fundamentals and conditioning,” Arroyo said. “A big point for us is understanding how the foundation of this program in every way is being laid out for these guys. It’s all brand new.”

The foundational expectations are being set at every level, such as when the team is meeting, lifting, eating, recovery, hydration, going through treatment before and after practice, and how to practice, Arroyo said.

The Rebels return 14 starters — eight on offense, five on defense and a specialist — from last season’s 4-8 team, and they’re picked to finish last in the six-team Western Division. They have work to do on both sides of the ball, as they were ninth in the conference in scoring offense (24.2 points per game) and 11th defensively (33.0).

New offensive coordinator Glenn Thomas, who spent the past three years as the co-offensive coordinator at Baylor, has UNLV’s top three playmakers back in quarterback Kenyon Oblad, running back Charles Williams and wide receiver Randal Grimes. But Arroyo said Oblad is battling three others for the starting job.

Oblad played in 11 games and started eight as a freshman last season, throwing for 2,081 yards with 18 touchdowns and nine interceptions. Arroyo said Oblad’s experience has shown on the practice field.

“You like that K.O. has been around and seen some live bullets,” Arroyo said. “He hasn’t done it in your system, but he’s exhibiting that he’s been in some live reps in this conference.”

The three others in the mix are Texas Christian sophomore transfer Justin Rogers, senior Max Gilliam, who started seven games in 2018, and junior Marckell Grayson. Arroyo said each has done a good job learning the new system.

Rogers was No. 58 in the ESPN 300 coming out of high school in 2018 and is the highest-rated transfer in UNLV history, according to 247Sports.

Whoever starts will have help from Williams, a first-team All-Mountain West selection as a junior last season when he rushed for 1,257 yards. He has 2,445 for his career, seventh most in school history. He needs 1,289 to pass Tim Cornett (3,733 yards from 2010 to 2013) and become UNLV’s all-time leading rusher.

The Rebels will be led on the offensive line by Julio Garcia, who received honorable mention on the All-Mountain West team.

The defense is also learning a new scheme under coordinator Peter Hansen, who spent the past six years coaching inside linebackers at Stanford after serving as an assistant for three years with the San Francisco 49ers.

Hansen is expected to use multiple looks to try to confuse opposing offenses, and he has a few building blocks. Linebacker Farrell Hester II is the Rebels’ leading returning tackler after having 70 last season.

Arroyo also singled out linemen Kolo Uasike and Nate Neal and backs Bryce Jackson and freshman Tyson Player as defenders who have been leaders in practice.

“There’s a lot of guys who have been asked just to do their job,” Arroyo said. “Sometimes guys start getting outside the framework at such an early time that they start doing things we’re not asking them to do. That’s the key. Do your job first, and everything else will come to it.”