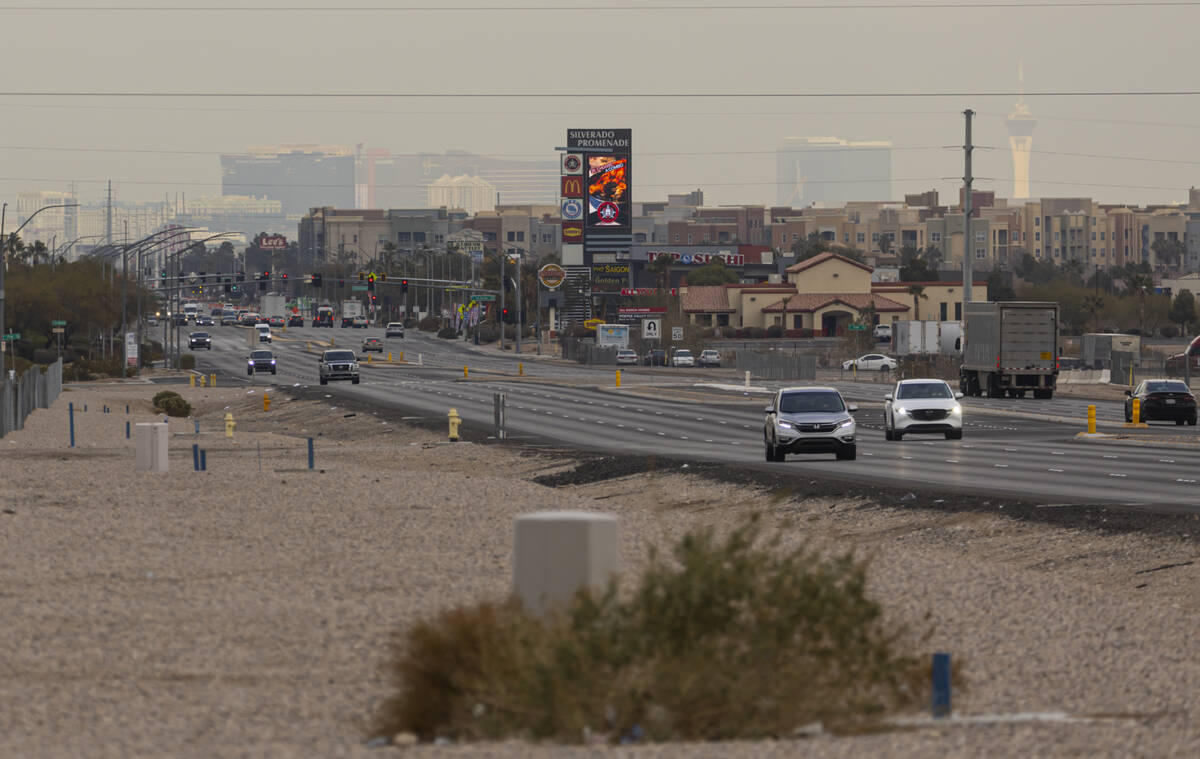 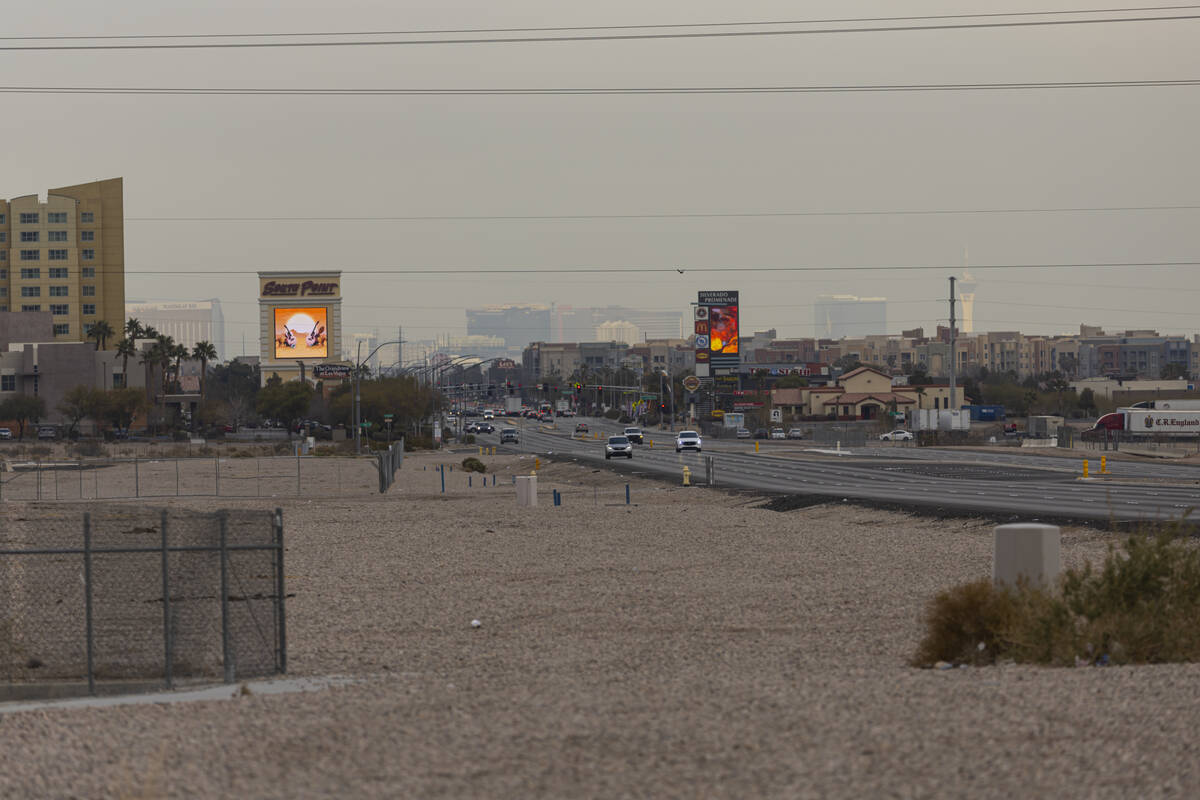 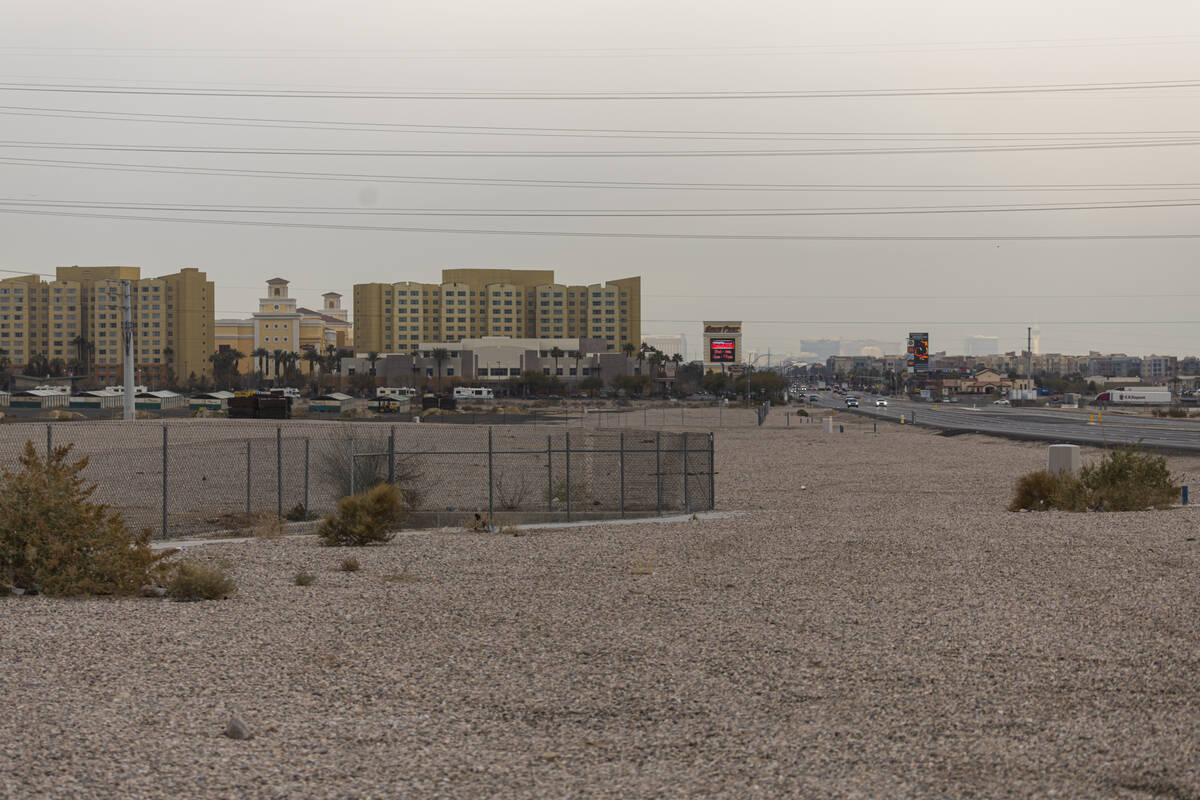 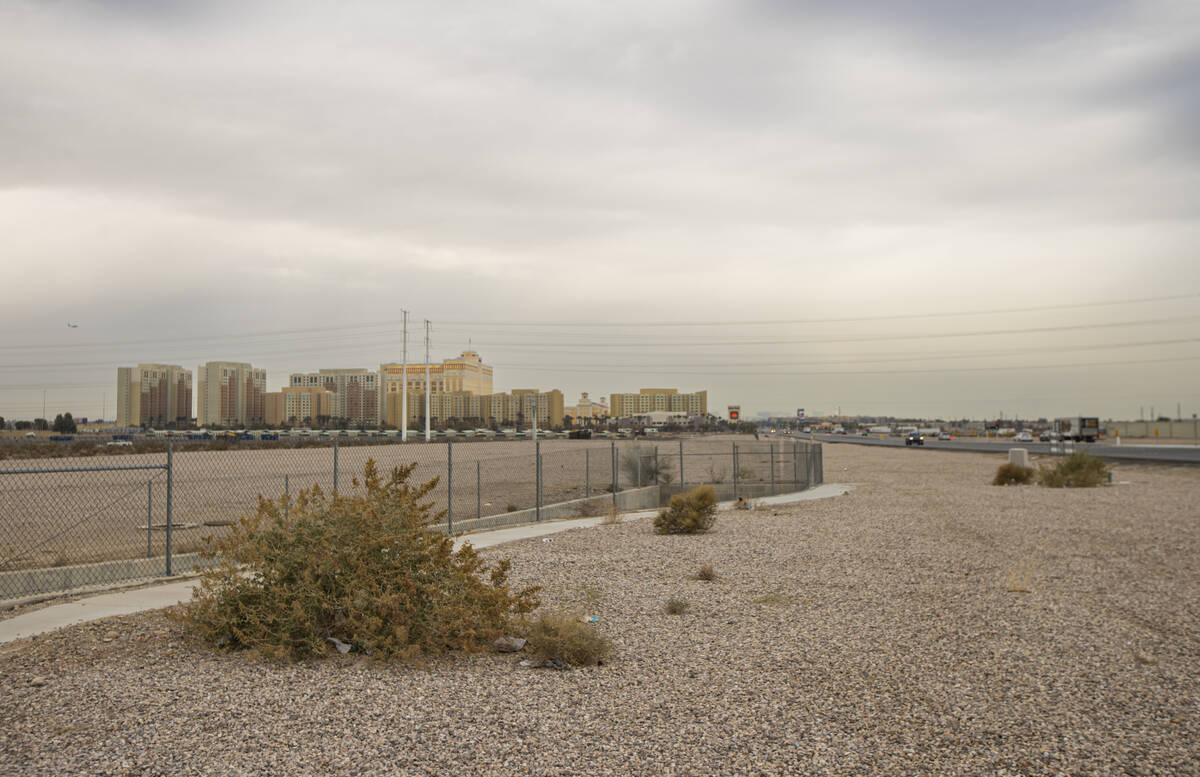 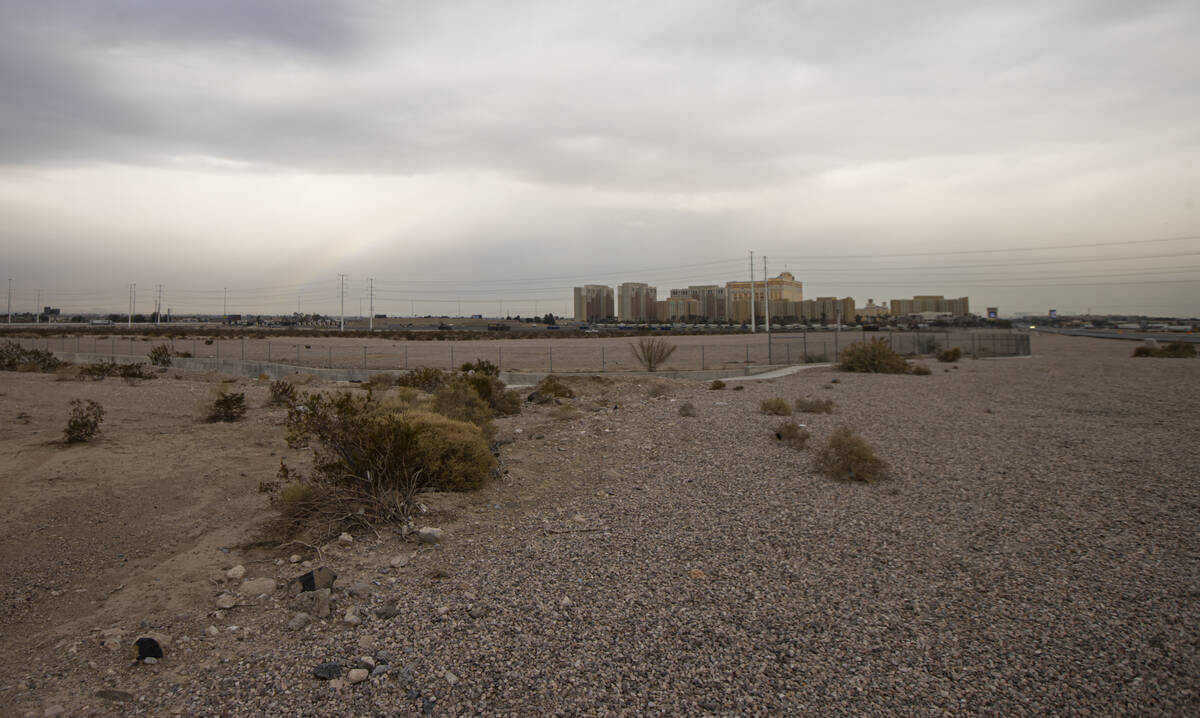 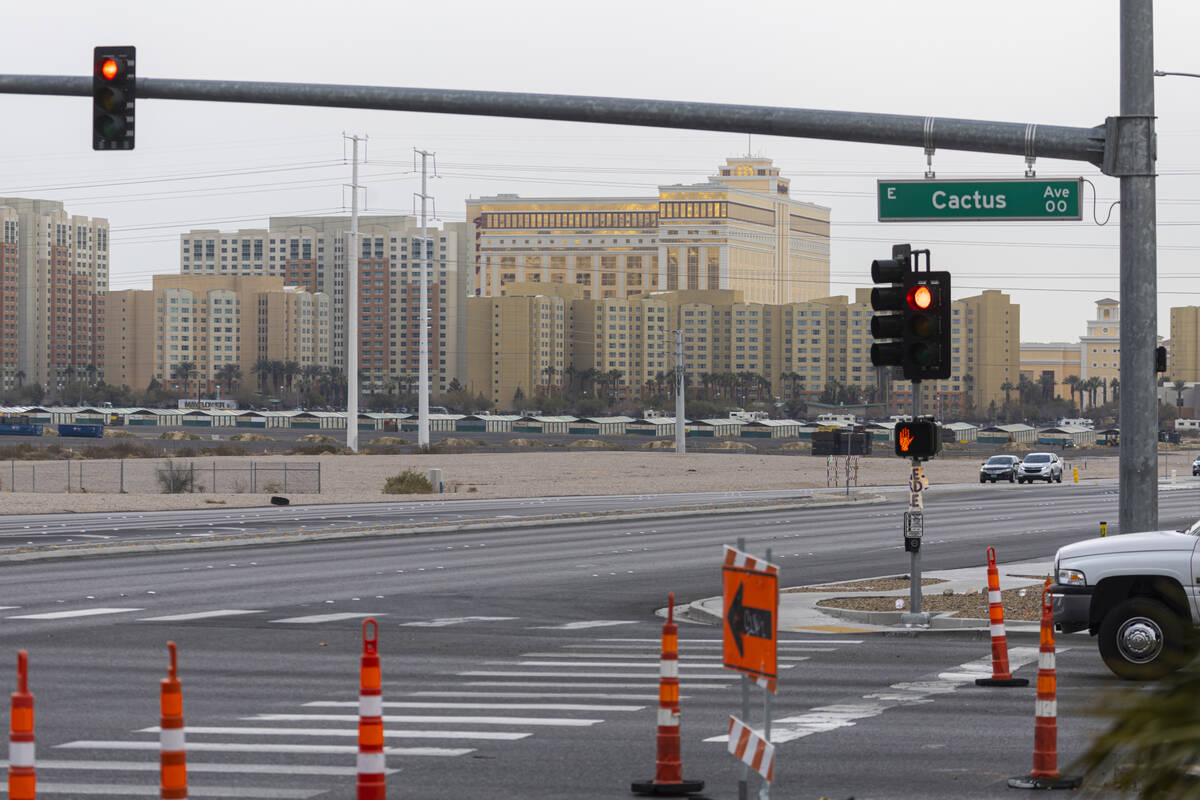 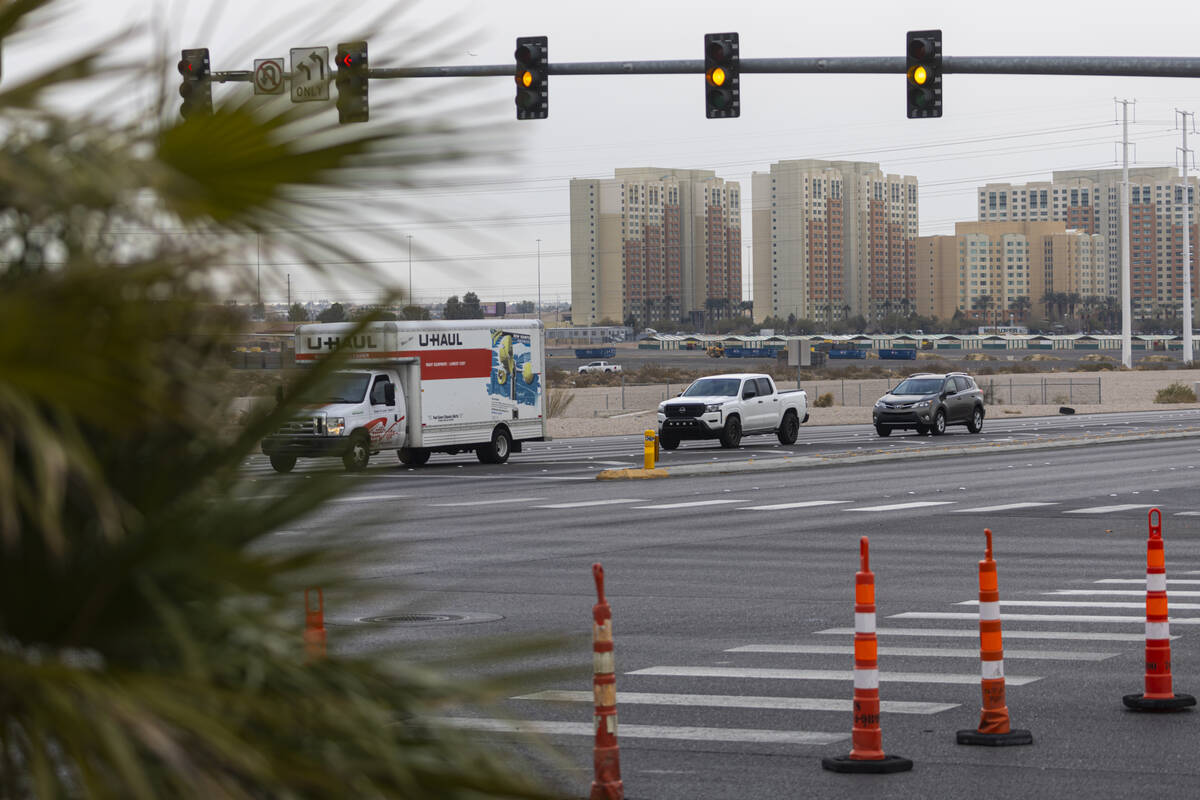 Land recently sold by Station Casinos is pictured in the background off of Las Vegas Boulevard and Cactus Avenue on Thursday, Jan. 5, 2023, in Las Vegas. (Chase Stevens/Las Vegas Review-Journal) @csstevensphoto

A hospital chain acquired a sprawling land tract south of the Strip from Station Casinos, raising the prospects of a new medical campus along Las Vegas Boulevard.

Station confirmed it sold the property.

An HCA spokesman confirmed the company purchased the property but said it does not have definitive plans for the site.

“We buy land from time to time for potential use in the future. … No specific plans have been made on the use of the land,” said Antonio Castelan, HCA communications manager.

HCA, based in Nashville, Tennessee, operates Sunrise, Southern Hills and MountainView hospitals in the Las Vegas Valley. It boasts a total of 182 hospitals and approximately 2,300 other locations, including free-standing emergency rooms, urgent care centers and physician clinics.

Station, which owned the site for years and still has extensive land holdings in Southern Nevada, is overhauling its real estate portfolio. The locals-focused casino chain has sold some properties recently, bought others, and pushed ahead with plans to build a new crop of resorts, all part of a plan to double its portfolio by 2030.

It still has a big plot of land south of the Strip, too. Last July, it purchased roughly 126 acres at the southwest corner of Las Vegas Boulevard and Cactus — across the street from the spread it just sold — for more than $172 million.

Just days before it closed that big purchase, Station parent Red Rock Resorts announced it would tear down three hotels that had been closed since the onset of the pandemic — Fiesta Henderson, Fiesta Rancho and Texas Station — and sell the sites.

Station then ended the year with a flurry of real estate activity.

In late November, it sold 21 acres next to its under-construction Durango resort, in the southwest valley, for nearly $24 million to an apartment developer. Station then purchased 67 acres of land in North Las Vegas for $55 million in December, after it secured approvals for a 600-room project on that site.

Also last month, the Henderson City Council approved the city’s purchase of the 35-acre former Fiesta Henderson property for $32 million, with plans to build a recreational sports complex there. The same day, a council vote put Station closer to buying almost 4 acres from the city, next to its future casino site in Inspirada.

The company has not formally announced which resort it would build after the $750 million Durango project, which is slated to open in the fourth quarter this year.