For most Las Vegans, sports are a diversion.

They provide a sanctuary after a difficult day at the office, a communal experience with friends and relatives, an icebreaker to engage a taxi driver in conversation.

But for some Las Vegans, sports are more vital than any, or even all, of the reasons mentioned above.

For those who work on the periphery of the games so many merely enjoy, they generate income that can be life sustaining.

Sports can keep the landlord at bay, pay down on the Fiesta or Kia, provide for a slice of daily bread.

Many among us are missing the games of our lives during the shutdown for the coronavirus pandemic.

But these six are feeling a different kind of pain.

With local sports having gone on hiatus and the tourism industry under similar lockdown, “Beer Man Bruce” Reiner — also a guide on Las Vegas’ Big Bus sightseeing tour — is without both sources of his primary income.

“The king of beer and the king of tourism is on the sidelines,” the Beer Man said in a voice nearly as brash as his Las Vegas Ballpark and T-Mobile Arena salutation to spectators.

Reiner has been peddling beer, water and nuts in Las Vegas for 17 years. He has built a following as large as his personality.

But those who sell suds at sporting events do not receive multiyear contracts with no-trade clauses and bonuses for moving the most Michelob Ultra on Bobblehead Night.

“Everybody who is a vendor — zero until game time,” Reiner said.

On Friday, Golden Knights owner Bill Foley and the team’s goalie Marc-Andre Fleury put up a minimum of $500,000 to tide over part-time team employees and workers at T-Mobile Arena.

Some of it is earmarked for the vendors. Perhaps Reiner and the other arena hawkers won’t have to wipe out life savings — if they have any — to make it through the shutdown.

But when the world starts turning again and sports mounts a comeback, Reiner says he will be back with a new catchphrase.

Bullock jokes that he played college baseball back when balls were filled with feathers.

Earned a college scholarship. Hurt his knee. Became an umpire.

He has been calling games — along with basketball and soccer while also being a timer for some prep sports — for 20 years in Southern Nevada.

It’s good work if you can find it.

Umpires who work 200 games a year at the high school and youth levels can earn around $12,000.

“For some guys, this is their primary source of income and there’s nothing to fall back on,” said Bullock, 66. “You work five days a week on games that might last between an hour-and-a-half to two hours. That’s $350.

“That’s a pretty good chunk of change for someone like me and all the guys now missing out on it. Baseball umpires pretty much work year-round in Las Vegas.”

Bullock also works as an usher at Golden Knights games at T-Mobile Arena.

He had been missing out on those paychecks, too, until the Knights stepped up Thursday.

“What I make is what I make,” he said. “And right now, that’s not much. I understand it. It has to be about everyone’s health and safety first and foremost. But this hurts. We may end up losing some very qualified officials who simply find other jobs.”

Durazo isn’t on the sidelines anymore.

He’s at the free-throw line. Or behind the 3-point line.

“I try to get outside and try to get my mind off things,” he said. “I feel like it’s almost been a year with no sports. This sucks.”

The 24-year-old Durazo for nearly three years has logged statistical and play-by-play data at Golden Knights, Rebels and Aces games — along with neutral-site college basketball games that pass through Las Vegas.

His company, SportRadar, distributes the data to more than 1,000 companies across 80 countries worldwide.

But with no games in town or anywhere else, there is no data for Durazo to track.

So he gets his daily sports fix by shooting hoops.

“I’ve had to call credit card companies. I’ve had to go to my dealership, make sure I’ve had (bills) paid off for a couple months,” said Durazo, who could make up to $3,000 a month as a SportRadar employee. “There’s definitely a couple things I have to take care of now. It hurts…but in the long run, you’ve got to stay positive about it.”

Durazo hasn’t let the arduous circumstances dim his positive outlook, despite losing his other job at Park MGM, where he was a cashier.

His family lives in Las Vegas and is helping to support him; He’s more concerned about others in the industry.

“There’s not much of a bright side nowadays,” he said. “But we’ve got to find a light at the end of the tunnel.”

Most weeks, Villacruz trains clients for 15 half-hour sessions at $35 each.

“And it’s all gone for now,” she said. “That money helped with rent, bought diapers for my daughter, for things like the (electricity bill). I’ve lost all my clients.

“Everything just stopped. It really, really, really hurts. But you never expect for things to go like this so abruptly in the face of a pandemic.”

She is 23 and attended UNLV. She is a New Jersey native who has trained others since 2017. She does so now out of a community gym, which has closed in the wake of the virus.

Also a competing bodybuilder, Villacruz worked for a franchise gym before going independent following the birth of she and her boyfriend’s daughter.

She relies on a steady stream of folks who desire proper meal plans and workout routines. Yet when it comes to discretionary income in these frightening times, most are now passing on such direction about diet and exercise.

“It’s wild,” Villacruz said. “It’s now about just waiting to see what’s going to happen. There’s just no way of knowing how long this will last. I do my best to help with all the bills for our family, but that’s not possible now.”

It was March 22, the scheduled Opening Day of the Green Valley Little League. There was to be pomp and circumstance. Peanuts and Cracker Jack. Hey batter, hey batter, SUH-WING batter!

Instead, there was a virus threat and a shutdown.

And a padlock on the gate at the Arroyo Grande Sports Complex where the Little League plays.

“We had already signed up 190 kids,” said Marc Grisar, the former Green Valley Little League president and its current treasurer and district representative. “Already practicing. We’ve got our uniforms and we’ve got everything and then …”

Opening day and probably much of the season, if not all of it, was postponed by the spread of the virus.

Griser is an accountant. He is working from home during self-distancing and quarantine. The Little League kids cannot play ball from home, he said. There may not be an all-star team this year.

If the season is wiped out by the virus threat, so, too, will be league coffers.

Registration fees are the primary source of income, along with sponsorships and donations from local businesses and individuals.

Some will request refunds. While the city of Henderson operates the concession stand, Green Valley Little League gets to keep the profit on Opening Day when the league also holds a major fundraiser.

Now that money is gone, too.

And what she’ll have to live without for the foreseeable future. Both personally and professionally.

Brown, 45, is the communications director and events coordinator for Vegas Elite, the city’s local Nike grassroots program that competes in the Elite Youth Basketball League.

She handles a lot of the program’s clerical and administrative needs and had been preparing for one of her favorite periods of the year. But the forthcoming club season has been suspended, leaving her without steady work until further notice.

“When operations are suspended, then people aren’t coming to practice. If we don’t practice, then we can’t charge our fees,” said Brown, a single mother of three who has worked for almost a year in the program. “Not only is it your job, it’s your family. All the kids you became close with and their parents, then you start worrying about them, too. … It’s numbing.”

Brown is a fixture in the local basketball community. She attends high school games throughout the season and promotes exposure for all players — regardless of their club basketball affiliation.

She was also a substitute teacher who cleaned houses in her spare time to make extra money.

She’s still hopeful for some semblance of a club season.

“But in the meantime, people have to pay bills,” she said. “It’s going to be probably odd jobs and whatever I can. And what’s crazy is (a lot of other people) are in the same boat I’m in. … That’s the unknown and uncertainty.” 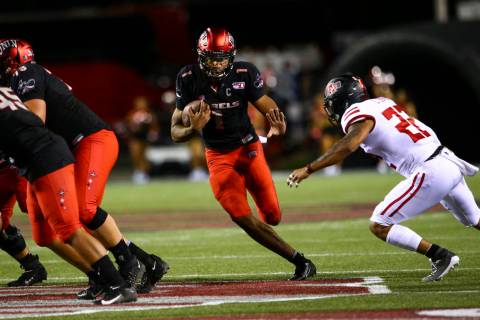 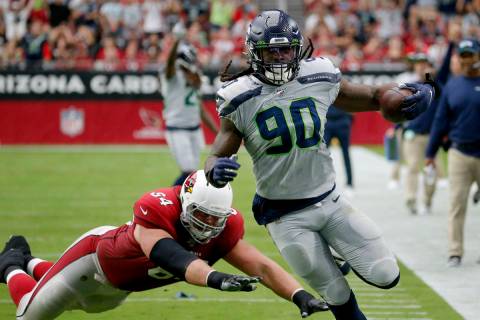 Raiders officials would neither confirm nor deny that an offer has been made to defensive end Jadeveon Clowney, the prize of the remaining free agent class. 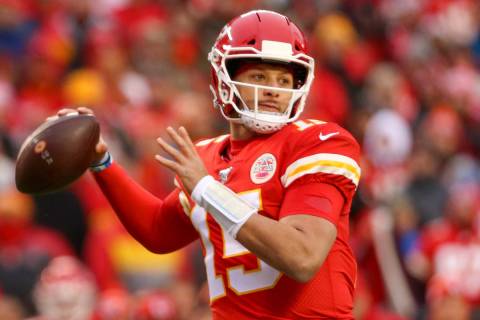 Chiefs quarterback Patrick Mahomes agreed to a 10-year contract extension Monday worth more than $500 million, meaning he will stay in the AFC West and play the Raiders twice a season. 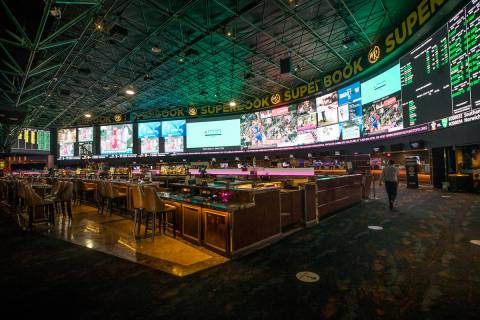 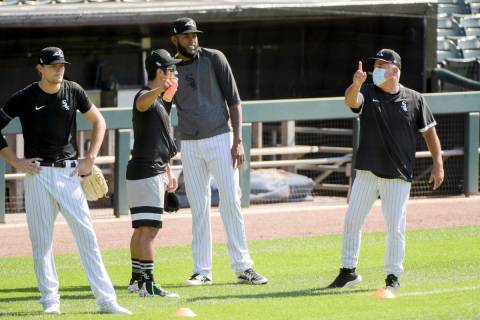 MLB released the schedule Monday for its shortened 60-game season beginning on July 23 in ballparks without fans amid the coronavirus pandemic. 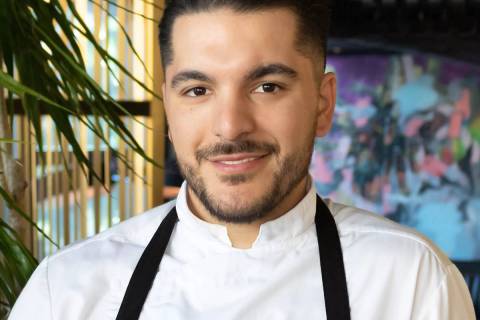 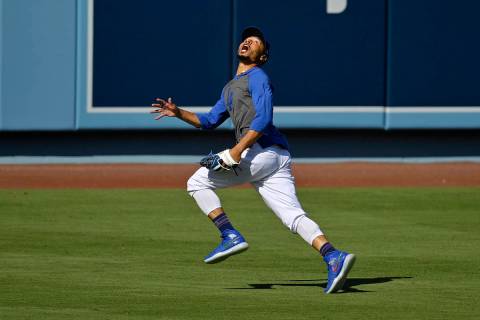 Mookie Betts, Gerrit Cole and a pair of high-profile matchups are set for opening day as Major League Baseball begins its shortened 60-game season on July 23 in ballparks without fans amid the coronavirus pandemic. 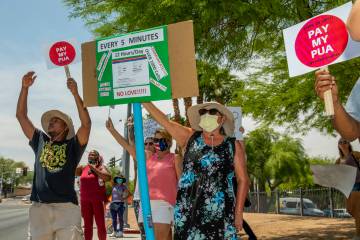 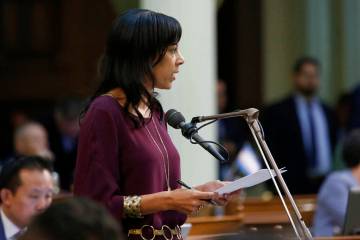 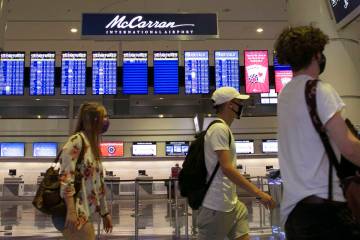 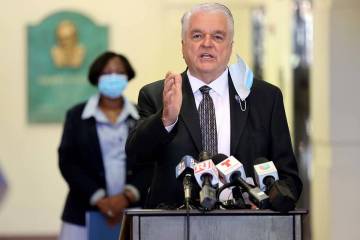 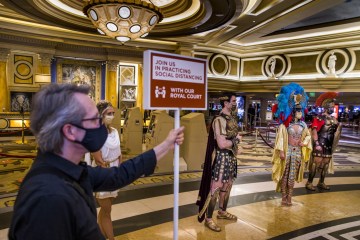 Caesars, Sands say workers risk getting fired for not wearing a mask 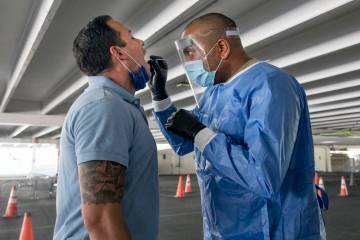 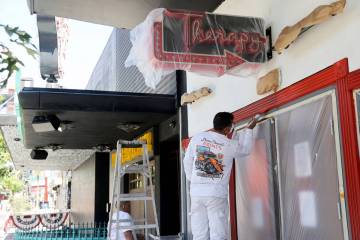 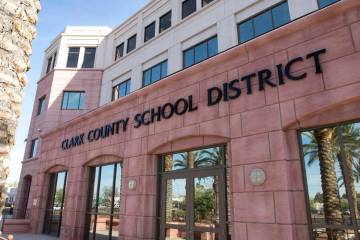 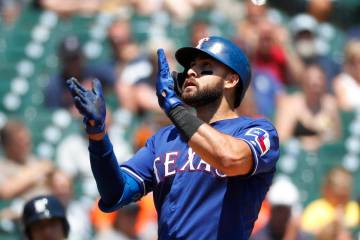 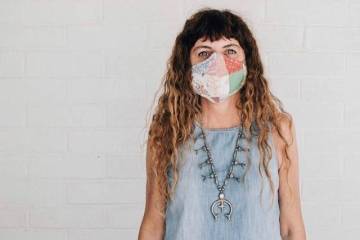 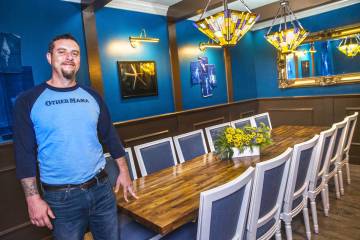 Other Mama returns to takeout only as coronavirus concerns grow 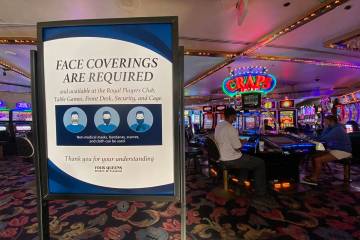 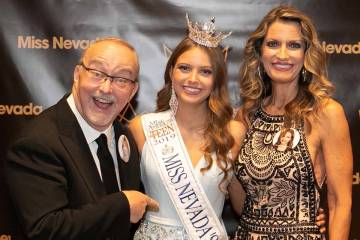 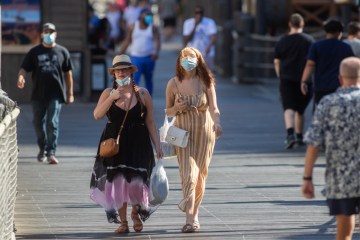 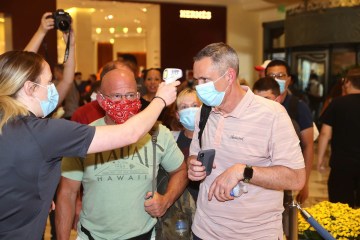 Is Nevada the ‘gold standard’ for casino coronavirus response? 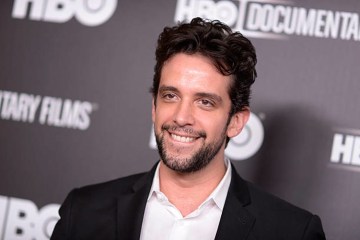 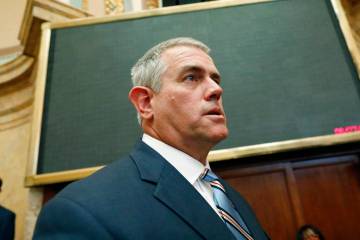 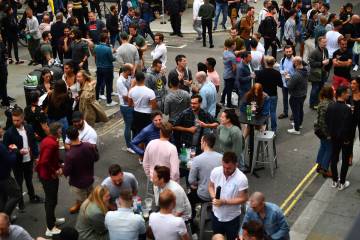 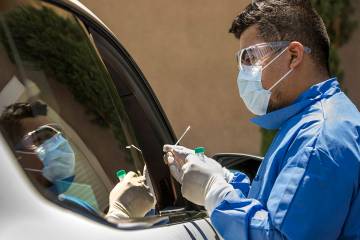 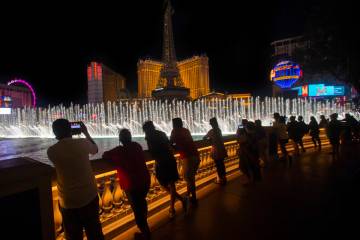