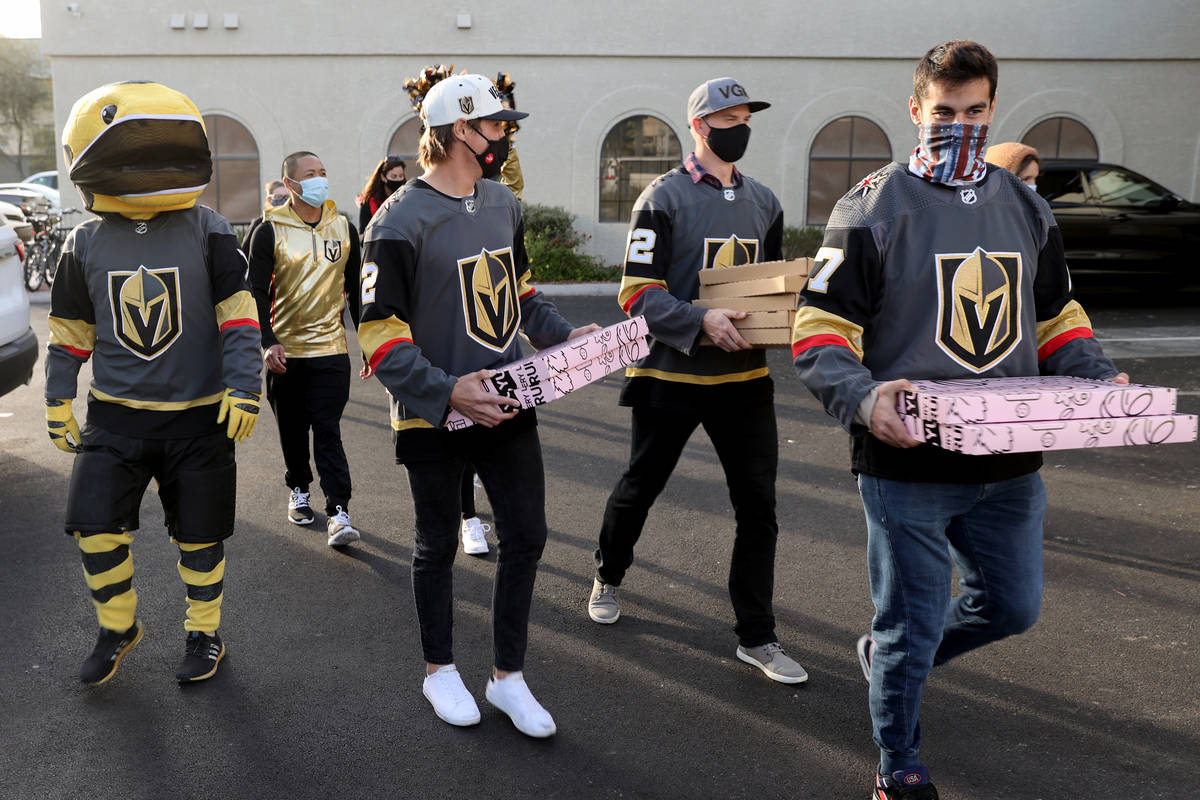 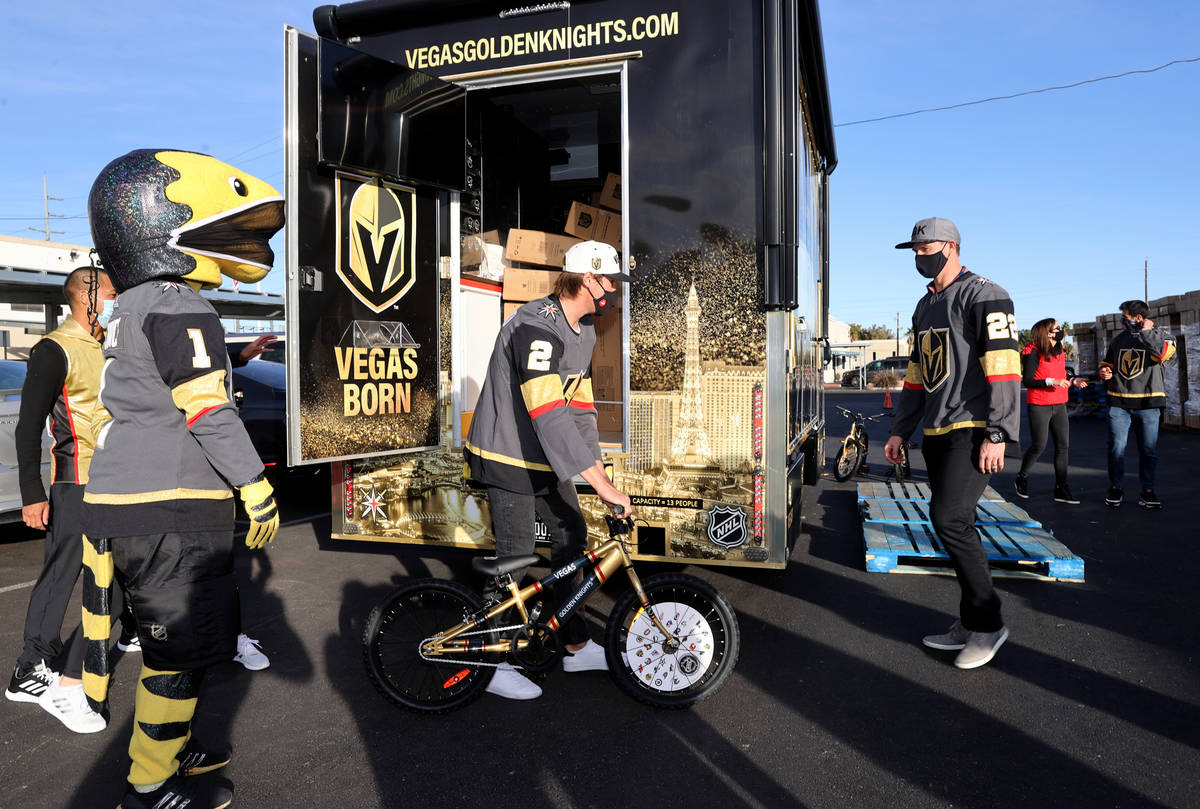 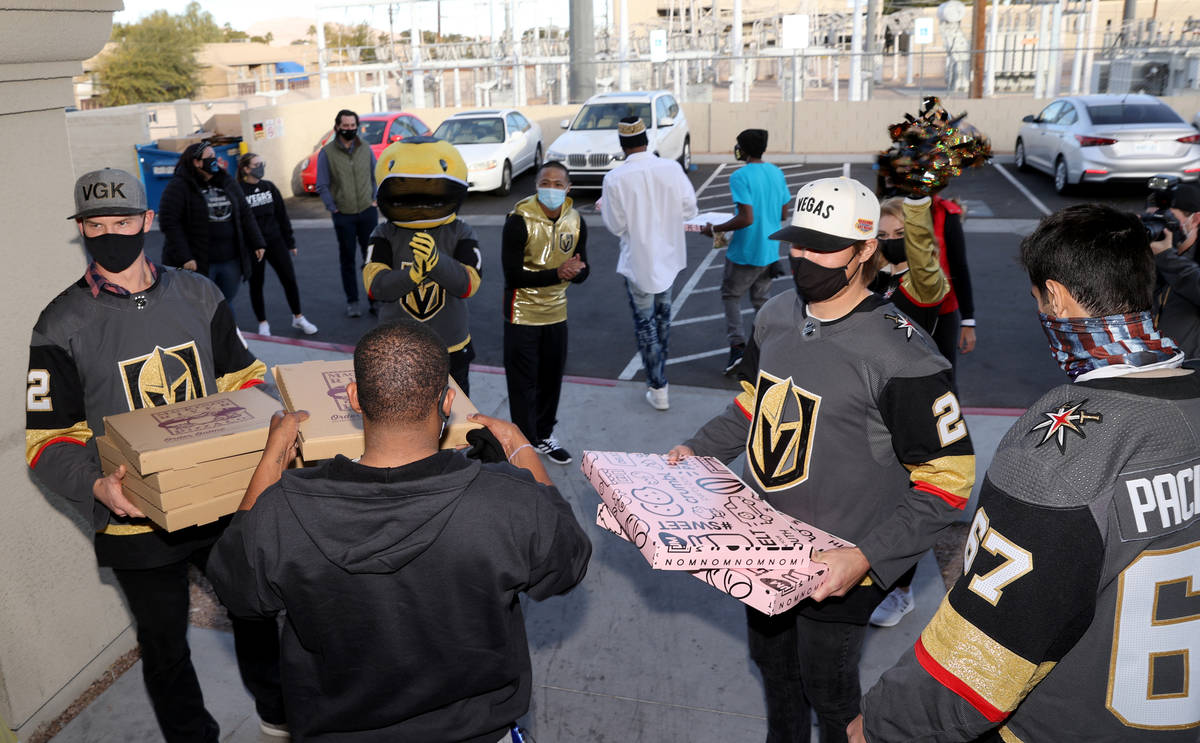 Max Pacioretty already had a lot on his plate this offseason with a new baby in the house and his closest friend on the Golden Knights shipped off to Winnipeg.

Hearing his own name mentioned in trade rumors barely caused Pacioretty to flinch.

“I played in Montreal for 10 years, so this is lightweight stuff. I’ve heard a lot worse,” Pacioretty said Tuesday. “I was a captain, too, so you can imagine after a bad year the stuff I’ve heard. This is nothing.”

Pacioretty, who led the Knights in goals and points last season, took a break from his preparation for the 2020-21 season to participate in a holiday charity event Tuesday at HELP of Southern Nevada.

The veteran left wing was joined by defensemen Nick Holden and Zach Whitecloud to donate bicycles for low-income families. Coach Pete DeBoer and goaltender Marc-Andre Fleury loaded the gifts onto a truck at City National Arena before they were delivered.

The Vegas Golden Knights Foundation also made a $25,000 contribution to HELP of Southern Nevada.

“As you can see, the generosity is amazing within this organization and for this community,” Pacioretty said. “You always feel good around the holidays when you help give back.”

Pacioretty and his $7 million salary cap hit was being shopped by the Knights this offseason, according to TSN’s “Insider Trading,” though owner Bill Foley shot down the rumors in recent interviews.

Pacioretty posted 32 goals and 66 points, his most in those categories since 2016-17, before battling injuries during the postseason. He was held without a goal in his final eight games as the Knights were bounced by Dallas in the Western Conference Final.

Shortly after he returned from the bubble in Edmonton, Alberta, Pacioretty’s wife gave birth to their fifth child (and first daughter).

He has participated in the Knights’ small-group workouts the past few weeks and said he is close to 100 percent healthy.

The NHL and players’ association have not finalized the details of the season but reportedly are targeting a Jan. 13 start with training camp possibly beginning Jan. 3.

Pacioretty expects to be ready and noted his offseason preparation was planned out with the anticipation the season would start between Jan. 15 and Feb. 1.

“The sooner the better for myself personally,” Pacioretty said. “I hope that early date that everyone’s talking about is the reality, but obviously we can’t do anything other than wait and see and prepare the best we can.”

Stastny and Pacioretty are longtime friends and skated on the same line for much of the past two seasons.

Stastny was traded to Winnipeg with the Jets hoping he can fill the hole at second-line center and jumpstart winger Patrik Laine.

“When you look at the hockey aspect of it, it’s a really good opportunity for him,” Pacioretty said. “It’s like the deck is stacked in his favor to produce.”

With Stastny gone, the Knights will have a new look down the middle. Pacioretty played with center William Karlsson the latter portion of last season and the playoffs, but also showed chemistry in his brief time with center Cody Glass.

Glass added 13 pounds in the offseason, and Pacioretty said the 21-year-old looks like a new person.

“I think he’s an amazing player, especially on the power play,” Pacioretty said. “I’ve been seeing him a lot at the rink. He’s going to, I think, blow away some expectations.”