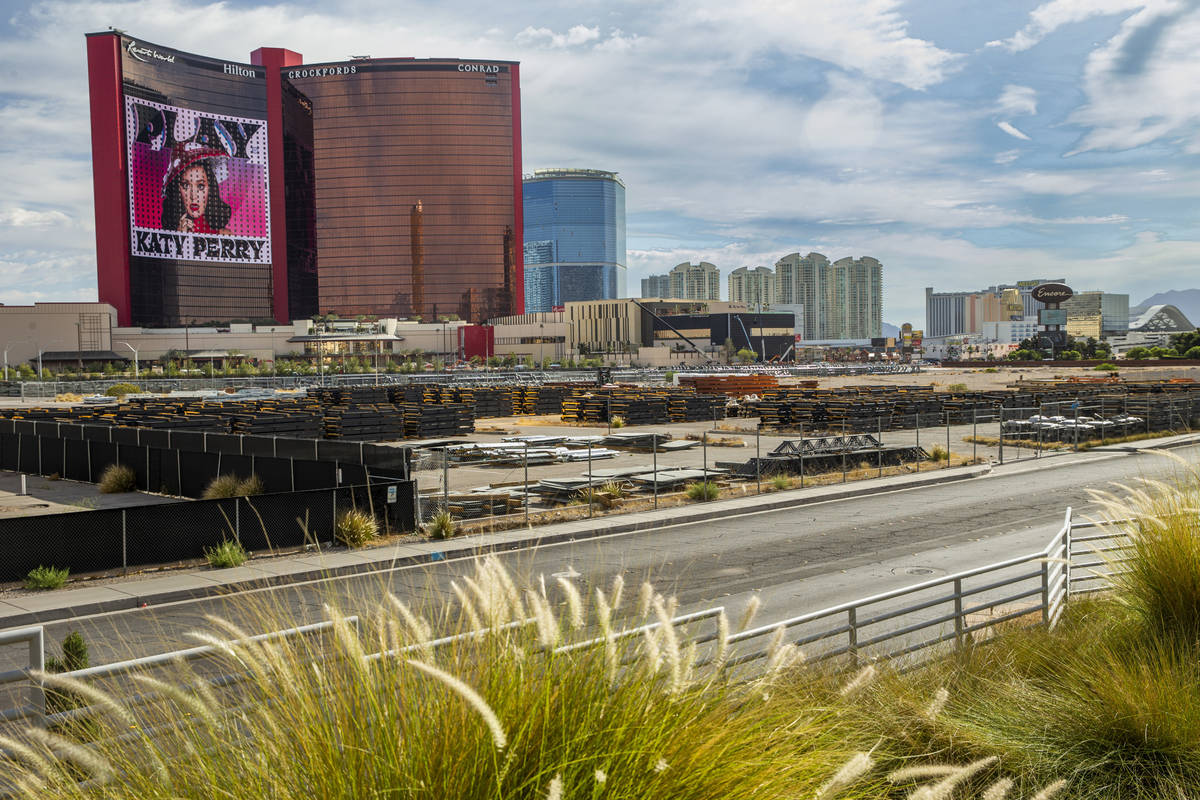 Resorts World Las Vegas with nearby properties including the 38 acres of vacant land immediately to its south (land owned by Wynn Resorts) and the former Fontainebleau behind across the street on Wednesday, June 9, 2021, in Las Vegas. (L.E. Baskow/Las Vegas Review-Journal) @Left_Eye_Images 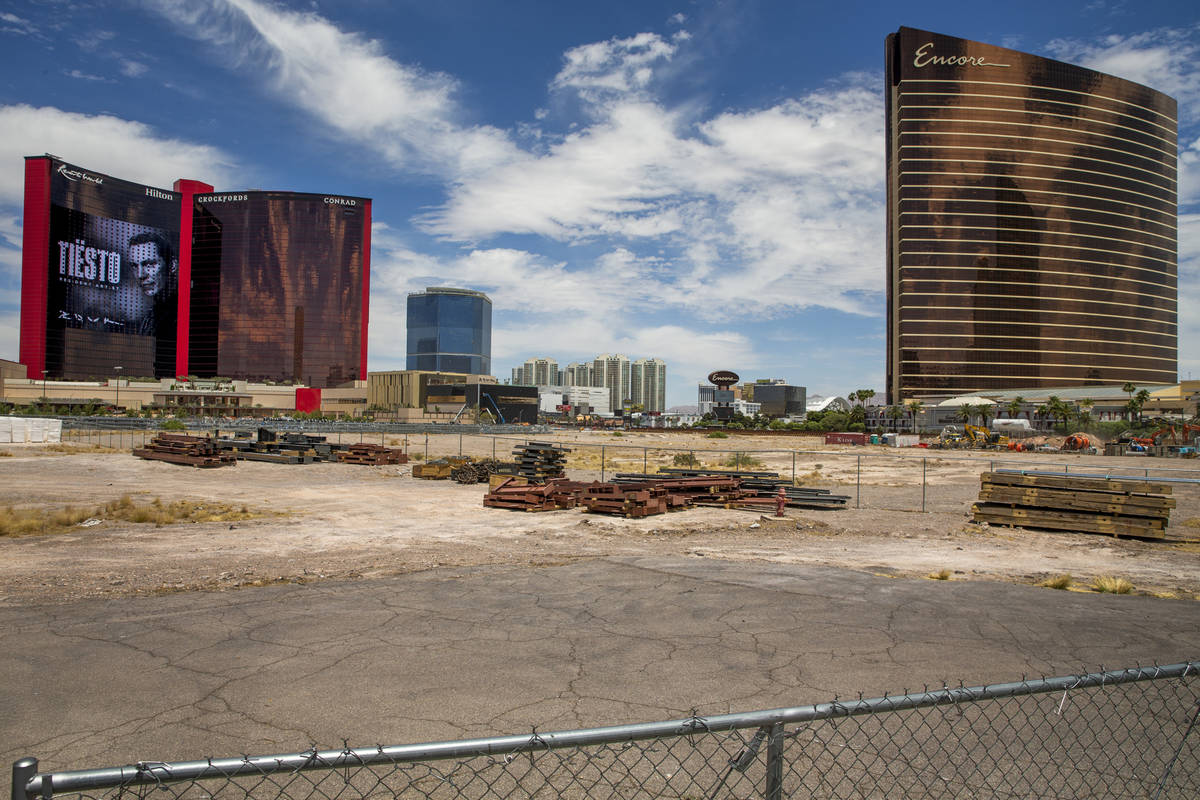 Resorts World Las Vegas with nearby properties including the 38 acres of vacant land immediately to its south (land owned by Wynn Resorts), the former Fontainebleau and Encore across the street on Wednesday, June 9, 2021, in Las Vegas. (L.E. Baskow/Las Vegas Review-Journal) @Left_Eye_Images 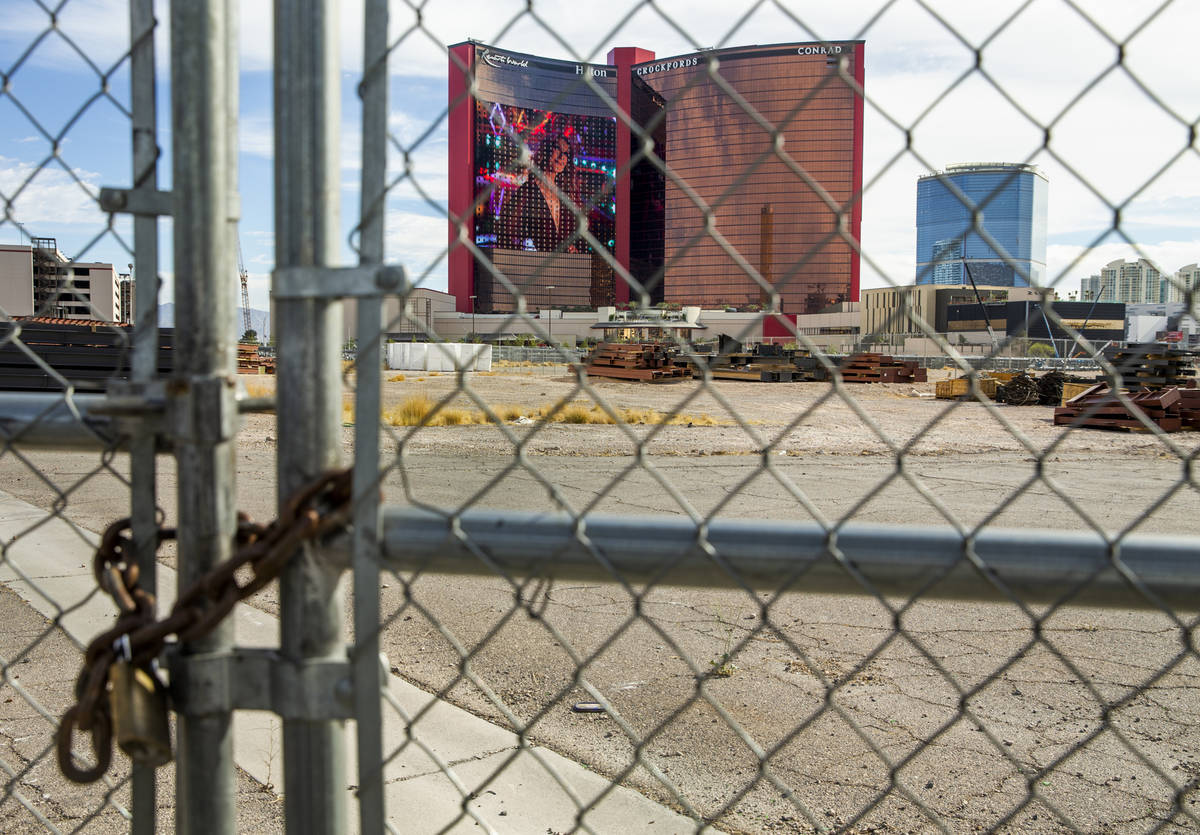 Resorts World Las Vegas with nearby properties including the 38 acres of vacant land immediately to its south (land owned by Wynn Resorts) and the former Fontainebleau across the street on Wednesday, June 9, 2021, in Las Vegas. (L.E. Baskow/Las Vegas Review-Journal) @Left_Eye_Images 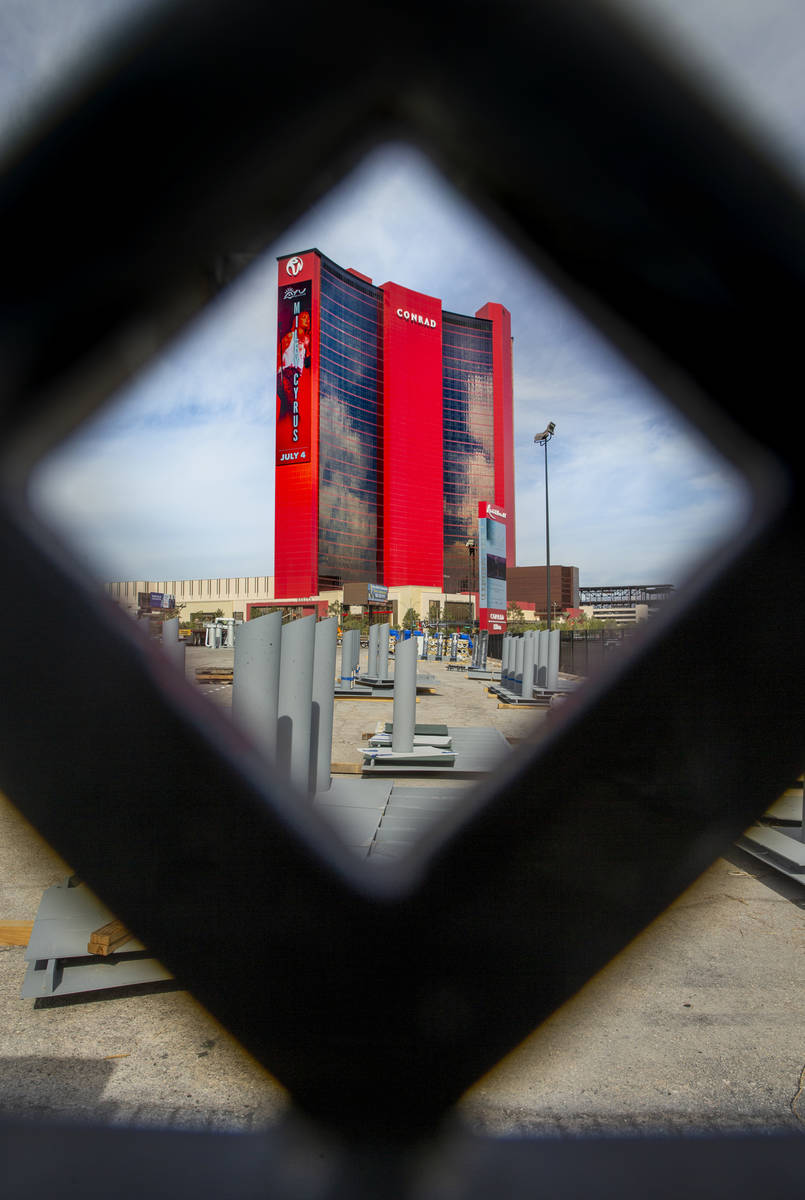 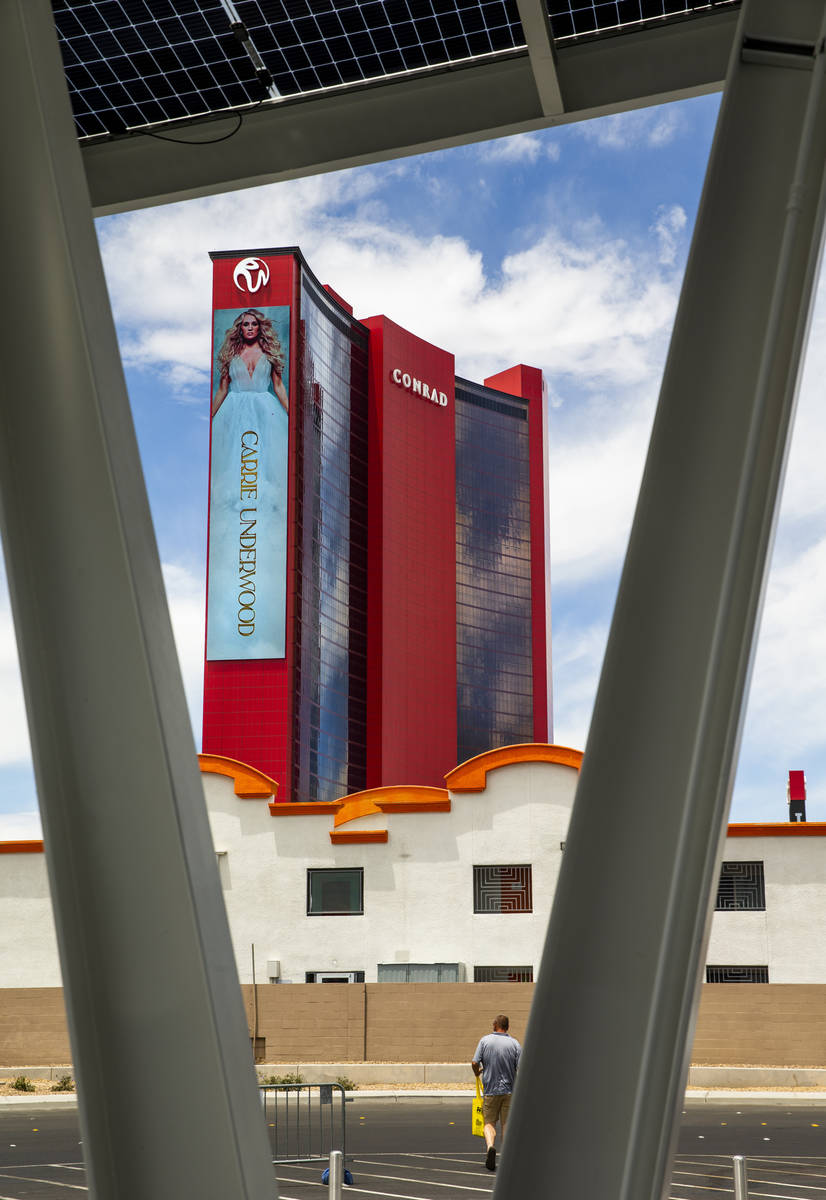 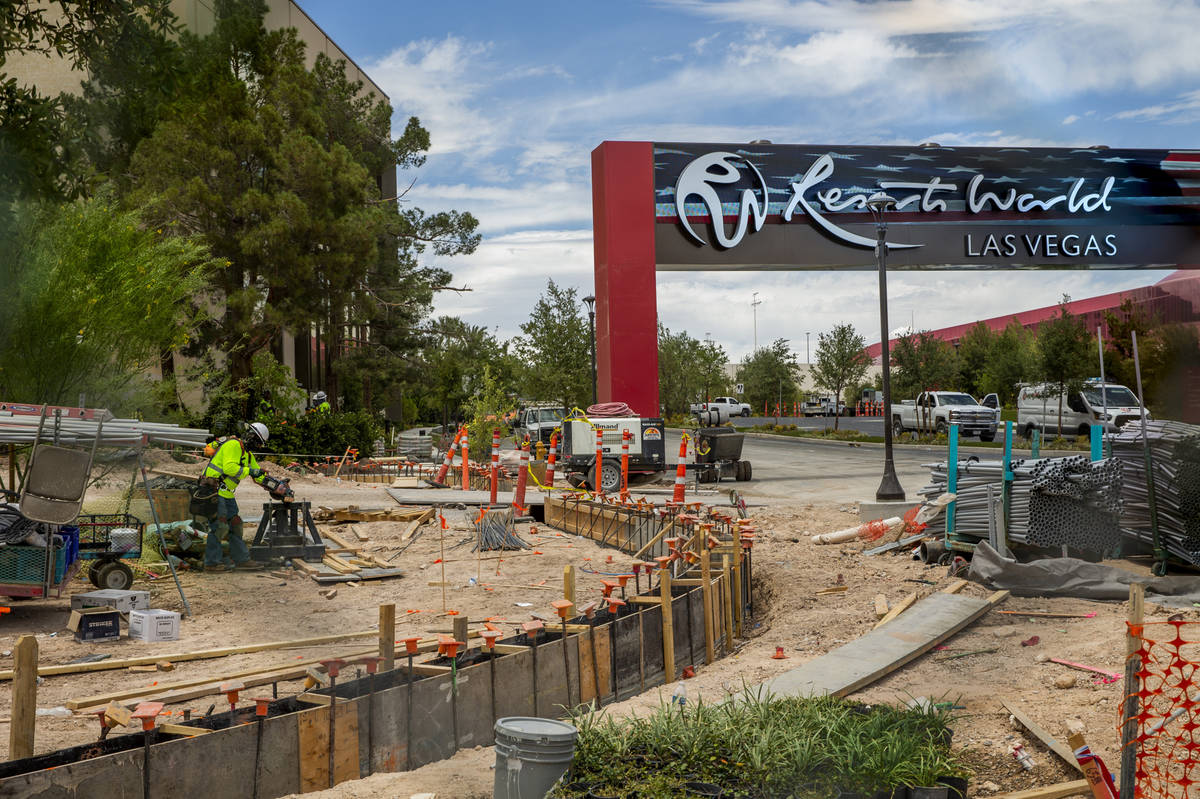 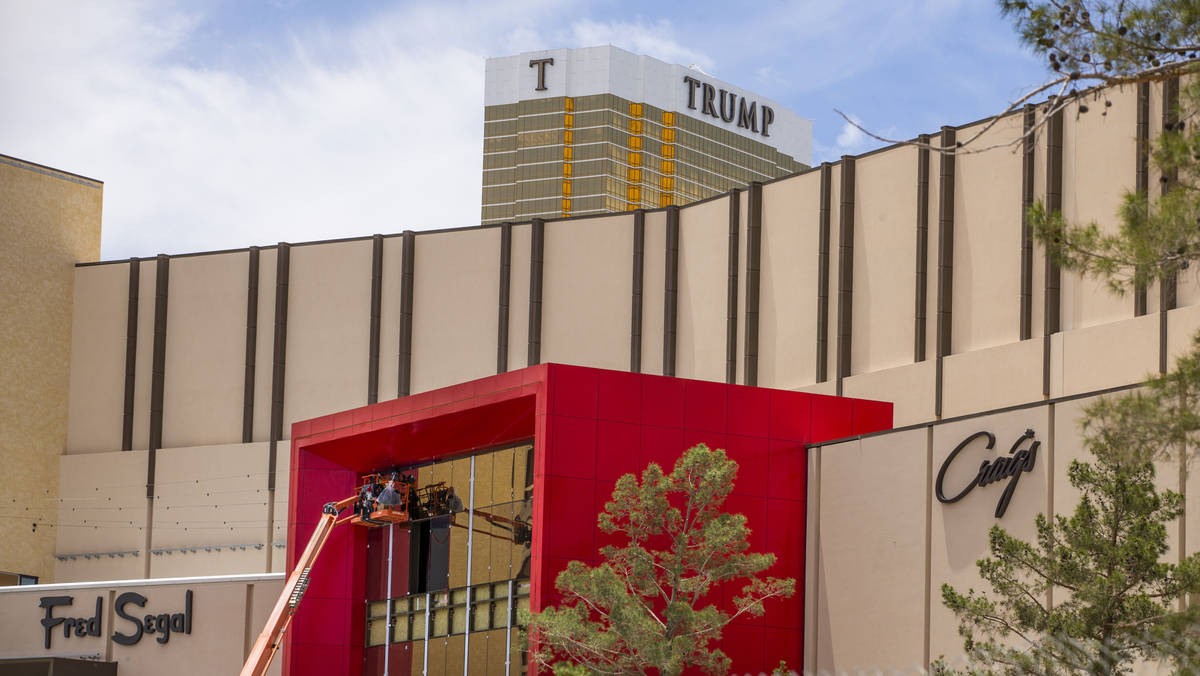 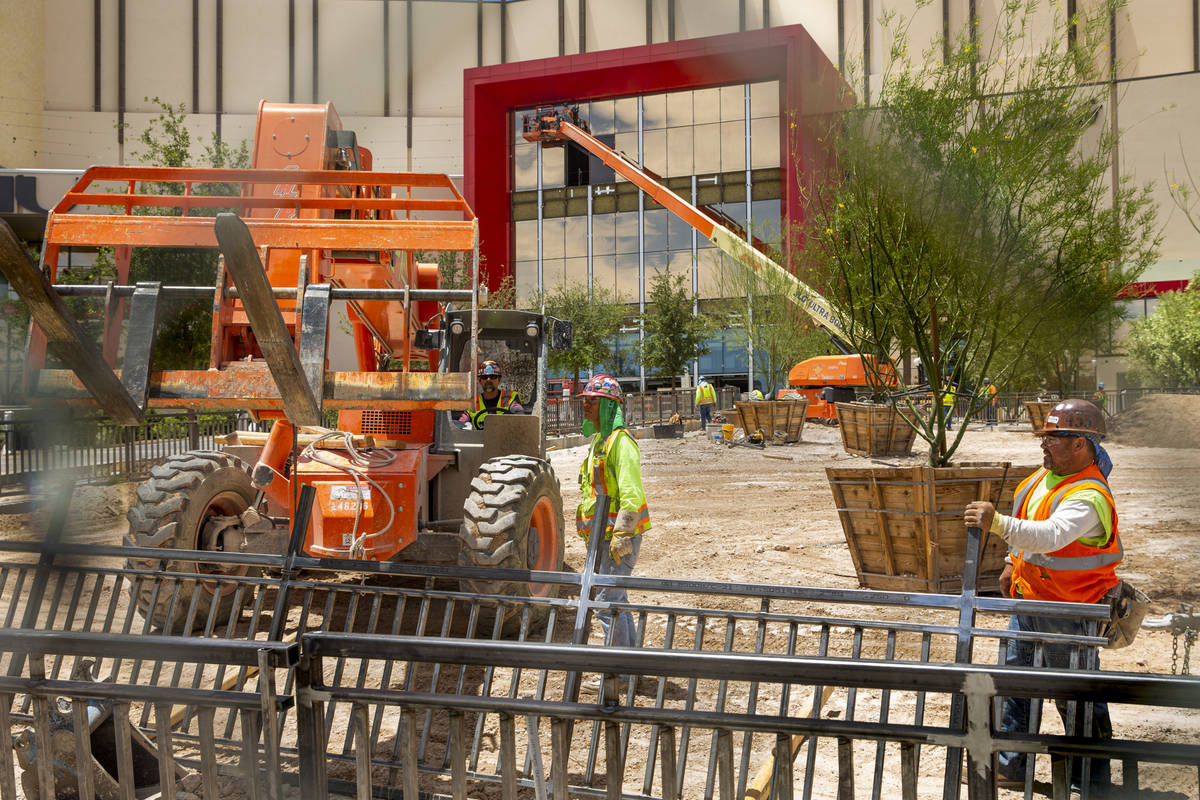 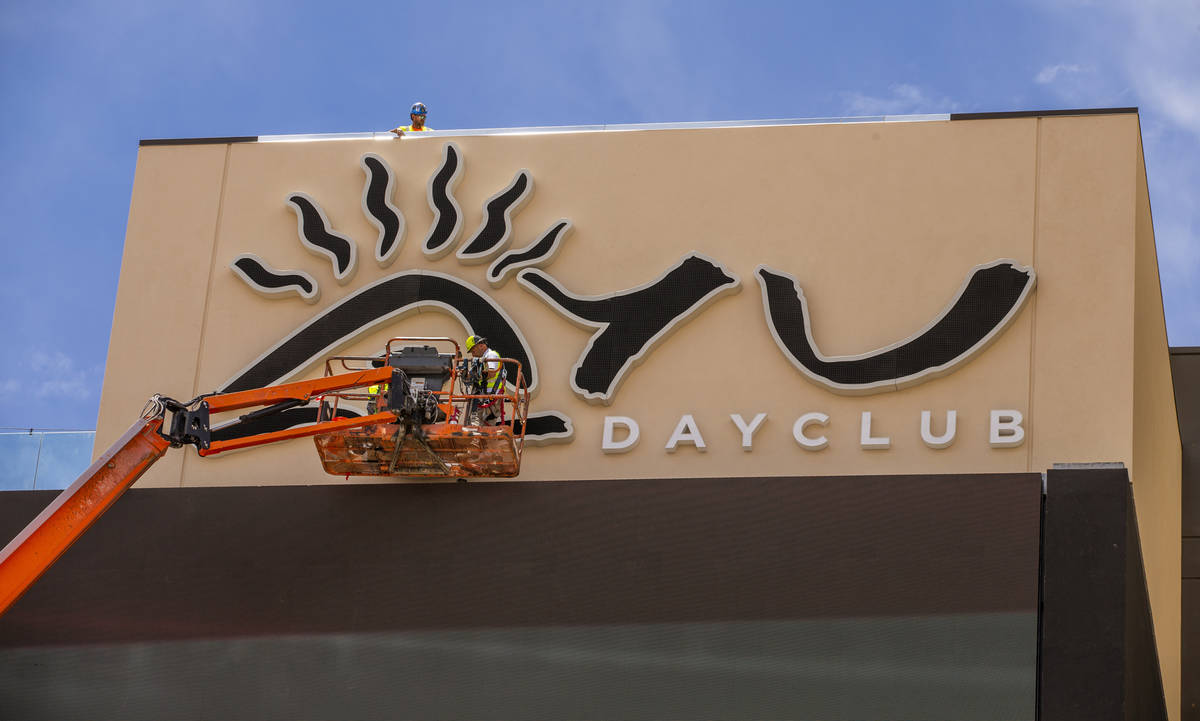 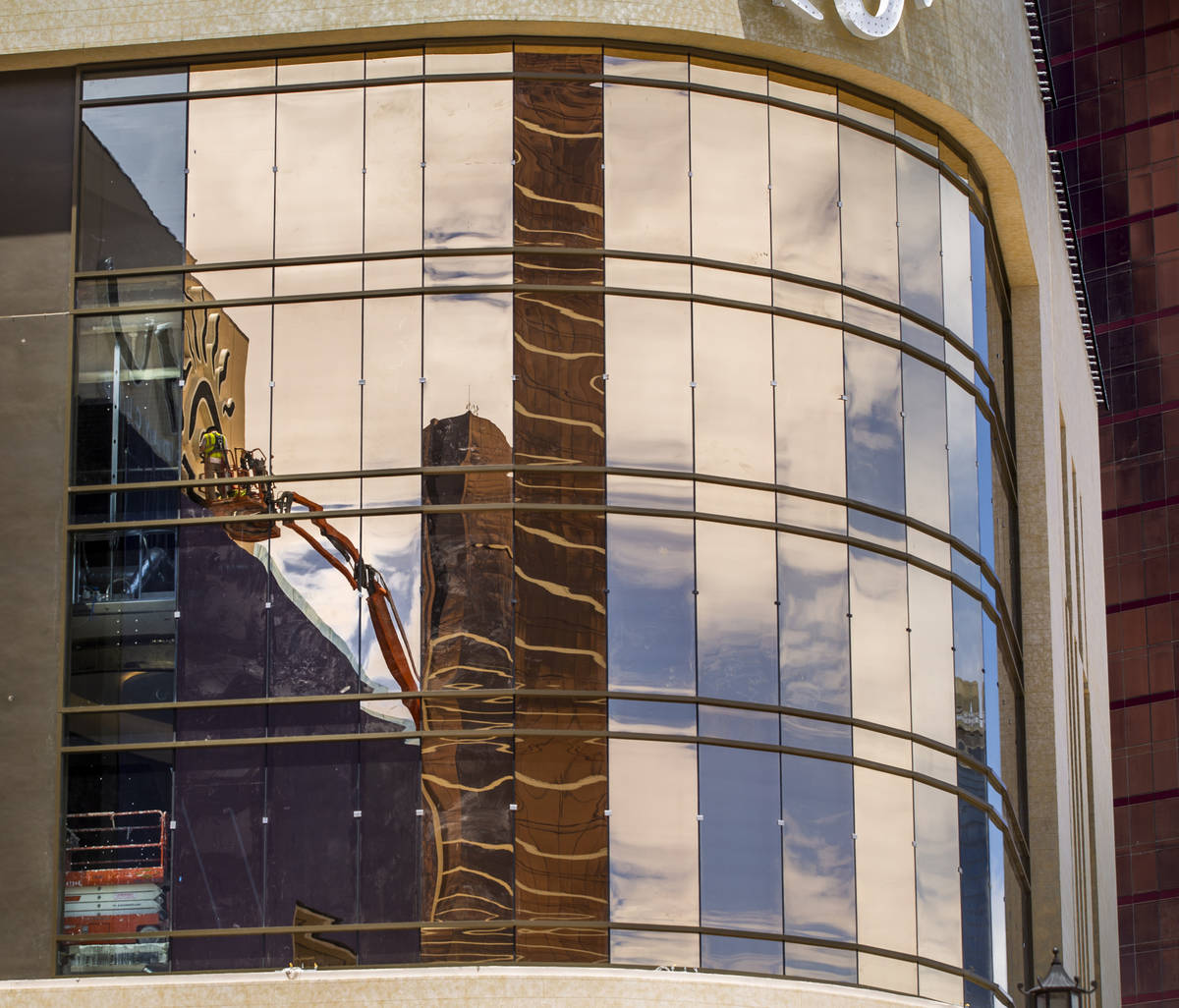 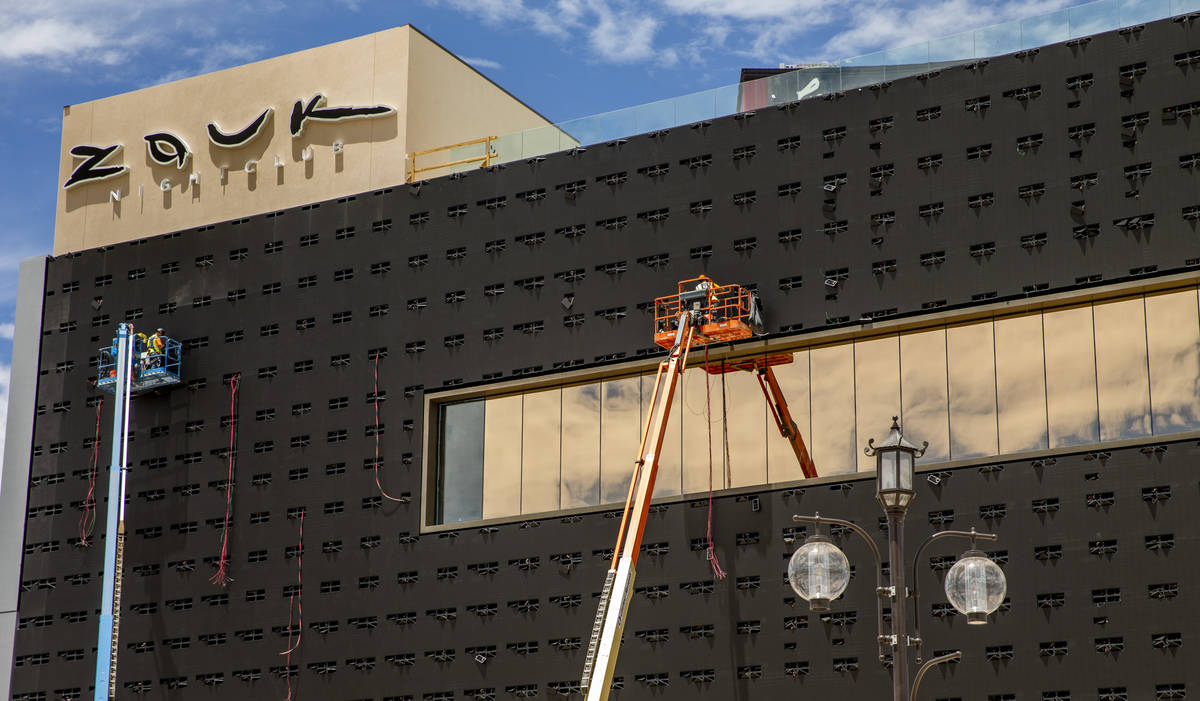 When casino giant Genting Group bought an abandoned resort site on Las Vegas Boulevard in 2013 with plans for a lavish project, the deal sparked hopes for the sleepy north end of the Strip.

The area was blighted by abandoned hotel projects and sprawling tracts of land where big visions never materialized. Foot traffic was thin, the area was poorly lit, and overall, it was just quiet, especially compared with casino-packed sections of the boulevard a few miles away.

Eight years later, Genting is scheduled to open its long-planned project, Resorts World Las Vegas, on June 24. The north Strip isn’t in the kind of dire straits it used to be in, but the new hotel could bring more tourists to the area and, if history repeats itself, a surge of visitors overall to Las Vegas who want to see the latest offering in America’s casino capital.

The $4.3 billion project is set to be a flashy property with lots of star power and is the first newly built megaresort to debut on the Strip in more than a decade — all at a time when Las Vegas’ tourism industry, the backbone of the local economy, is starting to find its footing after getting crushed by the coronavirus pandemic.

“We are trending in the right direction, but we are far from recovered,” said Jeremy Aguero, a principal with Las Vegas consulting firm Applied Analysis.

Resorts World, on the site of the former mobbed-up Stardust, was initially supposed to open in 2016. But its debut kept getting pushed back, and in real estate circles it was all too common for people to ask, “What’s going on with Resorts World?”

Its collection of retail stores is slated to include a Kardashian Kloset pop-up shop that will sell items from the reality TV family’s personal closets, and the resort boasts a lineup of scheduled concerts from Celine Dion, Katy Perry, Carrie Underwood and Luke Bryan, all of whom are slated to perform several shows.

Miley Cyrus is slated to perform there as well at a grand opening celebration July 4 that will be broadcast on the skyscraper’s 100,000-square-foot exterior LED screen.

Resorts World also has an affiliation with Hilton that, according to analysts, could lure plenty of guests who want to use or earn points with the hotel chain.

Also, simply being the newest destination in town gives people a reason to walk in.

Casinos rely on plenty of walk-in traffic. According to Aguero, of Applied Analysis, the average visitor to Las Vegas goes to five properties while here, and resorts will have guests who want to venture out to see the new one.

Tourism overall has often climbed in Las Vegas when a megaresort opens, as people are drawn to the city because of the new property.

“It makes Vegas that much more of an attraction,” said Doumani, who expects to break ground this fall on Majestic Las Vegas, a nongaming hotel off the north Strip.

Alan Feldman, distinguished fellow in responsible gaming at UNLV’s International Gaming Institute, said that over the past 30 years, “new resorts have almost always expanded the market and brought new visitors.”

Feldman, a former longtime executive with MGM Resorts International, said it appears that “all of the stars are aligning” for Resorts World’s debut, which he believes will spark more tourism overall and higher room rates across the market.

Travel to Las Vegas is already on the rise, and Feldman said Resorts World is bringing “new consumer energy” with its amenities.

There are always customers who want to see the “newest and greatest thing,” but even beyond that, Genting could draw visitors from Asia as international travel restrictions loosen, according to Michael Parks, a hotel-casino specialist with real estate brokerage CBRE Group.

Genting, based in Malaysia, has locations in its home country and in Singapore, among other places, including New York. On the Strip, Resorts World was envisioned early on to feature a live panda exhibit and a replica of the Great Wall of China, and even though such offerings were later scrapped, the property will “pay homage to Genting Group’s roots with Asian-inspired touches throughout the design and amenities,” Resorts World Las Vegas President Scott Sibella previously told the Review-Journal.

Plus, with the economy reopening, vaccines rolling out, and coronavirus restrictions being lifted, tourism overall has been gaining momentum.

As Jonas, of Truist Securities, noted, people want to visit Las Vegas after a year of not coming here “or going anywhere for that matter.”

Boyd Gaming Corp. imploded the Stardust in 2007 to clear space for its multibillion-dollar Echelon project but halted construction in summer 2008 as the once-roaring economy was stumbling.

The unfinished casino was one of many abandoned projects that littered the valley after the frenzied mid-2000s bubble burst and one in a long line of failed supersized projects on the north Strip.

By the time Genting bought the site, that stretch of Las Vegas Boulevard featured two halted, partially built resort projects, Echelon and Fontainebleau; the vacant former New Frontier site, where plans by Israeli investors for a newly built luxury resort went nowhere; the empty former Wet ‘n’ Wild water park site, where multiple plans, including a 142-story casino-resort, never left the drawing board; and the shuttered Sahara, which was being transformed into the SLS Las Vegas.

Today, the north Strip is by no means buzzing with activity everywhere. The former New Frontier site — now owned by Wynn Resorts Ltd. — and the Wet ‘n’ Wild plot — the site of along-stalled arena and hotel project by ex-NBA player Jackie Robinson — remain undeveloped. Also, the 60-plus-story Fontainebleau still hasn’t been finished more than a decade after it went bankrupt under the original developers.

However, the SLS, after a volatile start, traded hands in 2018, and the new owner launched a $150 million overhaul and renamed the property Sahara Las Vegas. The Fontainebleau was reacquired by its old developer in February, albeit with no word on when it would open, and construction of Resorts World has brought lots of people and activity to that once-quiet site.

Moreover, the nearby Las Vegas Convention Center recently finished a $1 billion expansion that brought the facility even closer to the Strip. The first major trade show in the U.S. since the pandemic hit, World of Concrete, was held this month at the convention center’s new West Hall.

Southern Nevadans have long predicted a turnaround on the north Strip, thanks in large part to Resorts World’s long-planned entrance.

That resurgence, said CBRE’s Parks, “is finally coming to life.”