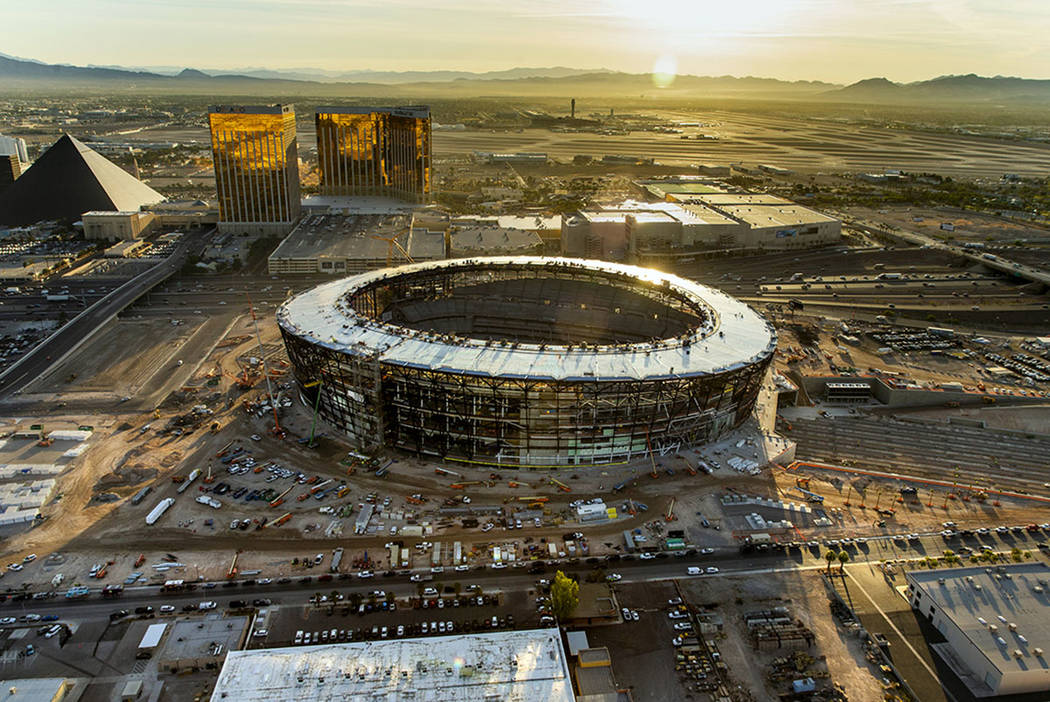 Ryan Reaves may not be the only major athlete promoting water conservation in Southern Nevada next year.

The Southern Nevada Water Authority will seek approval for a marketing and advertising partnership with the Raiders during its Thursday board meeting. The 10-year deal would cost $30 million in tax dollars.

Authority spokesman Scott Huntley said the deal would be similar to its partnerships with other local sports teams, including the Vegas Golden Knights, Aviators and UNLV.

The authority would have the ability to use the Raiders’ name and logo, identity itself as a partner of the team and place ads on TV, radio, social media and billboards and within Allegiant Stadium. A large portion of the stadium advertising will take place in the restrooms on the main and upper concourse.

“We like to use a lot of humor in our advertising, so we’re very pleased to have that,” Huntley said. “It’s kind of a captive audience.”

As for all those water conservation ads made famous by Golden Knights players like Reaves, Huntley said viewers can expect some new faces after the Raiders come to town next year.

“I think it’s possible that within a year, you might see one (TV advertisement) with a Vegas Golden Knight player and one with a Raiders player, back-to-back,” he said.

The agreement would have the Raiders contribute $600,000 annually to convert two local high school grass football fields to synthetic turf and agree to invite members of the SNWA Youth Advisory Council for a tour of Allegiant Stadium each year.

The cost of the deal eclipses the authority’s other sports partnerships, which take up about $500,000 of the $4.9 million budgeted annually for its conservation ad campaign. The Raiders partnership would cost $2.5 million in its inaugural year alone, with a 4 percent annual increase.

“It’s a very large bump for us,” Huntley said. “This is a significant increase in our existing water compliance program.”

But those impressions could lead to major cost savings at the authority. Persuading people to conserve is a much cheaper alternative to other methods of acquiring water, Huntley said.

“We do everything in our power to get that message throughout the community,” he said. “We’ll have the ability to reach such a large new audience. It’s a very attractive proposal.”