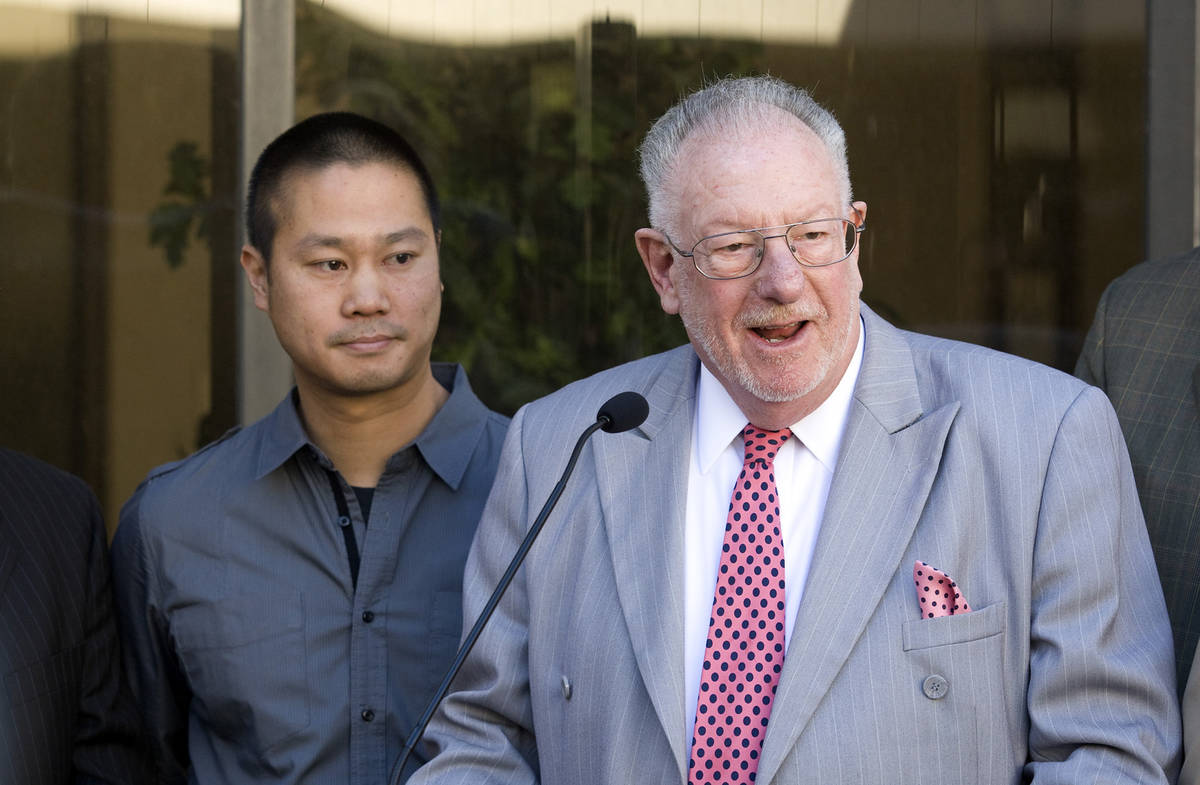 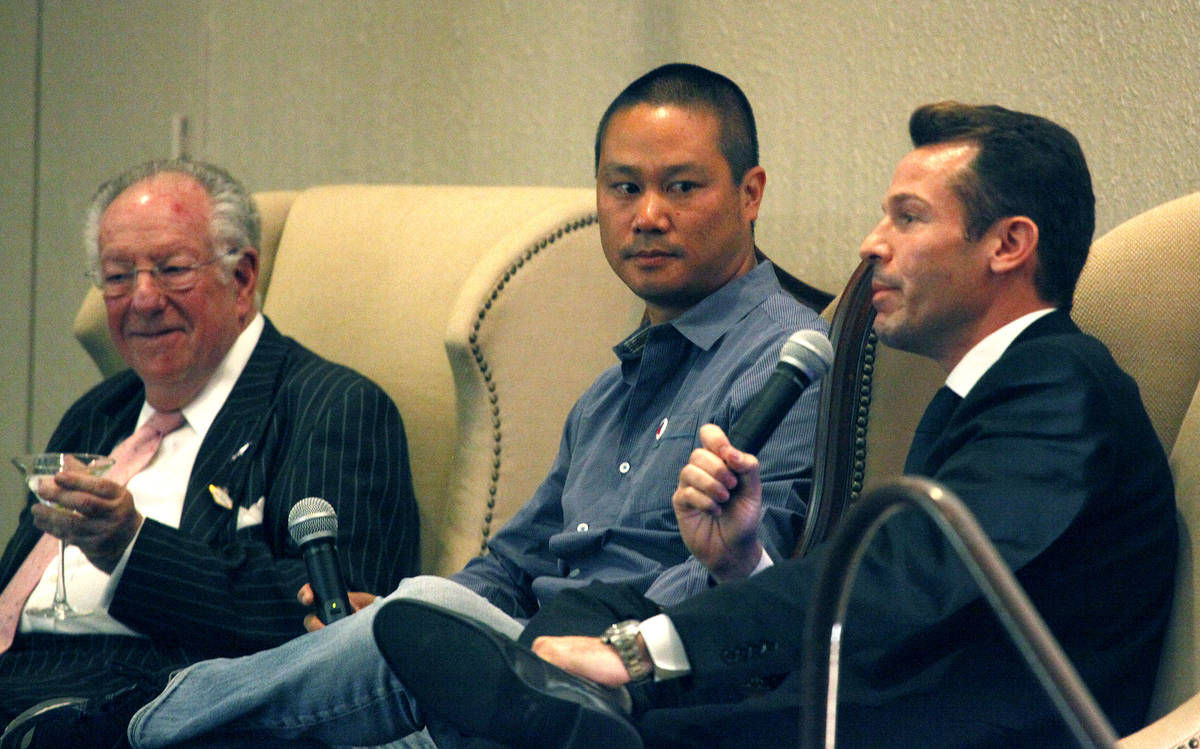 The first time Oscar Goodman visited Tony Hsieh, the mayor of Las Vegas simply asked, “What are you all about?”

“He kind of went through the thing everyone knows about him, the Zappos shoe business, the growth of the company,” Goodman said Saturday morning, a day after Hsieh died at age 46 of injuries he suffered in a house fire in New London, Conn. “But I kind of pressed him, and he told that he’d stopped attending classes for a semester when he was at Harvard.”

“I asked him why he would do that, and he said, ‘I became a businessman,’” Goodman said. “I really wanted to know why someone would stop taking classes at Harvard to open a business.”

Hsieh told Goodman of his pizza operation, which he ran out of his dorm room.

Goodman chuckles. “That was like his first business, but instead of shoes, it was pizza slices, sold to his fellow Harvard students.”

That conversation took place 11 years ago at Zappos’ headquarters on Corporate Circle in Henderson. Goodman found Hsieh “impressive,” if unorthodox.

“Zappos was an island unto itself, with us walking from cubbyhole to cubbyhole, all of them designed by the employees,” Goodman said. “It seemed like they were there to do anything but sell shoes, but they were selling a lot of shoes.”

The mayor arrived and was greeted by Hsieh himself.

Goodman seized on Hsieh’s Harvard-pizza anecdote, realizing he was in front of a real visionary. The mayor was there to do his own business, too, an idea that would revitalize downtown Las Vegas.

Goodman had led the ground-breaking efforts of the Smith Center and Lou Ruvo Center for Brain Health in what is know known as Symphony Park. But the region needed what Goodman called “a critical mass” of businesses and residents, and considered the Zappos founder an able partner.

The city was building a new, $185 million City Hall, and the old building needed a tenant.

By then, Hsieh had been in Southern Nevada for about five years, and had found a confidant in Michael Cornthwaite, a Fremont East trailblazer with his Downtown Cocktail Room. Hsieh and Cornthwaite held almost daily summits about the burgeoning entertainment district. Cornthwaite finally told him, “You should know Oscar.”

“That’s how Tony and I bonded, over our love of downtown Las Vegas,” Cornthwaite said Saturday. “Maybe in the back of my mind, it was about motivating or getting Tony even more excited about doing business down there. We had a mayor who was a willing partner in an area where it had been hard to make anything happen.”

Hsieh had told Cornthwaite he was considering a move out of Las Vegas. He loved Seattle, where young Silicon Valley-styled businesses were branching out. He was also enamored of Austin, Texas, for its fertile art and entertainment culture.

Goodman knocked those ideas down in his first meeting with Hsieh. The ex-“mob lawyer,” in his pinstrip suit, and young entrepreneur in his Zappos-branded T-shirt, became someting of an Odd Couple.

“I said to him, ‘Why in the world would you want to leave Las Vegas?’” Goodman said. “‘Everything you want is right here. Las Vegas is a perfect fit for you.’” At the time, the new City Hall office was nearly complete, and Goodman offered the 11-story building that had served as City Hall since 1972.

Hsieh rolled with a joyous parade of 2,000 employees, many of whom took over the Ogden high rise, and developed the $350 million Downtown Project real estate, business and technology effort that revived the area around the new headquarters.

Goodman says Hsieh’s influence downtown is still being felt, through COVID, beyond his departure for Park City, Utah, and even in his shocking death.

“If you look around at what has happened downtown because of Tony Hsieh, it’s almost incalculable,” Goodman said. “He was for real. He had vision. He was a shy person, a quiet person, but he was gigantic in this city.”

–Tony Hsieh to be honored on Fremont Street