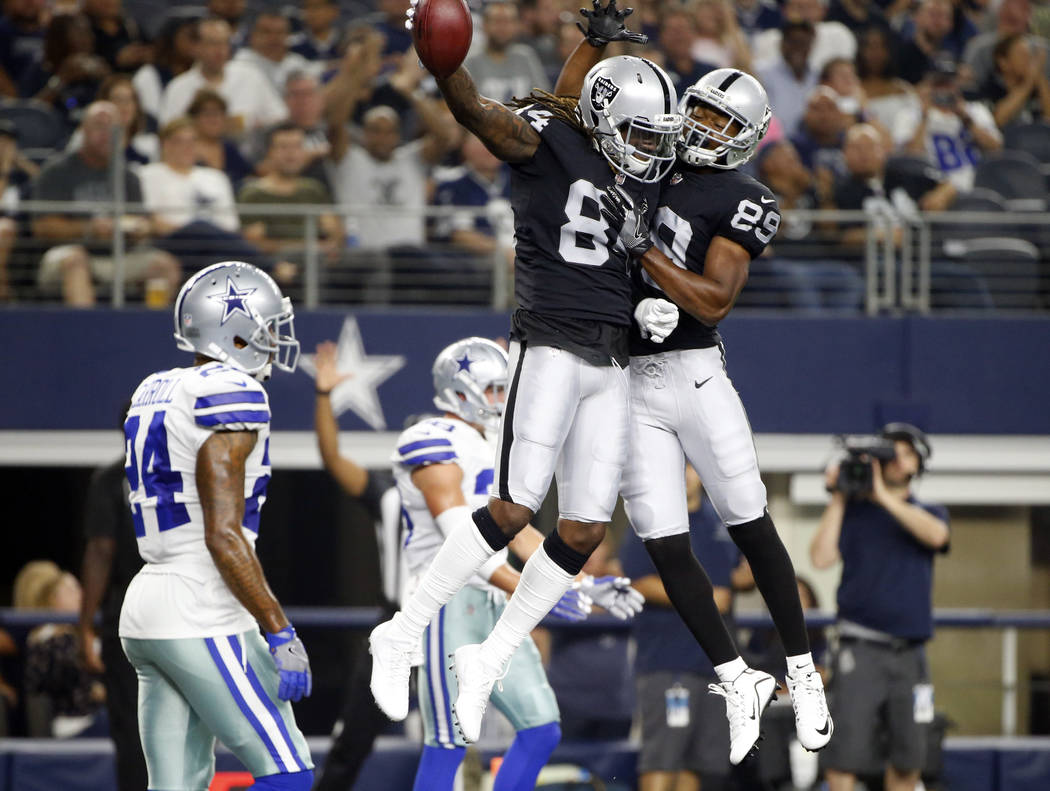 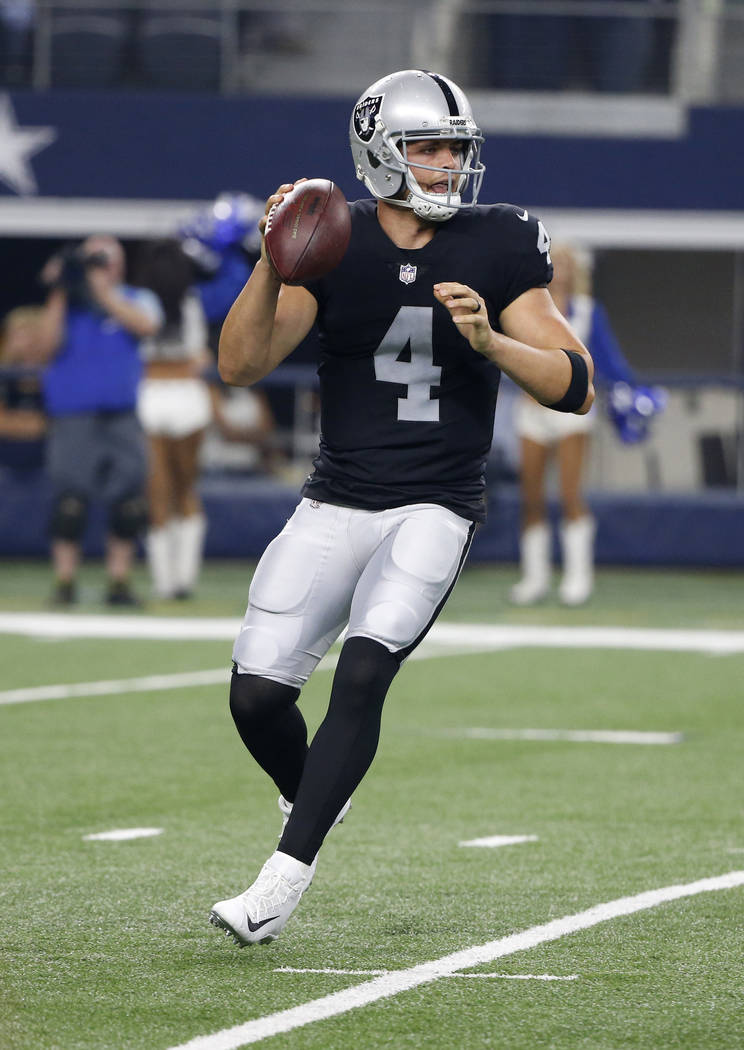 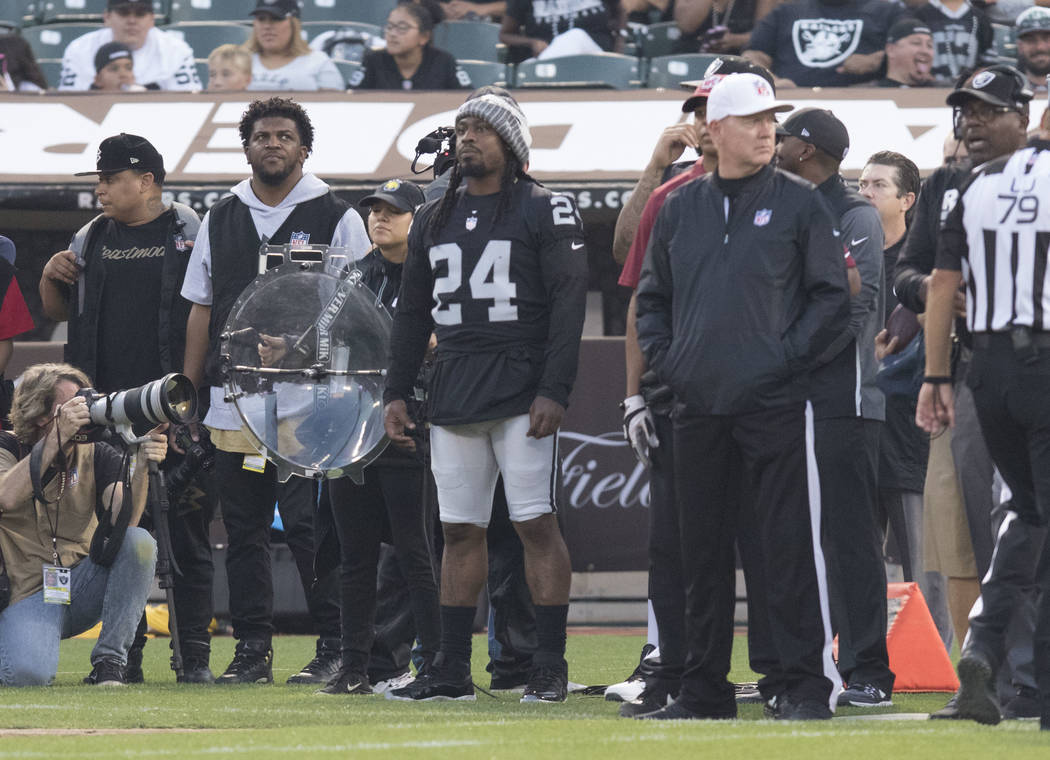 Oakland Raiders running back Marshawn Lynch (24) on the sideline in the first half of a NFL preseason game against the Seattle Seahawks in Oakland, Calif., Thursday, Aug. 31, 2017. Heidi Fang Las Vegas Review-Journal @HeidiFang 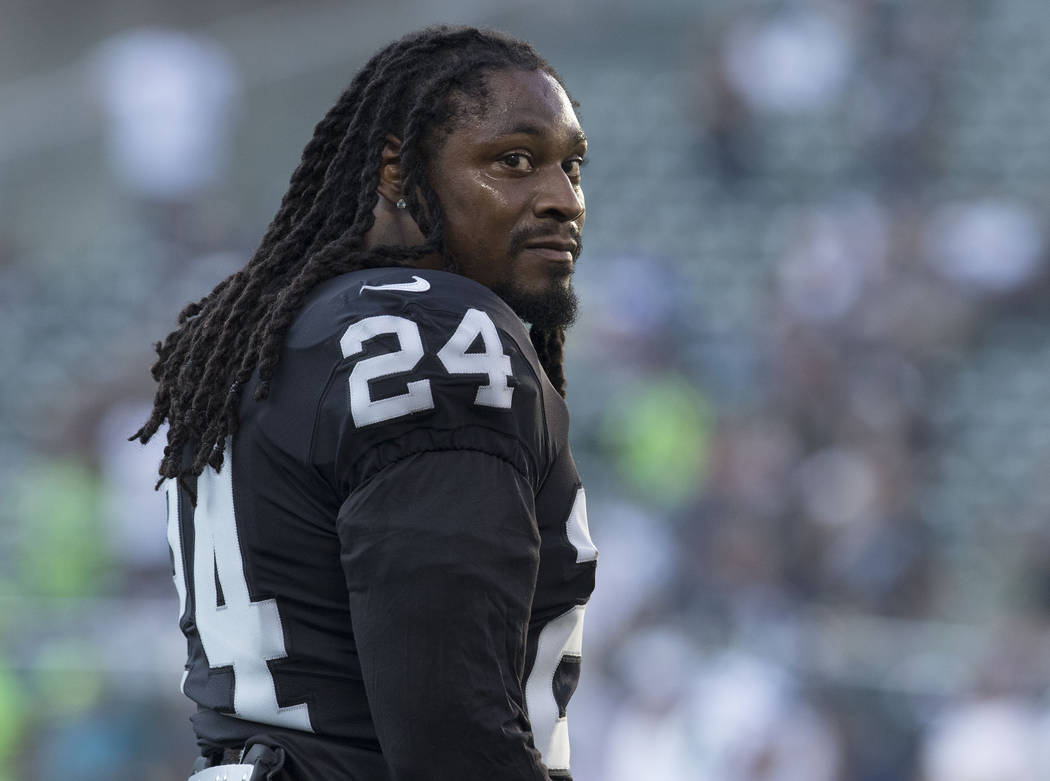 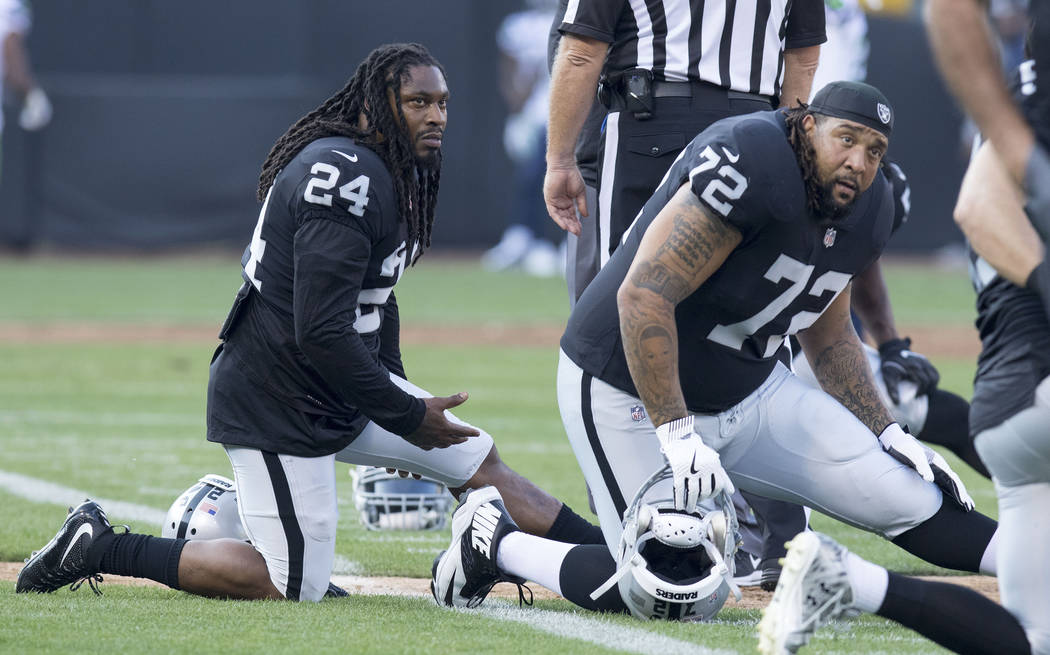 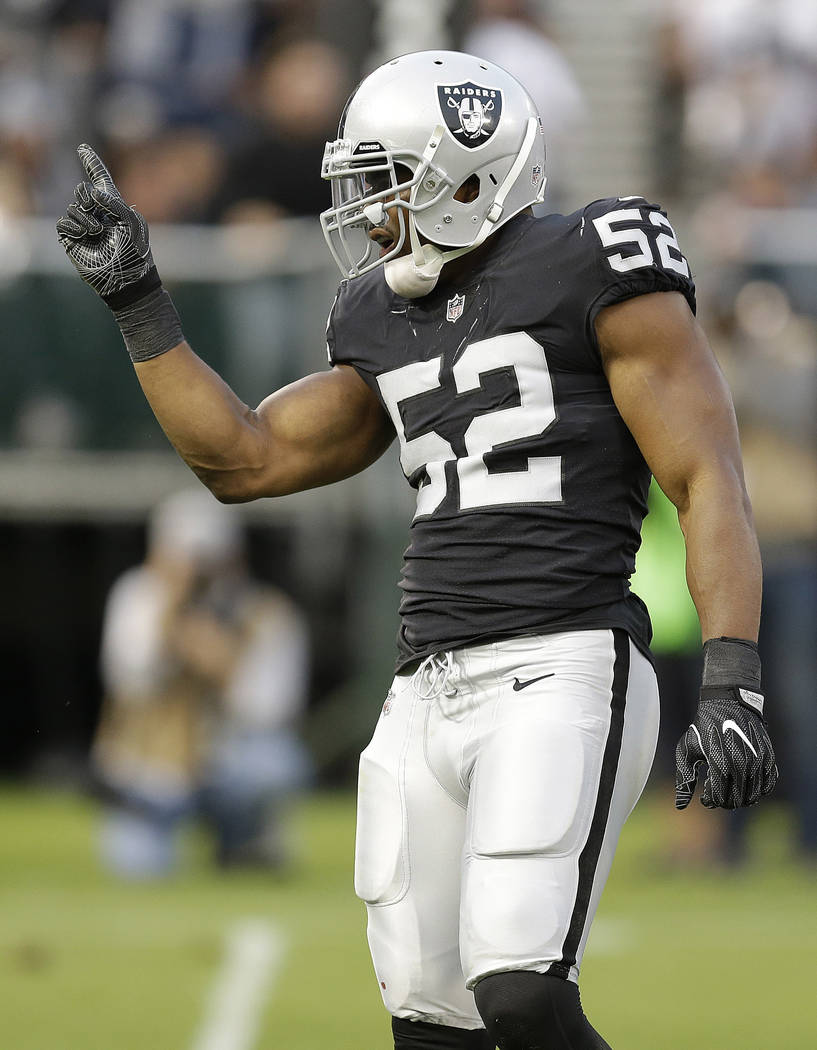 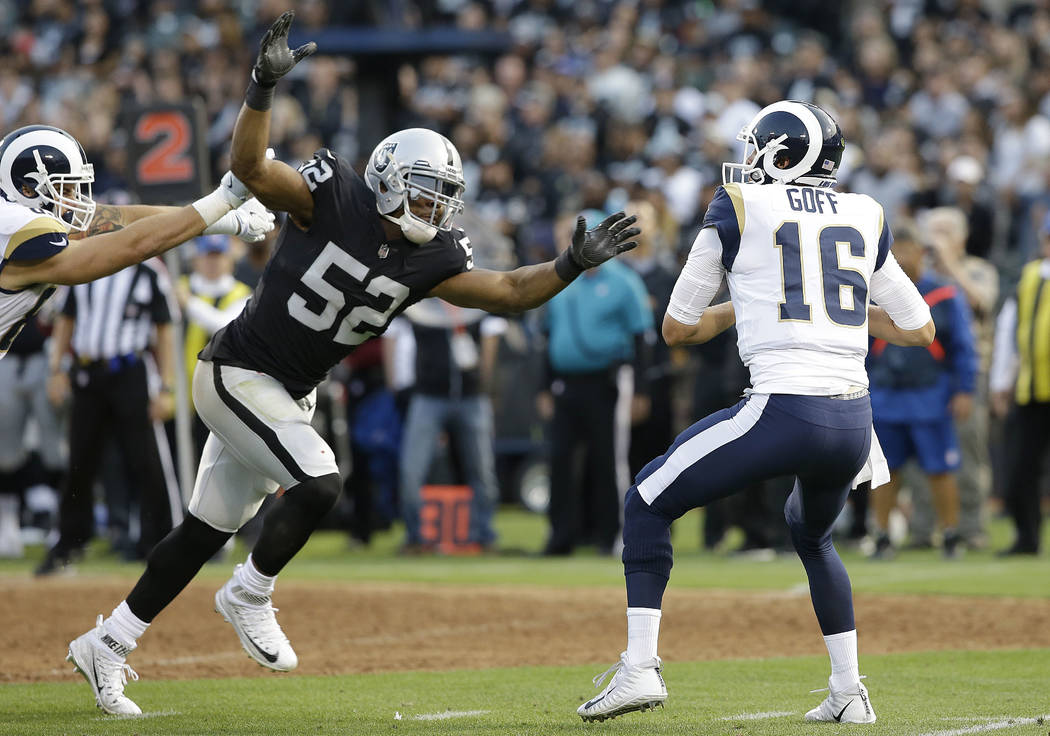 Oakland finished 12-4 last season and lost its wild-card playoff game to the Houston Texans. The Raiders went 10-7 against the spread and were one of the NFL’s best over teams with a 12-5 over-under mark.

Oakland returns quarterback Derek Carr and receivers Amari Cooper and Michael Crabtree to an offense that was seventh in the league in scoring last season with 26 points per game and added running back Marshawn Lynch.

The Raiders feature dynamic linebacker Khalil Mack but the rest of the defense is a question mark. Oakland was in the league’s bottom 10 in passing defense last season, 20th in scoring defense (24.1 ppg) and last in sacks (25).

Despite facing the NFL’s fourth-most difficult schedule, the Raiders are the 7-1 second choice to win Super Bowl LII at CG Technology sports book.

Odds are subject to change.

*Schedule is subject to change